LEXUS is on a bit of a winning streak at the moment and this trend is set to continue thanks to an all-new coupé called the RC. 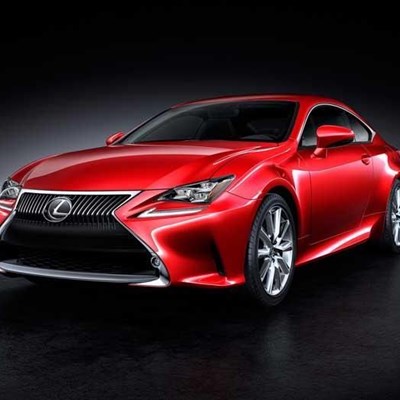 This week Lexus revealed the first details and images of this beautiful machine ahead of its world premiere at the 2013 Tokyo Motor Show later this month.

This coupé will undoubtedly broaden Lexus’ appeal and raise its reputation as a luxury manufacturer even further. Will it be as sensational to drive as it looks? Well, that remains to be seen, but consider Lexus’ previous attempt at building a performance coupé, the LFA. We’re quite sure the men in white coats at Lexus know what they’re doing.

As you’d expect, the interior is as striking as the edgy exterior. There’s a new lighting package that illuminates from the bottom rather than the top and you get high-contrast interior trim.

The driver's cockpit is divided into operational and display zones. The upper zone houses the instrument panel and a seven-inch navigation screen while a layered centre console integrates a new Lexus-first Remote Touch Interface.