MOSSEL BAY NEWS - Although the Justworx Daytona Rally was not a spectator event, this did not deter locals from lining the streets of Mossel Bay to get a glimpse of the supercars that buzzed around town last weekend.

Excited comments such as, "I can't wait for the cars to arrive," were heard from many, and they were certainly not only young, starry-eyed boys.

What differentiated the Daytona event in Mossel Bay from the other rallies in Port Elizabeth and Cape Town, was that Mossel Bay did not offer the racers a race track. In Port Elizabeth, the action took place at the historic Aldo Scribante Race Circuit.

Mossel Bay
In Mossel Bay, the event started late, but none of the keen onlookers seemed to mind the wait. According to information, the cars' late arrival had something to do with traffic policing on the N2. But, as a reader of the Mossel Bay Advertiser rightfully pointed out, "Who can be expected to stick to the speed limit in one of these babies?"

During the official opening hosted at the Aeronautica Business Lounge, Mossel Bay Deputy Mayor Dirk Kotzé, who later enjoyed a thrilling ride in a Ferrari, emphasised that this unique event was brought to Mossel Bay as part of the plan to stimulate the local economy.

Phoenix events CEO Mark Castell urged the racers to be mindful on the route, as it wound through a residential area. Castell warned the racers about the absence of barriers.

"Let's not wreck this beautiful town by putting a car through someone's wall," he said. "This is a fun race, participate for the love of racing." 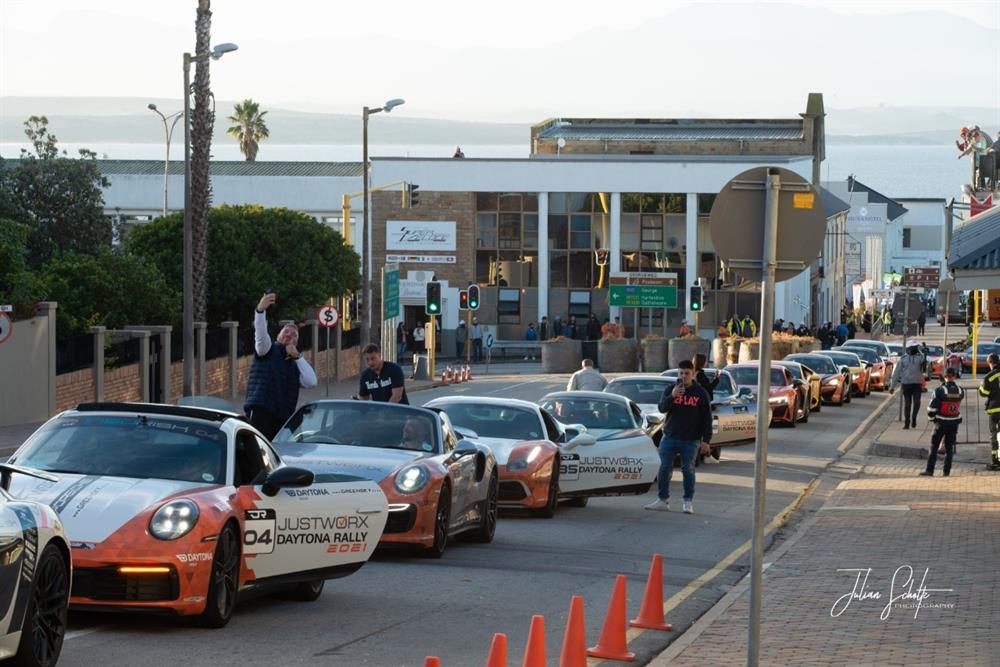 The stuff that dreams are made of, lining Church Street in Mossel Bay.
Photo: Julian Scholtz

The auction raised R270 000, which will be distributed among three local charities, including the Mayoral Fund.

After the official opening, charity rides were offered. One of the beneficiaries was Aldrich Kruger (12), a local cancer warrior.

After the event locals spoke of their experience on social media, mostly saying the rally brought the life back to a town so used to hosting festivals. Some lamented the fact that opportunities to see the cars in action were sparse. Those living along the route enjoyed the action from the comfort of their homes.
Photo: Steve D'Elboux

Others scolded pedestrians for disrupting the race by crossing the road, thus causing a safety hazard.

"Everyone came together to make this street circuit a reality. Without the support of the amazing people of Mossel Bay the street circuit would not have been as successful as it was," said Castell.

Read more in Francois Germishuys' article published in the Carmag supplement on page 31. 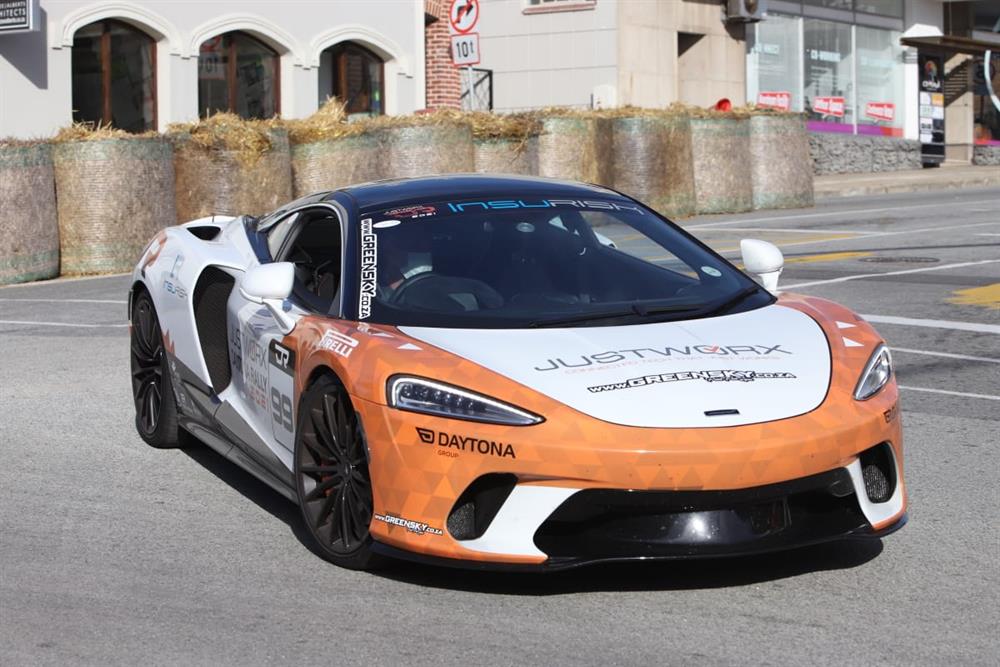 Bales were set out along the route to ensure safety.