George Palmer is a big name in the motorbike sporting fraternity and in his day raced his way to many trophies. Photos: Ilse Schoonraad

MOTORING NEWS - It's not every day you come across a collection of model cars, each lovingly handmade from wood. Such a collection can be found at a house in George where George Palmer has spent many pleasurable hours in his workshop creating a mini old car show of all his "old" cars - every car he has ever owned.

This masterful collection is a result of Palmer's lifelong passion for carpentry and cars. Growing up in Kwazulu Natal, Palmer started out as a carpenter by trade, but has always loved speed, bikes and cars. 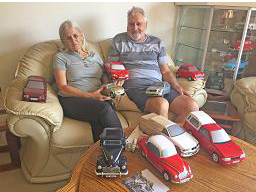 Display cabinets in Lynda and George Palmer's house in Denneoord are filled to the brim with George's model cars and motorbike trophies.

It is this unique marriage of skill sets, his attention to detail and fine eye for perfection that culminated in his extraordinary collection of model cars.

A few years ago Palmer, who moved to George in 1993, set out to find a replica of each car he's ever owned, but, unable to succeed in this goal, he decided to make them himself. The models are made to scale from super wood with meticulous attention to detail. 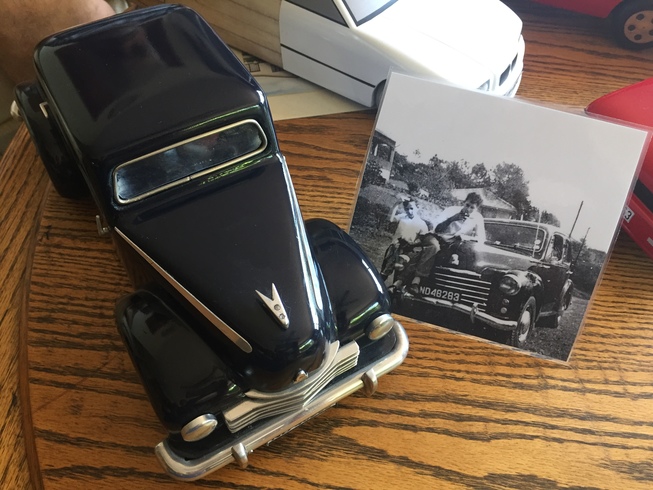 George Palmer's first car was a Vauxhall Velox. On the photo he can be seen with the actual vehicle in the early 1960s.

It takes Palmer about two weeks to complete one of these beautiful cars in his expertly kitted workshop – his pride and joy.

We hope to see George's mini old car show at the George Old Car Show in February next year!