AS A young boy, I spent ages reading car magazines, dreaming of the day when I finally got to drive cars for a living. 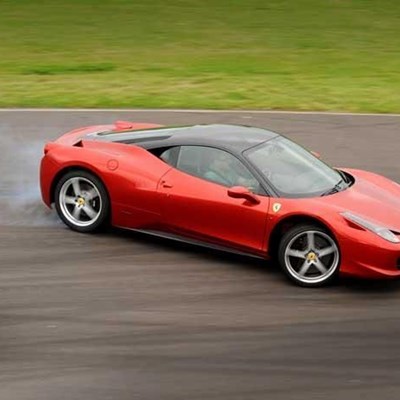 I cherished every single page and read every publication multiple times. My wife tried to throw them out after we got married, but that’s one of the admittedly few matrimonial disputes I’ve won so far.

These magazines are in a sad state after so many years. Most of the pages are torn at the edges and some of the colours have faded from the pictures I loved looking at. But there are a few pages I’ve kept in pristine condition, mostly because what was on them was very special to a young impressionable boy like me.

The subject of my younger self’s affection was, naturally, Ferrari. There are a few supercar manufacturers out there, but none of them have the emotional appeal and charismatic qualities of the prancing horse. I badly wanted to get behind the wheel of one, one day.

My dream was realised on 3 June 2013 at the age of 28. As I climbed out behind the wheel of my first Ferrari ever, the California, I was sending mental high fives back in time. My 10-year-old self and I were jumping for joy.

The question is: was worth the wait? Yes, for one very good reason.

You see, the friendly folk at Viglietti permitted us to drive not one, but three models. Not just around the block either, but on sacred grounds: Kyalami racetrack. Worth the wait? A million times yes.

As you can see from what I’ve written above, it’s hard not to get carried away by this grand occasion. A Ferrari is something truly magnificent and to drive three on the same day proved to be too much for my frail constitution. As I write this morning, my neck is quite stiff from all the lateral g-force it was subjected to, but more on that later.

Ferrari was kind enough to fly two instructors from their FXX programme to South Africa to show us how their cars should be driven. We each got two laps with the driving maestros and one lap to try the cars for ourselves.

First up was the California, a four-seat drop-top with a 360kW/505Nm V8 engine. It was a grand introduction to the Ferrari line-up, as it’s supposed to be an easy-to-use everyday supercar. From behind the wheel I could see that it does indeed deliver on that promise, as it was as quiet and easy to drive as a Ford Fiesta.

Once you step on the loud pedal though, all hell breaks loose. The dual-clutch gearbox drops a few cogs and gives you access to all the power delivered by that superb, hand-built V8 engine. It also makes a spine-tingling noise that works its way into every molecule of your body. I was in love, but as I found out later, not for the last time that day.

The Ferrari FF was up next, but due to time constraints I couldn’t experience the hottest hatch of them all for myself. I can tell you that every inch of its interior is covered in expensive cow and that it has enough space for four people. Thanks to a naturally aspirated V12 engine delivering 486kW and 683Nm, it’s also frighteningly fast. I’m talking 0-100km/h in 3.7 seconds fast.

The best, as it turned out to be, was left for last. Marco Jacoboni, a driving instructor with 20 years’ experience and quite possibly the coolest man in the world, took me around Kyalami in the all-new 458 Italia.

To say the Italia is a good car is a bit like saying Table Mountain is a pebble. For the first time in my life I was left speechless. The 458 is epic and it can do spectacular things with someone like Marco behind the wheel. In less than two minutes, this man and his machine changed everything I thought I knew about performance cars. To give you an example, Marco entered the mineshaft sideways, while telling me about the traction-control switch on the steering wheel. What a man. What a car.

I took the 458 around myself and was left dumbfounded by what this car is capable of. Everything from the engine to the dual-clutch gearbox is at the top of its game. One lap was all I needed to fall deeply in love with an Italian machine.

Yes, these cars are expensive, but you have to experience them for yourself to get what they’re all about. We’re talking about something that’s far more than four wheels and a body. With a Ferrari you get the heritage, the technology, the speed and the knowledge that you’ve bought the best, but most importantly, it’s the realisation of a childhood dream.

For all of the above, a few million seems like a bargain to me…