Driver of the Year event this Saturday

George fireman Solly Gysman will be defending his title at the Driver of the Year 2019 competition in the Eden Meander parking lot this Saturday.

The municipality is celebrating the event’s 40th year of existence – a proud tradition and highly contested event among the city and region’s large vehicle drivers.

George Municipality Traffic Chief Donovan Saptoe said the annual competition was growing every year since its inception in the 1970s and coincided with national Transport Month.

“About 100 drivers from local distribution companies, public transport and the municipality is expected to participate on Saturday.”

The overall title is this year being defended by one of the municipality’s own, George fireman Solly Gysman, who won the articulated vehicle category and the coveted overall title last year, leaving 84 other competitors in his wake.

Driver of the Year is an annual event organised by the George Municipality to promote responsible driving and develop skills. Drivers compete in five categories including busses, vans, rigid trucks, articulated vehicles and rigid drawbar vehicles. 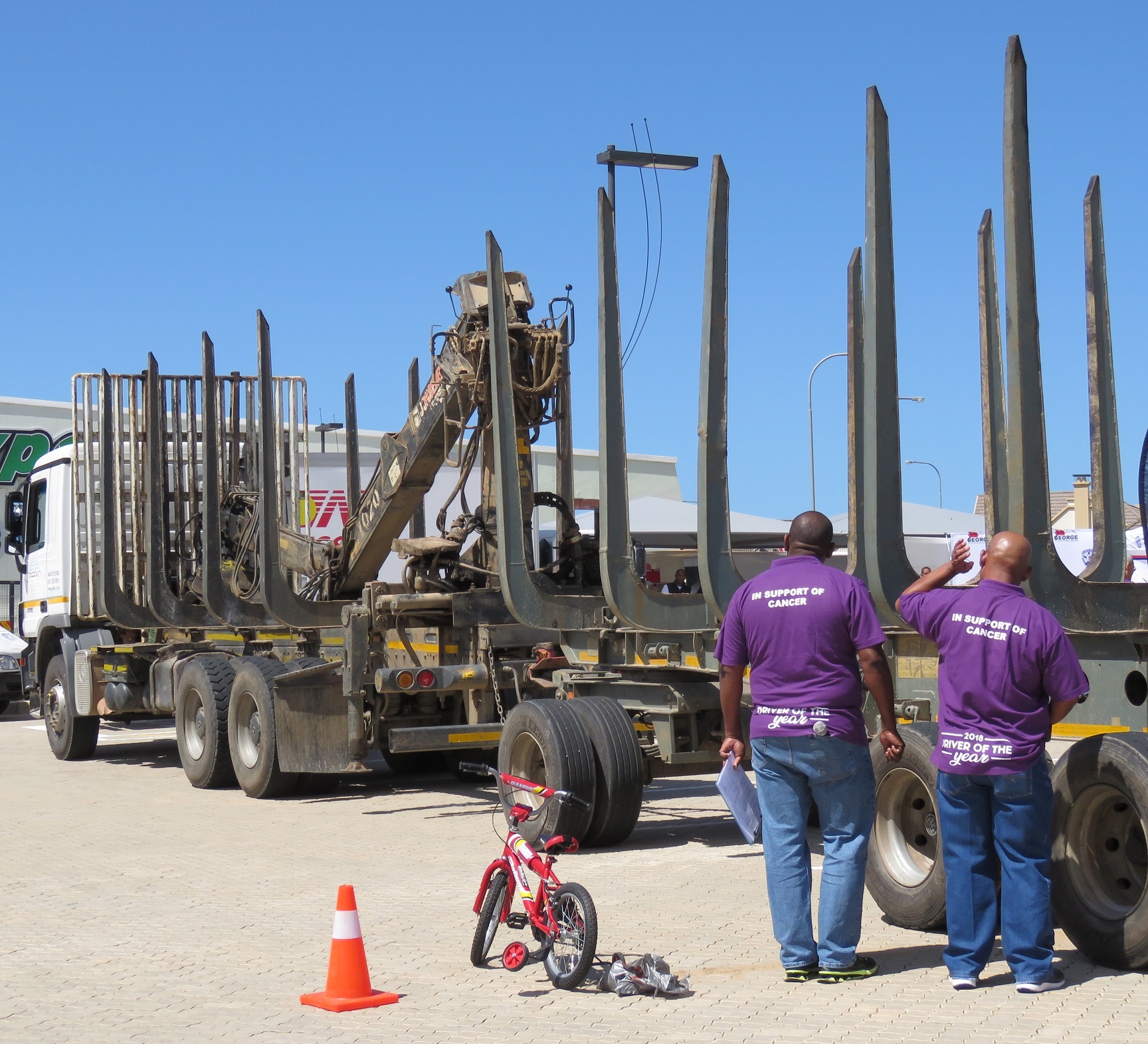 Come stand amazed at the accuracy with which the driver of rigs such as this timber truck go through the obstacle course. The bicycle in this picture is used as a marker - points are allocated based on the distance between the vehicle and the bicycle.

Points are allocated based on a vehicle inspection, road test and manoeuvres through an obstacle course, and winners announced at the end of the day.

Proceedings, in the parking lot at the back of the centre, start at 8am and include a children’s educational entertainment area. “We invite parents to bring their children to not only come see the big trucks but also to come ride bicycles and tricycles (provided) on road safety mats. Special attendants will teach road traffic rules and road safety awareness to the kids while they are having fun,” said Mr Saptoe. 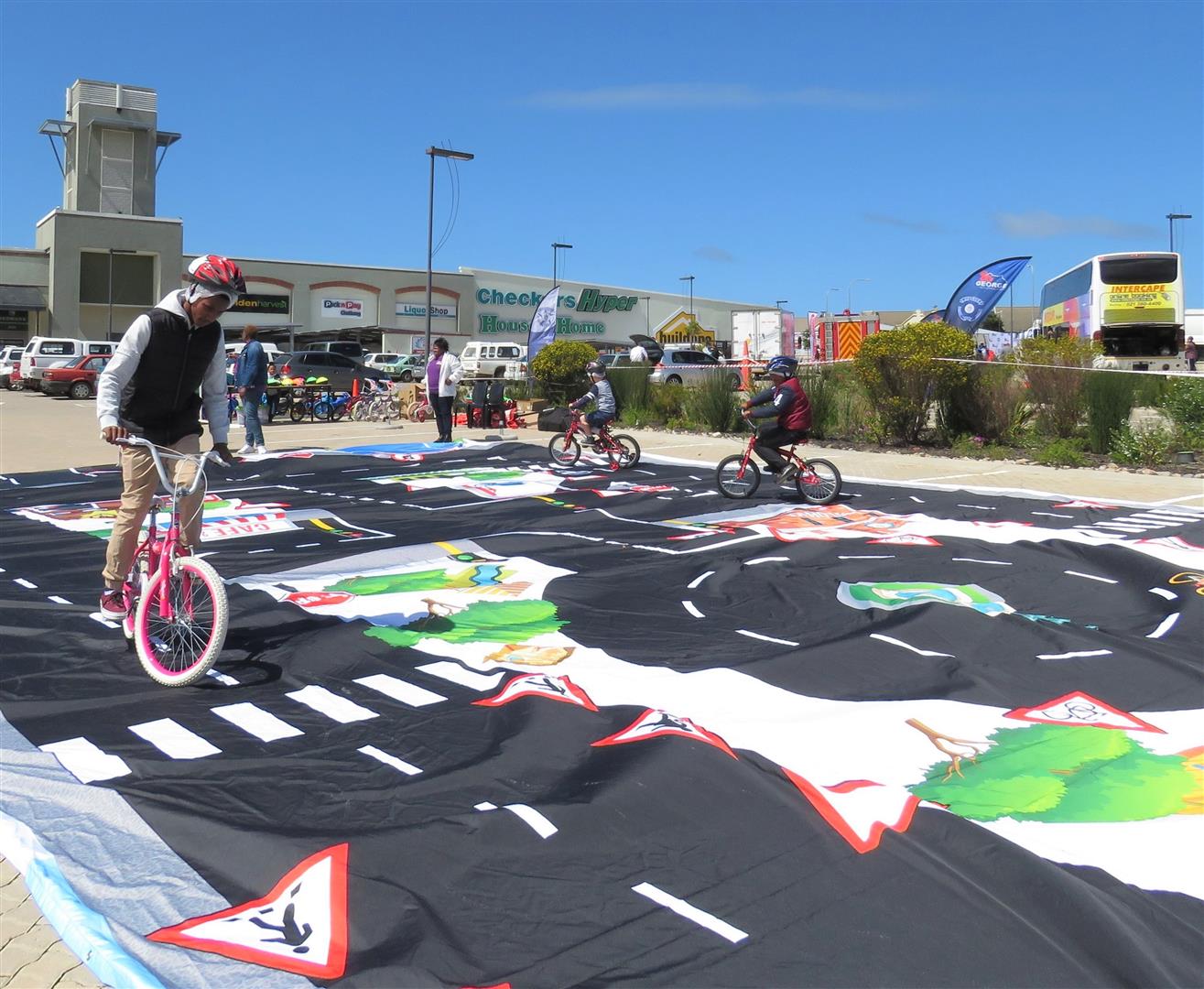 Kids can come ride on the traffic safety mats and learn a few rules of the road while having fun (the bikes and helmets are provided). 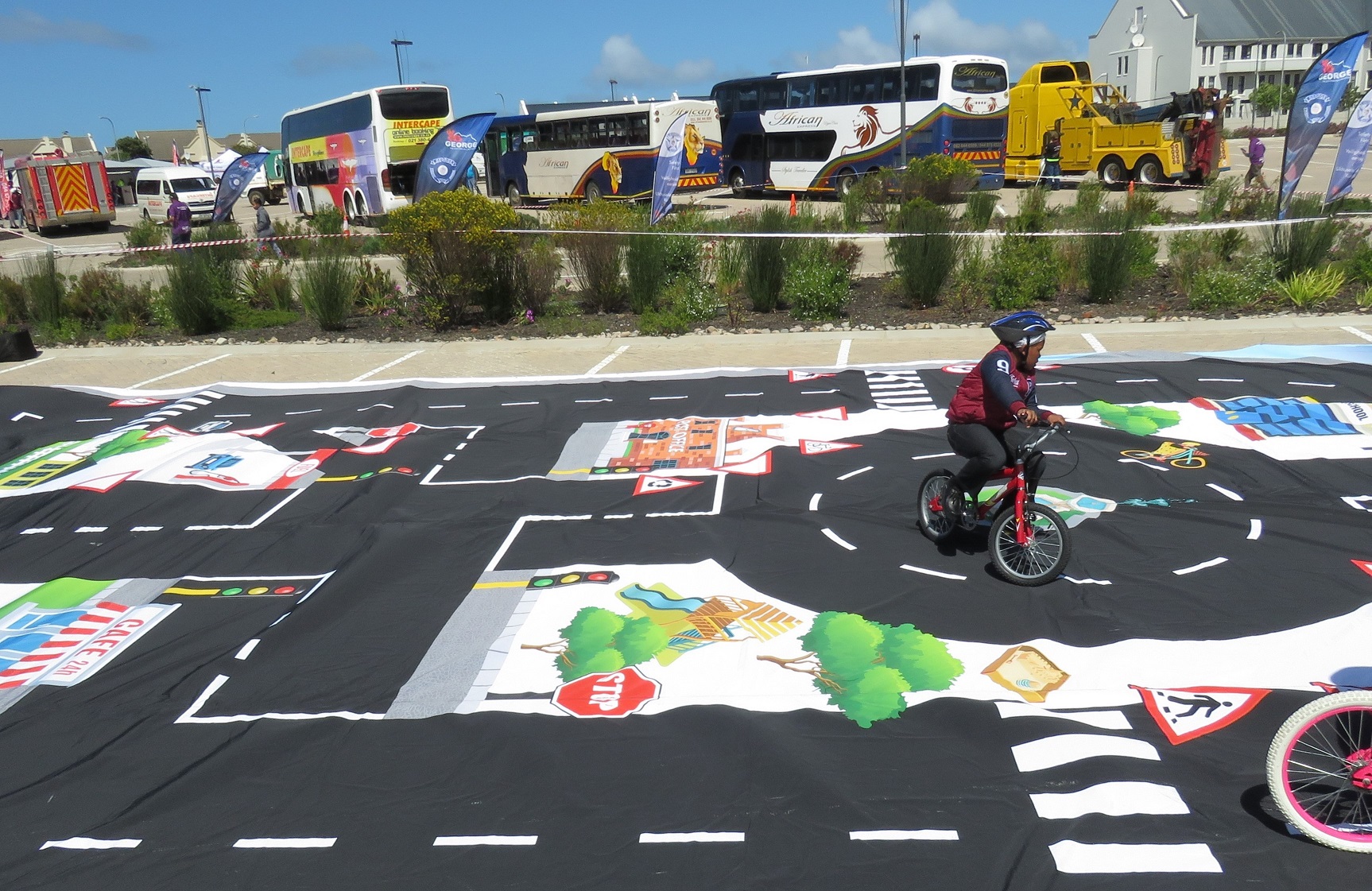 Special attendants will teach road traffic rules and road safety awareness to the kids while they are having fun.

Other activities include ‘drunken goggles’ in which members of the public can try to walk in a straight line with special goggles that mimic the effects of alcohol on sight, mobility and perception.

October was declared national Transport Month in 2005 and aims to increase awareness of the importance of transport for the country’s economy and to encourage safe and more affordable, accessible and reliable transport in the country.

Local radio station EdenFM will be broadcasting live from the event.

In addition to the Driver of the Year event, the George Traffic Department continues with ongoing awareness, maintaining high visibility as well as roadblocks focussing on drunken driving and reckless driving, which includes drag racing in public streets and spaces. 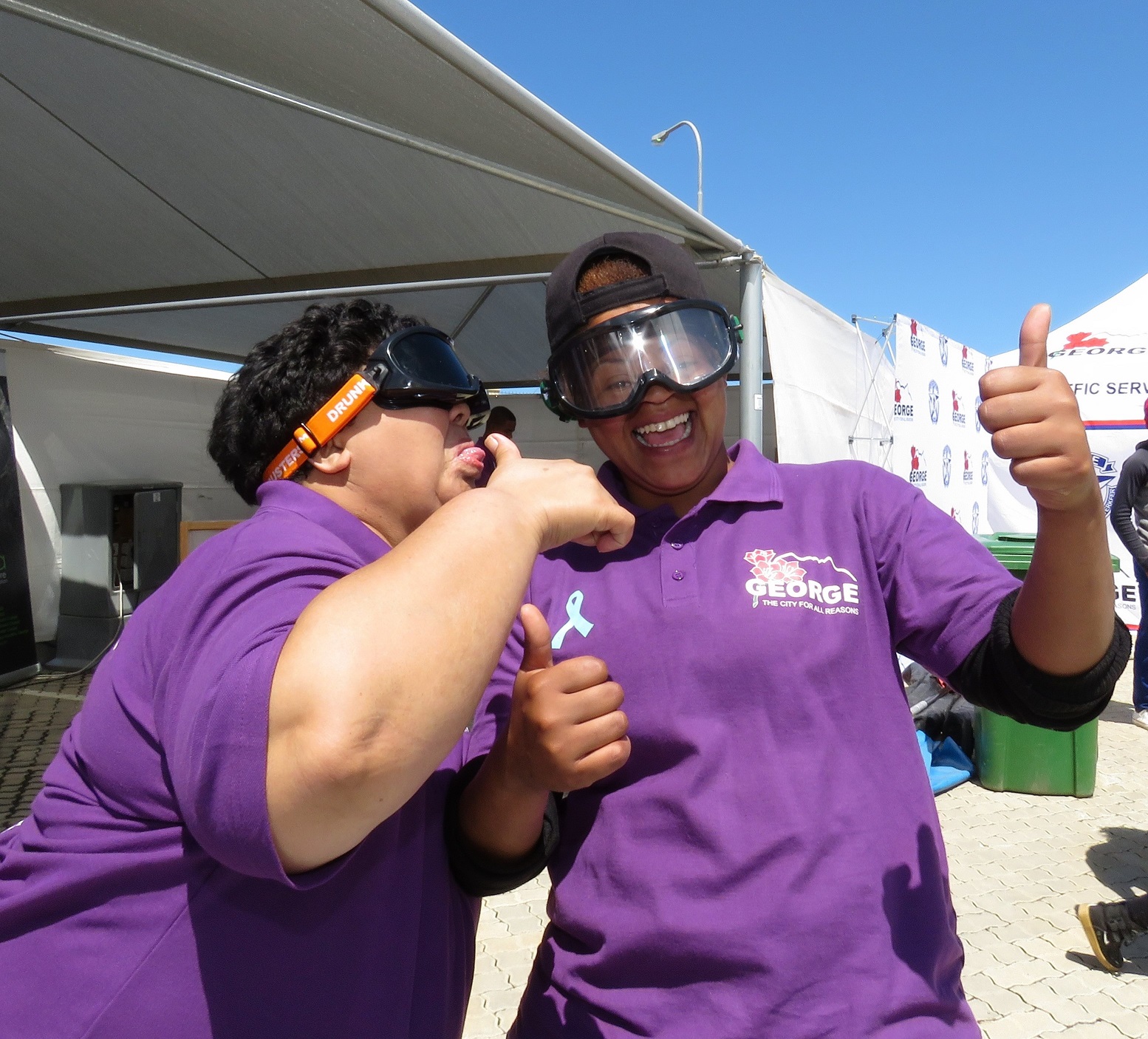 Come see if you can walk a straight line while wearing the ‘drunken goggles’, shown here by Driver of the Year coordinator Rosa Louw (left) and student helper Mandy Damons.