It's always refreshing to sit down with the local head of a manufacturer and talk shop for a few hours. 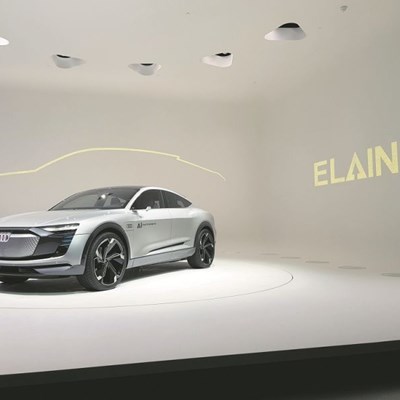 I was privileged recently to be a part of an Audi roundtable discussion along with several of my motoring media colleagues. Joining us was the media team from Audi South Africa and the big boss himself, CEO Trevor Hill.

The future of Audi

If you’re a manufacturer of premium products that places an emphasis on comfort, driver enjoyment, the lifestyle and indeed, the thrill associated with owning a special automobile, I suppose you’re quite rightly concerned about the future.

Terms such as future mobility, electrification, car sharing, transport solutions and autonomous driving aren’t exactly what you think about when you’re presented with the picture of an Audi; you’re probably thinking premium, personal transport and status symbol, perhaps even performance.

However, the large German manufactures didn’t get to where they are by being silly or short-sighted with their adoption, adaption and implementation of change according to demand and legislation. These brands know what they’re doing and Audi, as a part of the Volkswagen Group, appear to be well geared to take on the rather daunting and complicated future of personal mobility.

Naysayers have called some German carmakersthe Nokia of the car world with disruptors such asTesla and Google being compared to the likes ofApple and Samsung in the smart device arena.Yet, having visited the Frankfurt Motor Showrecently, it would appear that the Germans havewhat it takes to provide us with the cars of the future.

When having the discussion about the future ofAudi with Mr Hill, it became clear that he wantedto emphasise the fact that the Ingolstadt basedmarque aren’t simply in the business of creatingcars anymore, but that it sees itself as a developerof technology with partners who are experts in thefields relevant to the development of automotivetechnology.

Hill used the latest Audi A8 as an example, wherethe brand has used organic LED screens to create the infotainment system, a first for a production automobile. The latest A8 is also ready for Level 3 autonomous driving functionality, which means very limited input is required from the driver at all times. This technology hasn’t been made legal as of yet, but it’s incredible to know that cars are able to offer this technology already.

I’ve said this before and I’ll say it again, while Europe and other parts of the world are becoming ever more stringent on vehicle emissions, diesels and the automotive industry in general, South Africa perseveres. We are a market where large diesel bakkies, performance cars and, on the other end of the scale, really basic but affordable vehicles prevail in the sales segments.

A general laissez-faire towards cleaner methods of transportation has been adopted locally, case in point being that you can cut the catalytic converter from your car’s exhaust today, and drive that car for the foreseeable future without any issues from the police, because there’s no annual emissionstest.All the government appears to care about is themoney it makes from your CO2 tax when you firstpurchase a car, thereafter it cannot care less aboutpolicing the matter of emissions.

However, as Mr Hill stated at the discussion,the future is coming and South Africa will have toadopt alternative energy vehicles.Audi is currently developing its C-BEV, which appearsto be an all-electric SUV due in South Africain 2019. While the company doesn’t expect awide migration to this car, it does believe that amarket for it exists here.The problem with local electrification doesn’tcome from the consumer though, it’s a lack ofgovernmental support.

In Europe there are massiveincentives and discounts for people who buyelectric cars.In South Africa, electric vehicles have tocompete with a more cost-conscious but simultaneouslystyle conscious buyer who would ratherspend less money on a petrol or diesel poweredcar which they can refuel anywhere.

Infrastructure projects are reportedly underwaywith BMW and Nissan planning to implement moreelectric charging stations in South Africa, but untilthere’s buy-in from government and all manufacturers,consumers will still suffer from range anxietyand have no urge to buy electric cars.There are so many points surrounding the subjectof autonomous driving and the adoption of electricvehicles in South Africa. Which point would you likeus to cover more frequently in this section?