Experiments were carried out with the help of a 34-year-old female African elephant.

A tusker's proboscis can also switch to vacuum mode to eat.

LIFESTYLE NEWS - Elephants are known to use versatile trunks to grab objects big and small, drink great draughts, and sniff out water kilometres away.

But a tusker's proboscis can also switch to vacuum mode to eat, with suction power ranging from faint to ferocious, researchers said Wednesday.

A team from the Georgia Institute of Technology observed the world's largest land mammal suck up rutabaga, draw chia seeds out of water, and pick up large tortilla chips without breaking them, the scientists reported in the Journal of the Royal Society Interface.

Up to now, it was thought that only fish exhibited this kind of suction prowess.

Experiments were carried out with the help of a 34-year-old female African elephant from Zoo Atlanta, including tests to see how she would deal with rutabaga chunks of varying size and number.

They observed that while the elephant used its sensitive prehensile tip to grab on to big chunks, she preferred suction to consume larger quantities of smaller pieces.

"A loud vacuuming sound accompanies the suction as food is quickly drawn onto the tip of the trunk," a team led by David Hu, Georgia Tech wrote.

The elephant chose not to use vacuum power, however, when offered grains of bran measuring about 1 millimetre, "presumably to avoid getting the grains lodged in its trunk," the study noted.

"Instead, the trunk tip squeezed the bran together to pick them up." 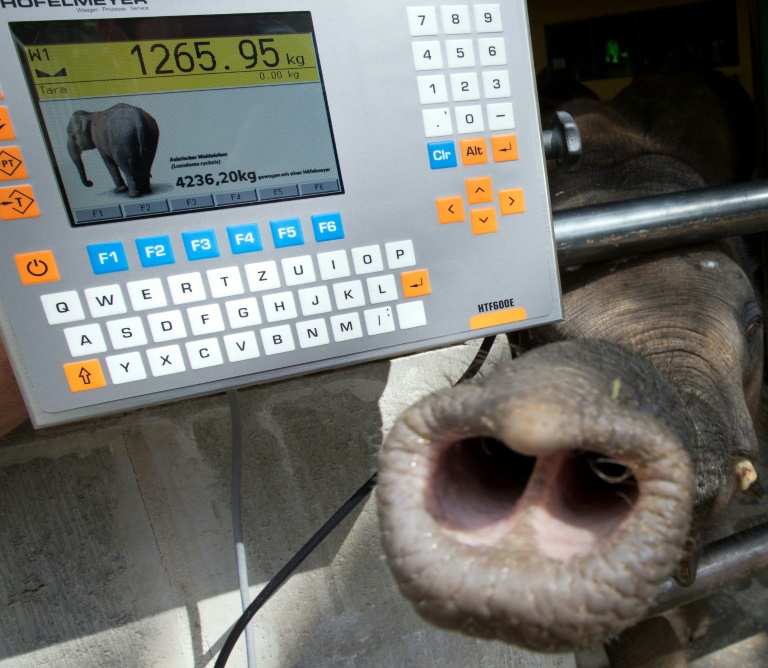 Elephants generate powerful suction force not only by using their huge lungs, but also by increasing the diameter of their nasal passages.

The study found that elephants generate suction force not only by using their huge lungs, but also by increasing the diameter of their nasal passages.

Using ultrasound imaging, the scientists watched the elephant use muscle contractions to dilate its nostrils up to 30 percent, increasing trunk capacity more than 60 percent.

By observing the elephant drinking water from a container with chia seeds at the bottom, they were able to calculate that she sucked in the fluid at a flow rate equivalent to 24 shower heads at once.

The elephant inhaled at speeds nearly 30 times faster than a human sneeze.

The suction ability displayed was not just powerful, but precise.

In one test, researchers placed a tortilla chip on the flat surface of a force plate, which measures movement strength. 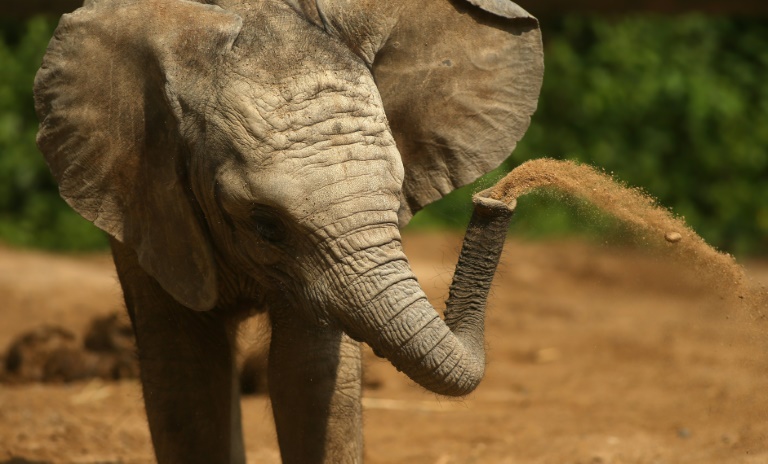 The elephant inhaled at speeds nearly 30 times faster than a human sneeze.

Weighing in at about 100 kilogrammes (220 pounds), the elephant's trunk could smash the chip with very little pressure.

But instead of grabbing it, the elephant applied suction near to or directly on the chip to guide it into its sensitive prehensile "fingers".

Despite the chip's hard-to-grab thinness and fragility, the elephant "could usually pick it up without breaking it".

The laboratory that conducted the study specialises in biomechanics, with particular interest in how animal behaviours can influence the development of robot technology.