Stand-up scientists use comedy to reach beyond the ivory tower

Shannon Odell, a neuroscience PhD candidate at the Weill Cornell Medical College who runs a live show called "Drunk Science" in New York, tells the audience that, contrary to what they may think "science and comedy actually have a lot in common".

LIFESTYLE NEWS - By day, Kasha Patel works at NASA writing content for its website, but she spends her nights communicating scientific discovery through an altogether different medium: stand-up comedy.

"Part of my job is to help distinguish the difference between fact versus myth for the general public," the 28-year-old explained as she warmed up an audience at a recent bar gig near Penn State University.

"So for instance, fact: you can get chlamydia if a koala urinates on you. Myth: your wife will believe you."

Patel's act sits between two seemingly opposing fields: that of scientific endeavor, famously described by astronomer Carl Sagan as "stodgy and grumpy," and the raucous world of comedy, currently experiencing a boom that has facilitated the rise of niche genres such as intellectual humor.

The founder of DC Science Comedy, now a recurring live show in the capital, Patel is joined this night by several scientist-comedians from across the US, united in their belief that laughter can be a powerful tool for communicating complex concepts.

Shannon Odell, a neuroscience PhD candidate at the Weill Cornell Medical College who has a live show called "Drunk Science" in New York, tells the audience that, contrary to what they may think, "science and comedy actually have a lot in common."

"Both are really just making observations about the world and then sharing it with an audience," she says.

The science of laughter 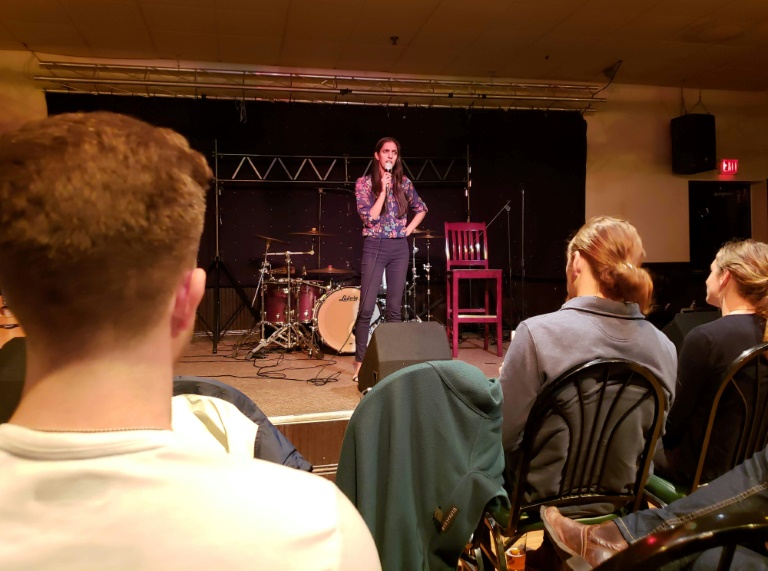 Kasha Patel's act sits at the crossroads of two seemingly disparate fields: that of scientific endeavor, famously described by astronomer Carl Sagan as "stodgy and grumpy," and the raucous world of comedy.

In an interview with AFP, Odell explained that laughter has a powerful evolutionary purpose and helped early humans develop camaraderie and more complex social networks.

"I think it's important for communicating science to someone, because if you're laughing with them, then it's almost like you're on an even playing field, and people are more receptive to messages," she said.

The 30-year-old uses this dynamic in a series of YouTube videos that explore the science of the human brain under various stimuli - from breakups to kittens to alcohol.

In the latter, which has racked up half a million views, Odell trades on a bubbly delivery and helpful infographics as she downs shots and slurs her way through the impact of heavy drinking on the brain's cerebellum, responsible for coordination.

Patel, on the other hand, follows a more traditional comic mold with setups and punchlines, and told AFP it took hard work to shed her careful science instincts and embrace the absurdism necessary to make people consistently laugh on stage.

An Indian-American chemistry graduate who was set to go to medical school per her parents' wishes before finding her own unique path, her material often references her background and personal life.

One example: "A few years ago, SpaceX launched the rocket, but it blew up when it left Earth's atmosphere...But NASA did not call it a failure. They called it a non-nominal launch.

"Which is weird, because last week, I had a non-nominal date. It was not a failure, because he never showed up."

She has not, however, lost her nerdy touch. Patel recently used data to hone her act, analyzing recordings to see how long the audience laughed after 500 of her jokes to devise a humor impact score.

"So I found that my science jokes do 40 percent better than my other jokes," she said, adding she was working on an algorithm to automate the analysis.

Connecting with the public 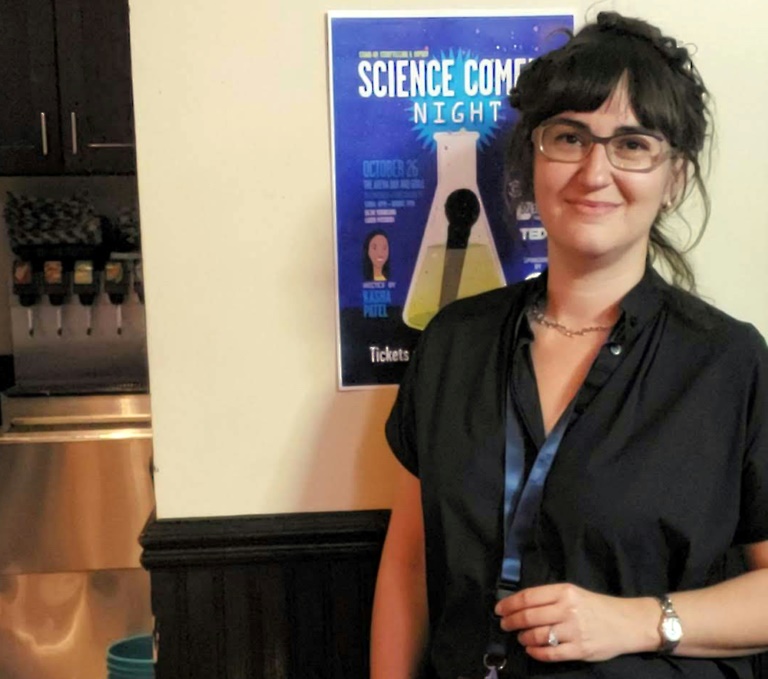 A recent Pew research poll underscores there is a serious side: it found the scientific community is the second most trusted institution in the US after the military, with 44 percent expressing a great deal of confidence in it - as opposed to just 13 percent for the press.

This makes it all the more important to find new ways to reach out to the public, particularly in areas that have become controversial such as climate science, argues Odell.

"It's great for scientists to get out there and talk about the research because they are the expert on the research," she said, even if not everyone can do so through jokes or comedy routines.

Though scientists are often funded by the taxpayer, their research often ends up being presented only in specialist conferences or in paywalled, jargon-laden journals, creating space for misinformation to rise.

"We think of science as this kind of academic ivory tower...(but) there's a value in making it entertaining, as long as you're not losing scientific accuracy," she said.