The unofficial November 11 spending spree started in China and has spread to other countries in recent years, outpacing the pre-Christmas "Black Friday" sale in the US.

In Bangkok - the plastic surgery capital of Southeast Asia - the Vayo Clinic tapped into the consumer frenzy with a flash sale, launched after a year that has seen coronavirus travel restrictions hit trade hard.

"When I saw the promotion last night, I decided to book an operation right away," Somprasong Aimsantia told AFP, seated in the clinic waiting room decorated with Versailles-inspired gold-flecked couches. 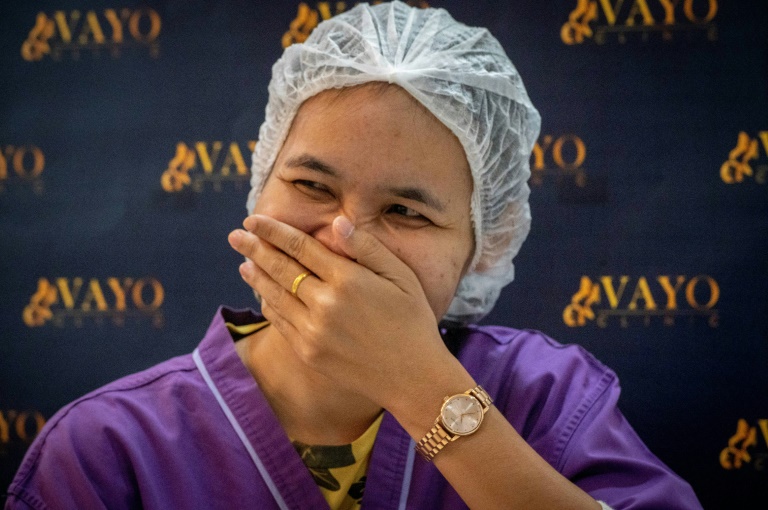 Somprasong Aimsantia giggles as she prepares for her new nose on Singles' Day.

The 35-year-old is opting for a silicone bridge to enhance the sharpness of her nose.

After a brief consultation with clinic owner Sakirin Al-Ishak, who pinches her nose upward to show the effect post-surgery, she is ushered into an operating room and given a local anaesthetic.

Thailand is a major hub for medical tourism, attracting clients from Asia and Australia to their hospitals and clinics - including for plastic surgery procedures that come bundled in package deals with luxury hotel stays to recover from invasive operations such as breast implants.

But travel restrictions imposed to stem the spread of coronavirus has severely impacted the lucrative industry - worth some $600 million - slowing the planeloads of patients to a trickle. 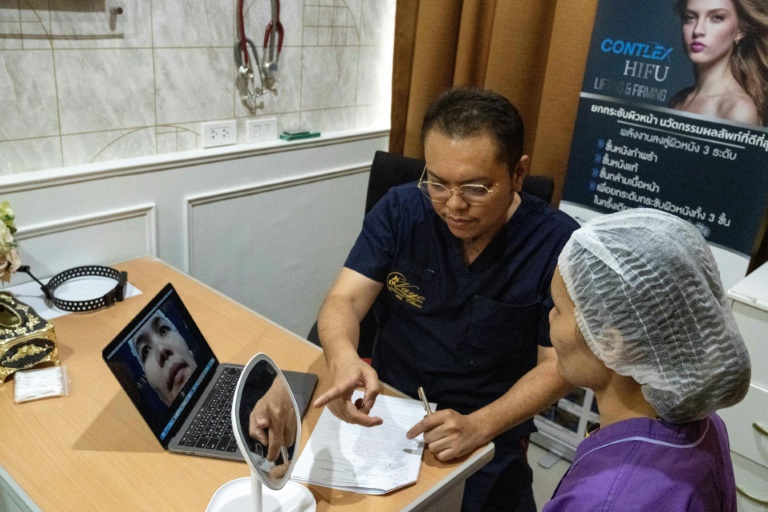 Thai surgeon Sakirin Al-Ishak explains the procedure to a patient waiting for plastic surgery in Bangkok.

At the Vayo Clinic, clients have fallen by up to 30 percent, and Sakirin said the Singles' Day sale was to encourage "loyal" customers hit hard by pandemic-spurred economic woes.

"With the economic crisis, some of our patients who already booked have had to postpone their operation because they aren't able to pay... you could say it's like a gift to them," he said.

"The 11/11 promotion gives those patients a chance to do what they’ve been wishing faster."

All 20 operating slots on offer were quickly snapped up.

Somprasong - whose procedure took roughly an hour - waved off her flash decision for a permanent facial fix, saying it was something she had wanted to do all her life. 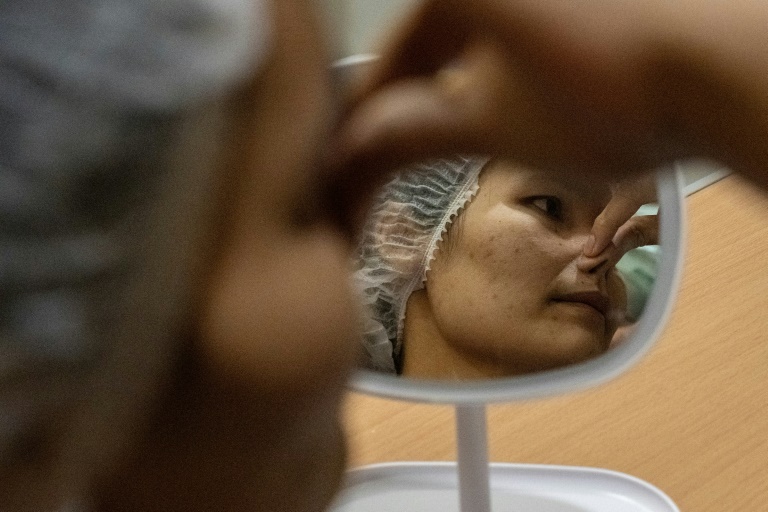 "All my friends called me flat-nose," said Somprasong Aimsantia as she waiting to undergo surgery to install a silicone bridge.

"My friends always called me 'flat nose'," she told AFP.

"It will make me more beautiful," she said, adding that such quick nip-and-tucks have become "a normal thing to do in Thailand".