Shoe fetishists and fans of the lowly sandal alike will find plenty to admire at the new show in Florence's Pitti Palace.

LIFESTYLE NEWS - As sandal season fast approaches, a new exhibit on ancient footwear at a top Italian museum seeks to remind today's well-heeled that when it comes to fashion, do as the Romans did.

The classics are always in, as evidenced by the new show in Florence's Pitti Palace, which traces the humble sandal's outsized influence in contemporary fashion and film, while astonishing the modern eye by the elegance of the ancients.

"At the Feet of the Gods: The art of footwear in ancient Rome, epic film and contemporary fashion," features 80 works from sculptures and decorative urns to sandals ancient and new, many on loan from international museums.

The show - which promises to satisfy the curiosity of both shoe fetishists and wearers of plastic Crocs alike - runs through April 19.

"With this show, we've tried to make the shoe, commonly thought of as an accessory, instead the protagonist," Fabrizio Paolucci, one of the curators, told AFP.

In ancient times, shoes acted as a sort of "identity card" for their owner. 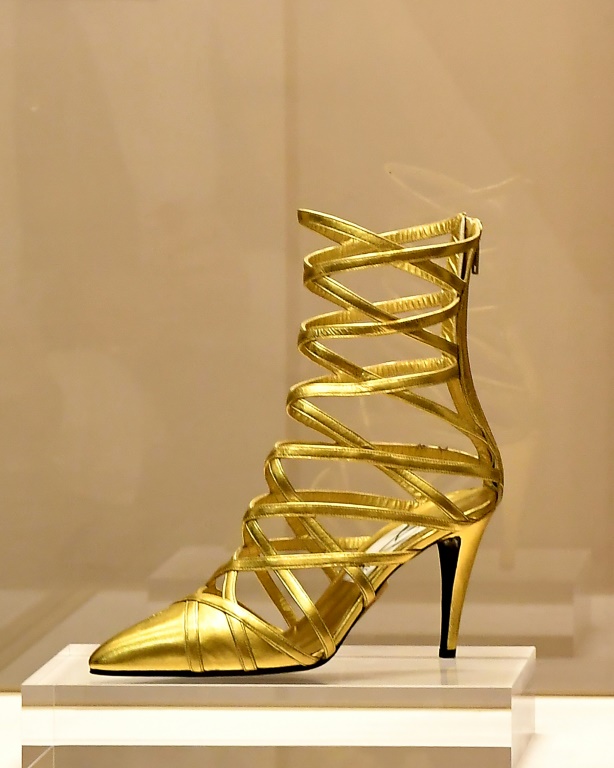 The exhibition's more modern takes on ancient footwear would cause Imelda Marcos to swoon.

They could reveal a great deal of information about the wearer - such as their sex, profession or economic status - even more so than today, when the choice of a pair of red-bottomed Christian Louboutin stilettos, Nike swooshes or orthopaedic (but now trendy) Birkenstocks is loaded with meaning.

The humble sandal, whose prehistoric forerunners date as far back as 10,000 years, flourished under the ancient Greeks, whose deities were their best models.

Massive feet in marble and bronze, the remnants of destroyed statues of gods and others, are brought together in the show, all adorned with "krepides" - sandals fastened via an intricate web of laces covering the foot.

The delicate footwear is also seen on pottery dating back as far as the fifth century BC.

On one vase, Eros, the Greek god of love, helps a virgin change into the skin-exposing sandals she will wear as a bride.

On an Etruscan urn, a nude courtesan laces up sandals whose nailed soles left impressions on carpets spelling, "Follow me".

Greek footwear paved the way centuries later for the "caliga" worn by Roman soldiers, authentic examples of which can be seen in the show, their leather still intact.

The low sandals with exposed toes, reinforced by iron studs hammered into the soles and sometimes worn with socks, were ideal footwear for Roman armies, who often marched as far as 35 kilometres (22 miles) per day.

They were also the ideal inspiration for Hollywood costume designers tasked with outfitting thousands of extras in the "sword-and-sandals" movies of the 1950s and beyond, from "Ben Hur" in 1959 and "Cleopatra" in 1963 to "Gladiator" in 2000.

The exhibition places side by side ancient objects with footwear from these films, including the brown and gold boots worn by Charlton Heston in "Ben Hur" - a sort of ancient Roman Doc Martin - or Elizabeth Taylor's towering gold platforms in "Cleopatra." 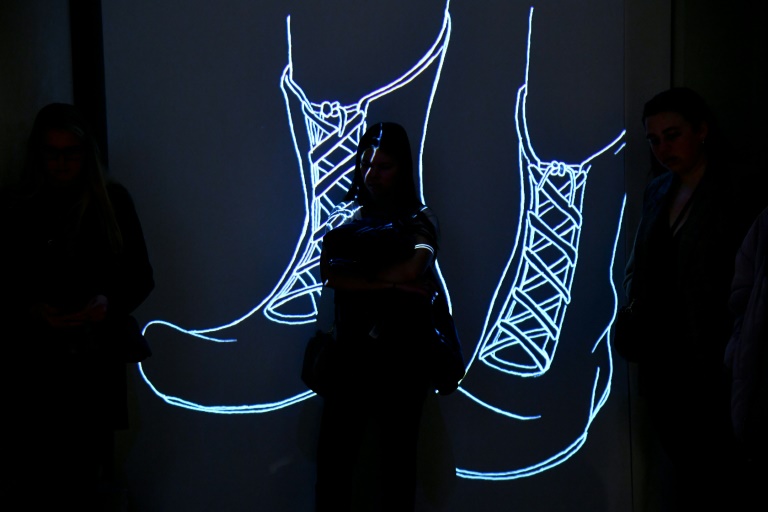 The exhibition features works from sculptures and decorative urns to sandals ancient and new, many on loan from international museums.

"Footwear in film offers some very accurate comparisons based on detailed study of how the shoes were created," said Lorenza Camin, another of the show's curators. "Others are more imprecise."

One case in point is the 2004 film "Alexander" starring Colin Farrell about the Greek general of the same name - in which the actors nevertheless sport Roman footwear.

Set in the sumptuous rooms of the ornate palace, the exhibition's more modern takes on ancient footwear would cause Imelda Marcos to swoon. 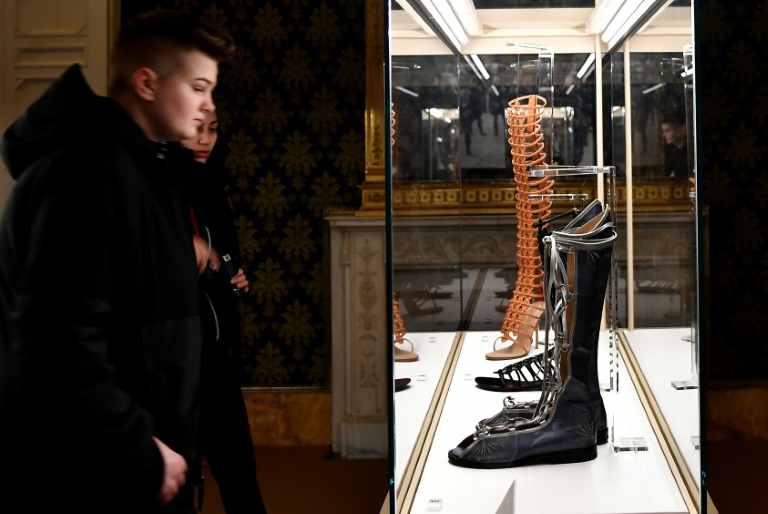 The prehistoric forerunners of the sandal date as far back as 10,000 years.

Roman-inspired creations by Yves Saint Laurent, Ferragamo and Richard Tyler all appear, and to end the show, a ruby red Rene Caovilla sandal with a snake-like strap embossed with Swarovski crystals slithers up an imaginary ankle.

And in case of sore feet, the show also boasts a second-century therapeutic foot warmer in which warm liquid would have been poured into a cavity covering a ceramic foot form.

Gladiators, soldiers - and wearers of modern-day stilettos - would be grateful.

Read more about: lifestyle exhibition at the feet of the gods sandals