The latest additions at the ADI wildlife sanctuary bring the total number of rescued big cats to 40. All but one were rescued from circuses in Latin America.

Tigers Sasha and Kumal play with a tyre swing at the ADI Wildlife Sanctuary. Picture: Supplied

LIFESTYLE NEWS - 12 lions and five tigers that have only known a life of abuse are celebrating the one-year anniversary of their rescue and arrival at a sanctuary in South Africa.

The 18-month long rescue mission, Operation Liberty, has finally reaped the rewards of seeing these tigers and lions settling in to the 60,387m² territory they now call home, thanks to Animal Defenders International (ADI).

The Citizen was at the scene when the big cats first arrived at OR Tambo International Airport from Guatemala City last year.

None of the animals were sedated during the flight – a stark reminder of how used to cages they were.

ADI president Jan Creamer said the change in the animals’ personalities and instincts has been palpable.

“After a lifetime of abuse, fear and deprivation, living in tiny cages on bare boards with nothing of interest to engage their minds, these intelligent, emotional animals had never set foot on grass, never felt the sun on their backs or been allowed to make their own choices.

“We aim to give them back something of the life they lost,” Creamer said.

The tigers now spend their days relaxing by the pool or lying under trees, while the lions bask in the sun. All the cats have enrichment activities such as logs, tyres and boxes, complete with lavender oil and catnip spray.

“It’s hard to believe that only a year has passed since they arrived at ADIWS [ADI Wildlife Sanctuary], because the change in their behaviour and demeanour is so vast,” Creamer reminisced.

These cats all spent their lives in circuses. New laws saw governments in Bolivia, Peru, Guatemala and Colombia ban circuses permanently, a welcome relief for animal welfare activists, but a challenge in rescuing as many now abandoned creatures as possible.

But because these animals come from the circus, they can never return to the wild.

ADI veterinarians were overwhelmed at the ever-growing list of injuries after receiving the tigers. Everything from big cats having their toes cut off to prevent their claws from growing to broken teeth, head injuries from beatings, inbreeding, lifelong malnutrition and lack of exercise, these experts had their work cut out for them.

The most recent cases involved tigers Sombra, Bimbi and Lupe, all of which suffered from seizures due to spinal problems from inbreeding. ADI reported that after receiving months of treatment, the medication administered had stopped the seizures.

Sombra was also hospitalised and diagnosed with low potassium levels, and was given an MRI to identify the cause of her seizures.

A lioness named Sasha had a limp when she was rescued, due to a botched declawing operation when she was still in the circus.

In November last year, Sasha received groundbreaking surgery to remove diseased bone from her leg. The bone was replaced with a titanium scaffold and bone cement.

Sasha took several months to recover in hospital, but is fighting fit and back in her new home.

The latest additions at the ADI wildlife sanctuary bring the total number of rescued big cats to 40. All but one were rescued from circuses in Latin America.

South Africa has a number of tigers residing in big cat breeding facilities, an issue which is routinely addressed by animal welfare activists. However, there is still no accurate figure on exactly how many breeding facilities exist in the country.

Tentative predictions currently sit at 60, with between 1000 and 1500 tigers currently living in captivity.

Lions also reside at these facilities, many of whom are slaughtered illegally for their body parts, which are sold to South East Asia and labelled as tiger bone.

The country even has a lion bone quota, albeit in limbo currently, making exports of lion carcasses and body parts legal.

The ADI Wildlife Sanctuary, much like most non-profit organisations, have been hit hard by Covid-19. 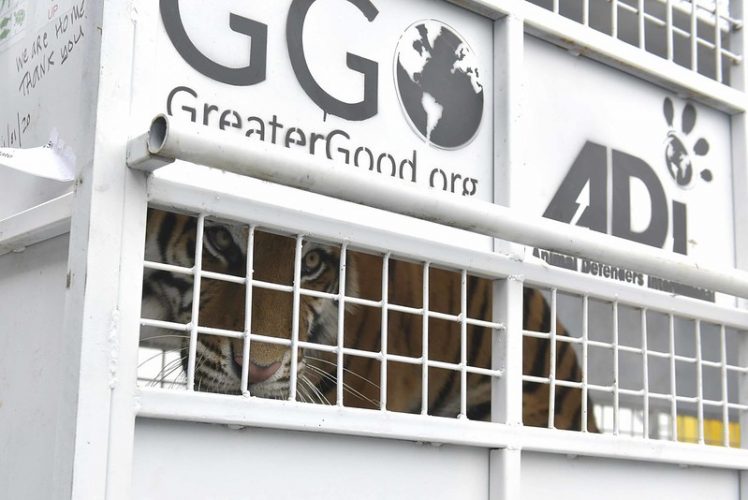 One of 12 Tigers and 5 lions that have been transported from Guatemala after spending their lives in circuses arrives at OR Tambo cargo depot on 21 January 2020. Guatemala recently banned all animals in circuses. These animals are destined for a sanctuary in the Free State. The operation dubbed Liberty was organised by Animal Defenders International (ADI) and supported by GreaterGood.org. Picture: Neil McCartney 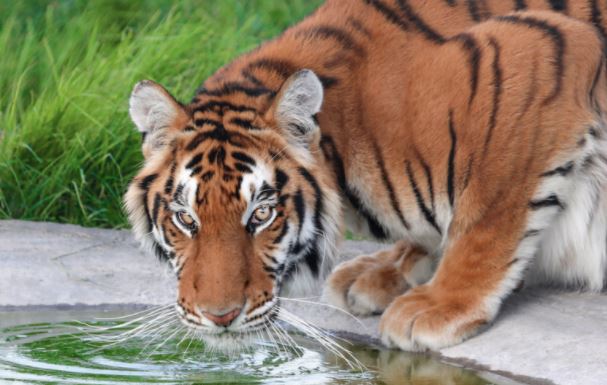 Sun lapping up water at the wildlife sanctuary. Picture: Supplied 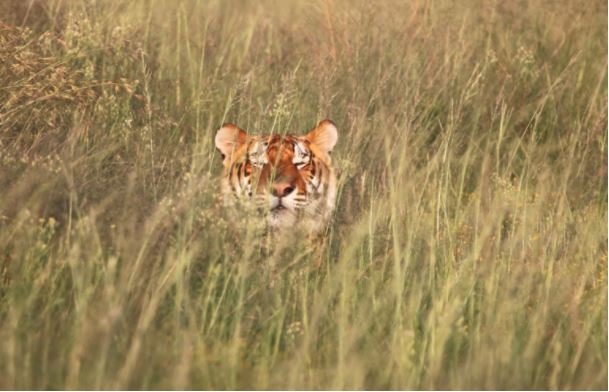 Max the tiger plays hide-and-seek in the long grass of his new enclosure. Picture: Supplied 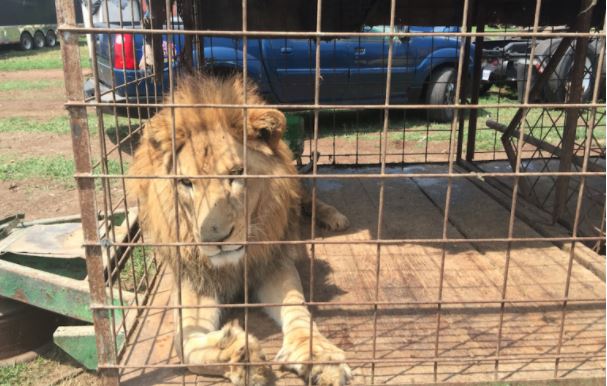 Kimba the lion in his cage shortly before being rescued by ADI. Picture: Supplied 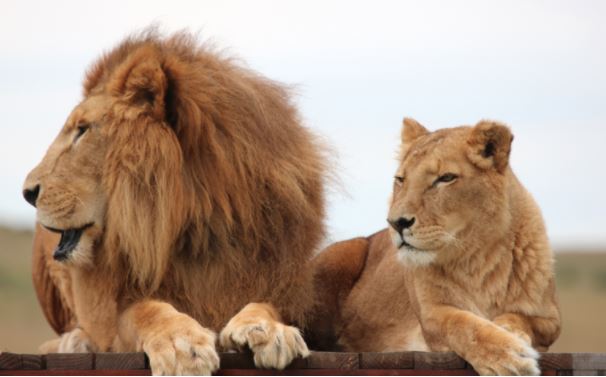 Lion Tarzan and lioness Tanya lay on a deck in their enclosure. Picture: Supplied