On a roll: The psychology behind toilet paper panic

Empty shelves are pictured in the toilet roll/kitchen towel aisle of a supermarket in London on March 13, 2020.

LIFESTYLE NEWS - It's a scene that's become familiar around the world: From the US to France to Australia, rows of empty supermarket shelves where toilet paper used to be, the result of coronavirus-induced panic buying.

What exactly is it about the rolls of tissue that has caused mayhem across cultures, including at times violent clashes that have reverberated on social media?

At its most basic, say experts, the answer lies in game theory: If everyone buys only what they need, there will be no shortages. If some people start panic buying, the optimal strategy will be for you to follow suit, to make certain you have enough squares to spare.

But this doesn't explain it entirely - toilet paper can't save you from infection, and we haven't yet seen the same level of hoarding for more key items like canned foods - so something else is clearly afoot.

"I think it probably stuck out in the dramatic images in social media because it was quite clear, the packets are quite distinctive and it's become associated in the minds of people as a symbol of safety," Steven Taylor, author of "The Psychology of Pandemics" told AFP. 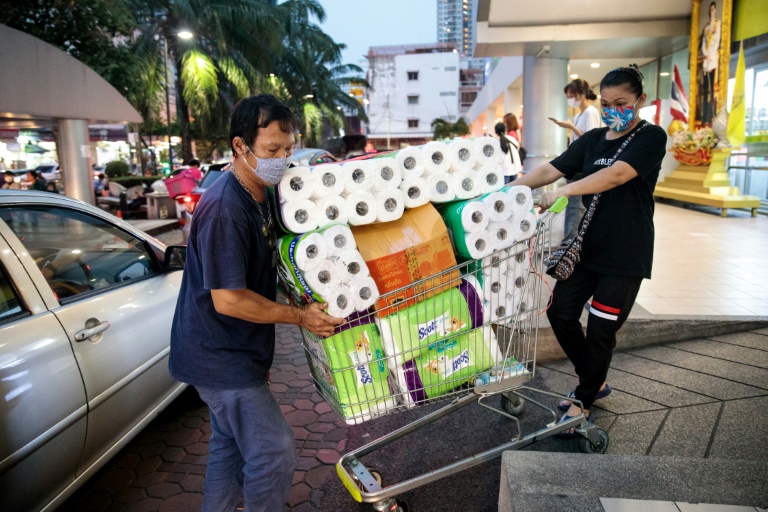 People wearing face masks amid concerns over the COVID-19 coronavirus push a shopping cart full of toilet paper and kitchen rolls at a supermarket in Bangkok on March 16, 2020.

"People feel the need to do something to keep themselves and their family safe, because what else can they do apart from wash their hands and self-isolate?" added the psychiatry professor at the University of British Columbia.

Another theory Taylor put forward is rooted in our evolutionary aversion to things which disgust us, heightened when people feel threatened with infection.

"And so I think this is one reason they latched on to the toilet paper, because it's a means of avoiding disgust." 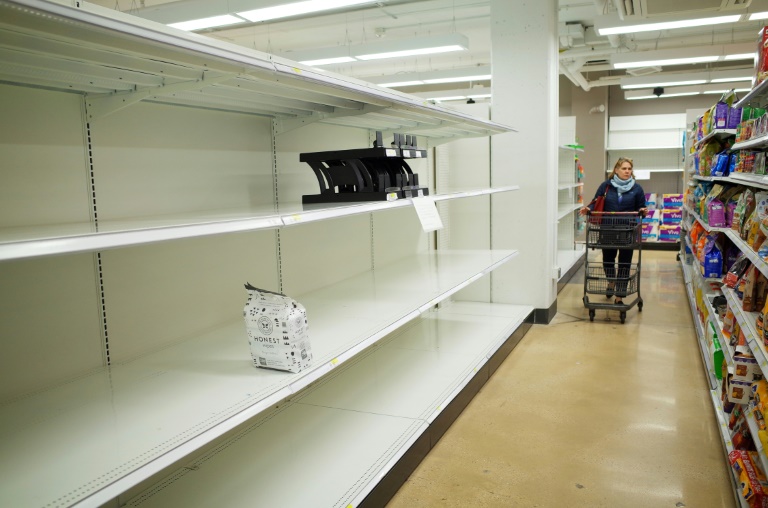 A shopper walks down an aisle with empty shelves for toilet paper at a Target store in Bethesda, Maryland on March 16, 2020.

Economists have also suggested people may be trying to eliminate one risk that is relatively easy and superficial, rather than doing something more costly that may reduce their risk a greater amount.

This is known as "Zero risk bias."

"My guess is we want to feel in control and have limited budgets," said Farasat Bokhari, a health economist at the University of East Anglia in Great Britain.

"So we go buy something that is cheap to buy, that we can store, and we know at the back of our minds that we are going to use anyway," he said.

A more expensive but necessary item to stock might be non-perishable food - but if frozen meals, canned foods and ramen aren't exactly your favorites, you could be stuck with a big bill for items you eventually throw away, should the worst fail to materialize.

According to Taylor, many of the behaviors we see now also occurred in previous pandemics, including the Spanish flu in 1918, which killed almost 700,000 Americans and sent panicked citizens to stores and pharmacies to hoard goods.

Some at the time even floated the conspiracy theory the virus may have been a bioweapon devised by Germany. The new coronavirus has been called a Chinese weapon and an American bioweapon, depending on who is making the accusation.

One key difference between the current pandemic and those before it is the ubiquity of social media - the swine flu pandemic of 2009 happened when the medium was still relatively new - and Taylor sees both pluses and negatives.

"That's enabled the reverberations of dramatic images and videos throughout the world, inflating people's sense of threat and urgency," said Taylor. 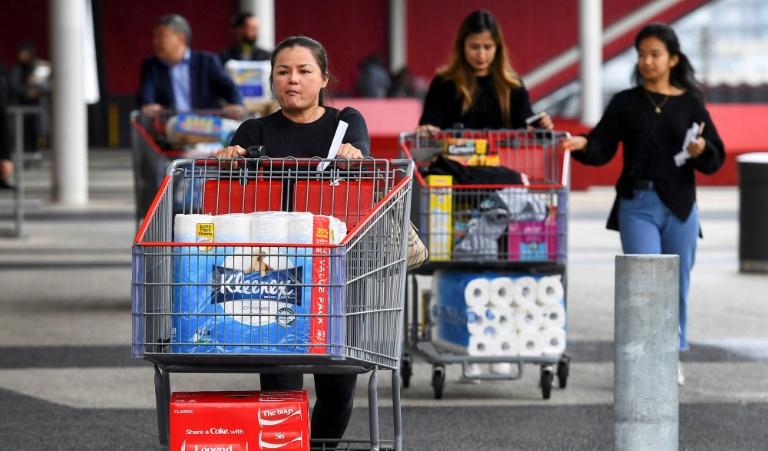 People leave a Costco warehouse with rolls of toilet paper amongst their groceries in Melbourne on March 5, 2020.

On the other hand, "Social media can be great for social support, particularly if you're in self isolation."

So are we destined for a breakdown in social cohesion if the pandemic stretches out? History says no, said Taylor.

"Rioting and bad behavior in previous pandemics has been relatively uncommon - it has happened, there have been outbreaks, but the main response has been one of order, of people coming together, of solidarity, helping each other out and doing their best as a community to deal with this."