My dog and I, til death do us part

Animal cemetery Tierhimmel, or Animal Heaven, south of Berlin, not only offers burials and cremations but also comfort to pet owners.

LIFESTYLE NEWS - Ralf Hendrichs was devastated when his Dobermann died. But he was even more distraught when he learnt that its carcass ended up in a public grinder along with those of roadkill and farm animals.

"We cried for days on end," Hendrichs said, recalling the death of his faithful friend more than 15 years ago and its sad end that prompted him to set up a cemetery for pets south of Berlin.

The graveyard at Teltow is the only one in Germany offering pet burials as well as cremations. 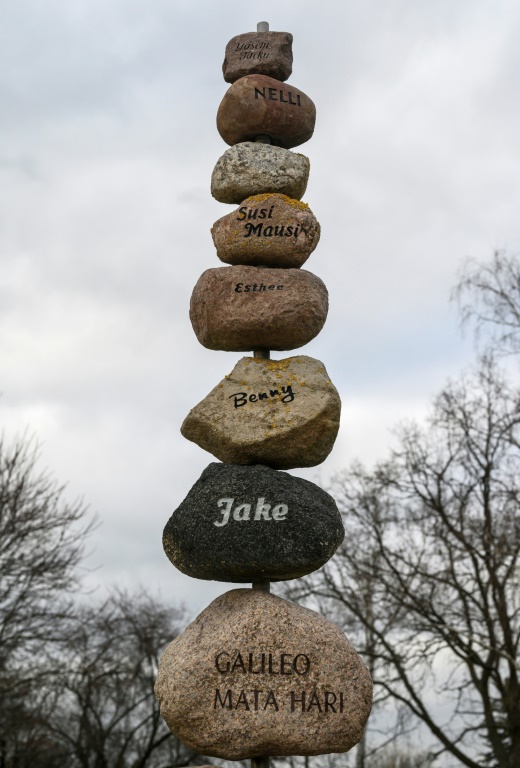 The pet cemetery started its first year with 120 burials, but that has jumped to more than 4,000 annually now.

"For us, a pet is not just an animal, but a companion, a member of the family" who deserves to be given a dignified send-off, he said.

Domestic pets have claimed a firm spot in the hearts of Germans.

Today, 34.3 million people in the country of 80 million own a pet, up 45 percent from a decade ago, according to a joint study by the Industrial Association of Pet Care Producers (IVH) and the German Pet Trade and Industry Association. No clear reason for the increase however has been identified.

And more people than before are ready to give their four-legged friends a peaceful resting place.

Teltow cemetery started its first year in 2003 with 120 burials, but that has jumped to more than 4,000 annually now.

Sebastian Oehlandt said he goes to the cemetery two or three times a week to spend time at the small tomb of his cat of almost 15 years, Hiro.

"Suddenly, there was this massive hole," he said, recalling the day when Hiro died just before Christmas. 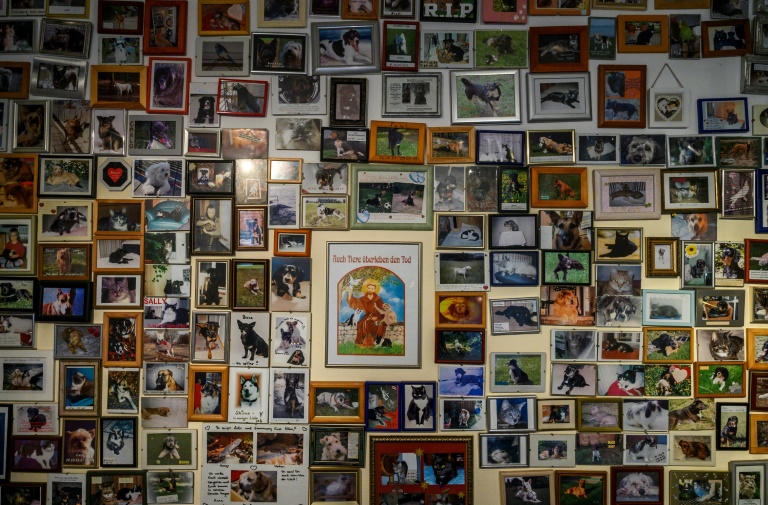 A quiet room at the cemetery has photos of beloved pets covering the walls, and the bereaved can light a candle.

"I needed time for me," said the 27-year-old, who lives with his father and another cat.

Another regular face at the cemetery, Karla Lemke, was still inconsolable more than a year after losing her miniature pinscher, Alien.

"For the last 14 months since he died, I've come here everyday, twice a day," said the 63-year-old, who has turned Alien's grave into the most decorated and colourful in the cemetery.

Not only the elderly, but also young professionals, are turning to pets for comfort and companionship.

"A domestic animal as a social partner, in particular for singles, has become more and more important in our society," said IVH president Georg Mueller in the 2017 study, noting the trend among both the elderly and younger adults. 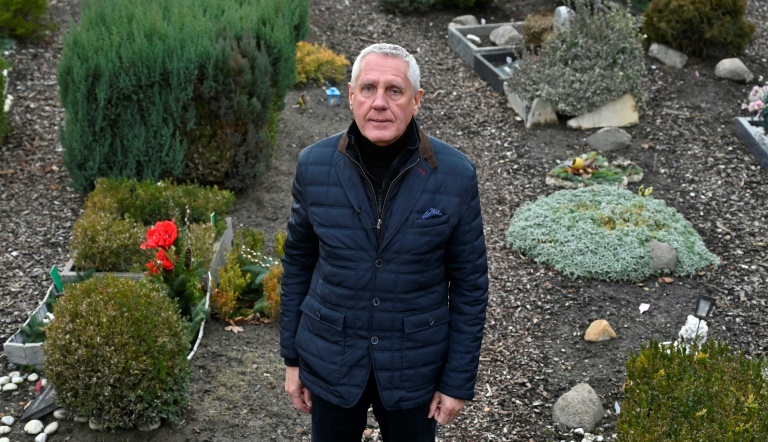 Ralf Hendrichs was prompted to open the pet cemetery in Teltow after his Dobermann died and he discovered its body had ended up in a public grinder along roadkill and farm animals.

"Young adults who have a very busy professional life often have an animal at home," he said.

"They want to go home in the evening and pet their cats, hug their dogs, and it's precisely these young people who said when their pets die that they are not just good for the trash."

Across Germany, 120 cemeteries and 26 crematoriums offer a final resting place for animals, although there is no firm data on the number of pets buried.

At the Teltow cemetery, boxes of tissues are available at every corner - at the entrance of the main building, the crematorium or the quiet room, where the walls are covered with photos of dearly departed companions.

The bereaved can also light a candle, like in a chapel. 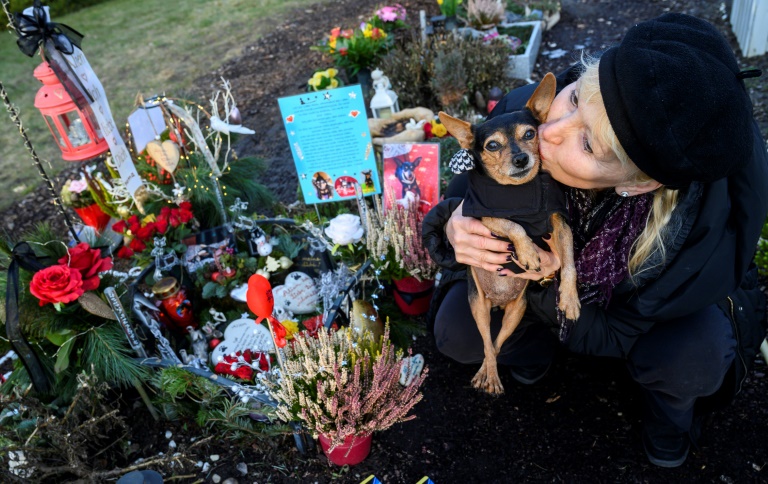 Karla Lemke (pictured) says she has visited the grave of her miniature pinscher, Alien, everyday, twice a day, since he died more than a year ago.

And Hendrichs is there too to lend a listening ear; a pet owner's grief needs to be taken seriously, he stressed.

For those in need of professional support, the cemetery has a veterinarian at hand trained in psychology.

In a little hall at the Teltow cemetery, a dog is delicately put on a willow basket, half covered by a beige veil upon which lies a yellow rose. 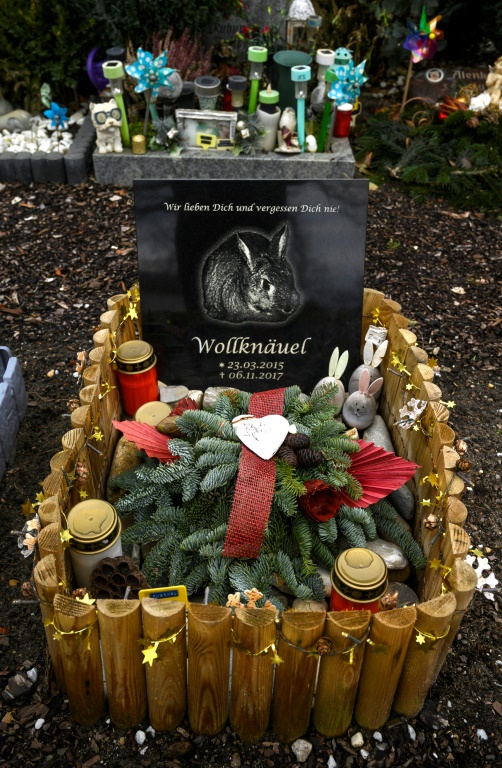 In Germany, 34.3 million people in the country of 80 million currently own a pet, up 45 percent from a decade ago, a survey shows.

The little white and clay coloured furball is given a final caress by his master, before being cremated.

"Some say that a dead animal is poisonous - that's completely wrong," said Hendrichs.

At the same time, the cemetery is also a business.

Each grave plot costs 180 euros ($200) for every two years, plus 120 euros for burial costs, while cremations cost between 105 and 370 euros depending on the animal's weight.

Other products are also available, such as urns or personalised keepsakes - a paw print mould, a pendant containing the pet's ashes or a diamond created from the ashes starting at 2,500 euros.

"With that, the owners can have their former companion close by all the time," said Hendrichs.

His latest project will take that one step further.

He is now planning a cemetery where pet and owner can share a grave.

"We've had so many requests, for years."