LIFESTYLE NEWS - A huddle of specialised staff at Dublin's "dead zoo" perform a high-wire puzzle, delicately disassembling two whale skeletons that have dangled airborne for over a century.

Nigel Monaghan, who as keeper of the Natural History Museum is in charge of the extensive, and sometimes alarming, collection of taxidermied creatures within, looks on.

"Dismantling a whale skeleton when you have no manual and user guide, you're relying on the general knowledge of animal skeletons," he told AFP.

"It's a little bit like working with a jigsaw, but without a box and a nice picture on the front."

The boxy museum tucked away beside the prime minister's office in the city centre is known affectionately to Dubliners as the "dead zoo". 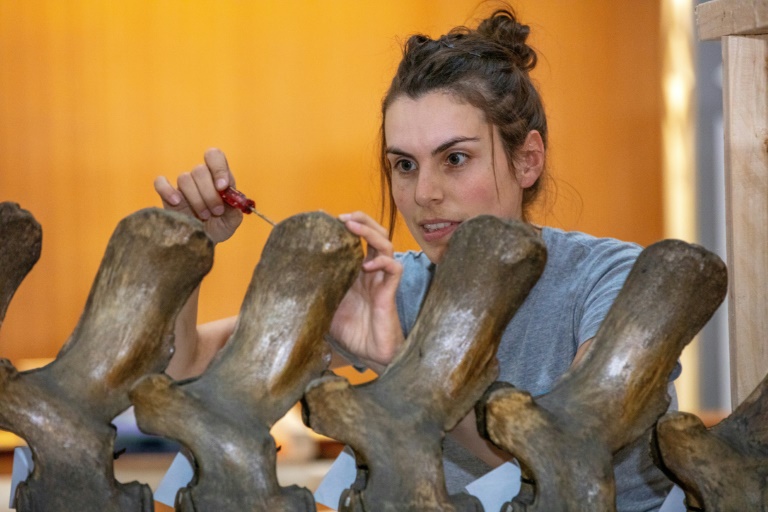 The Natural History Museum is known affectionately to Dubliners as the "dead zoo".

Dating back to 1856, it is part of the sprawl of the National Museum of Ireland and is currently at the start of an extensive 15-million-euro ($18-million) renovation project.

"We see our museum... as a stately home of death," said Monaghan, as he surveys the work from a balcony filled with jars of snakes, antelope heads and a stuffed penguin with a severe expression.

"But it has a lot of those issues around stately homes and large historic properties."

Those issues are manifold - no elevators for disabled access, no fire exits from the impressive balcony collections and poor insulation. 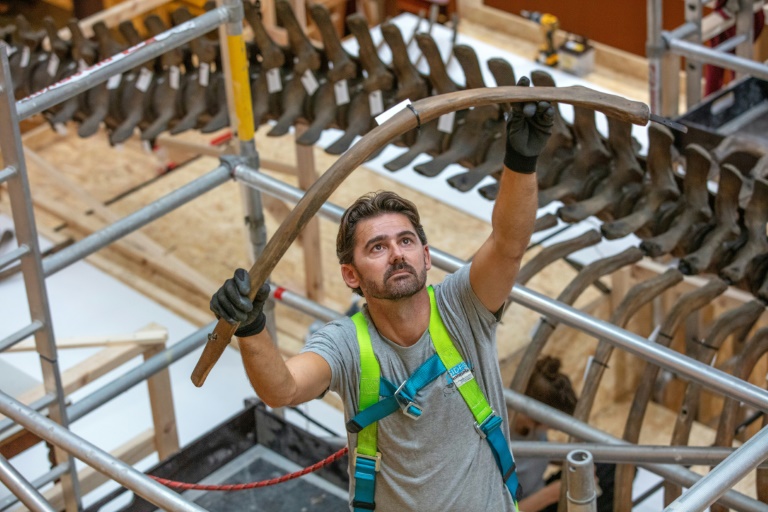 Dismantling a whale is a specialist profession - and a leviathan task.

But the biggest hurdle for the major works planned for the tattered glass and metalwork roof is that the structure acts as a hanging bracket for the museums' two prize possessions.

The first is a 65-foot (20-metre) fin whale - the second largest species on the planet after the blue whale - which has towered over the higher portion of the hall since the late 19th century after its body was towed to Ireland's south shore in 1851.

The second, of a smaller but still impressively long, 29-foot juvenile humpback whale, has hung directly underneath since 1909.

A grisly narrative in the 1893 edition of the Irish Naturalist tells how the ill-fated mammal came ashore at Enniscrone, County Sligo.

It "lived for some hours, lashing the water furiously with its tail, and spouting from its blow-holes, and from time to time, opening and shutting its mouth, occasionally giving vent to great sighs or grunts", the journal recounted. 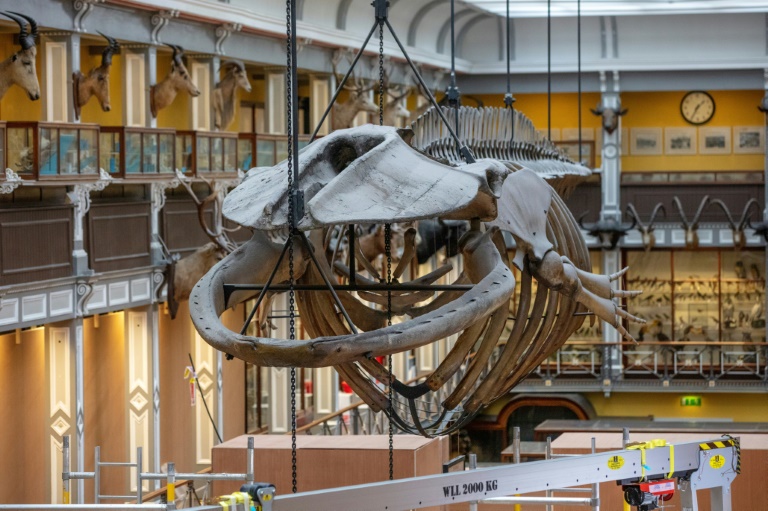 The 65-foot (20-metre) skeleton of a fin whale - the second largest species on the planet after the blue whale - has towered over the hall since the late 19th century.

Around the lower humpback, a makeshift wooden scaffolding has been built, rigged with a two-tonne capacity crane and an elaborate system of pulleys and wires.

As the work is carried out, the museums' other preserved and taxidermied denizens have been safely mothballed.

A hippo's head is braced with packing paper, a solitary tusk lies on a foam pad and hulking, rust-coloured skeletons are boxed inside wooden frames.

As might be expected, dismantling a whale is a specialist profession - and a leviathan task.

The Dublin museum has flown over two experts from the Netherlands to work with local staff who label every bone for storage, ready to be replaced after the renovation.

Owing to Covid-19 restrictions, the Dutch visitors perform their work with monastic dedication.

Travelling between their accommodation and the museum and back again, they are "fed and watered" by their Irish hosts to limit their contact with others. 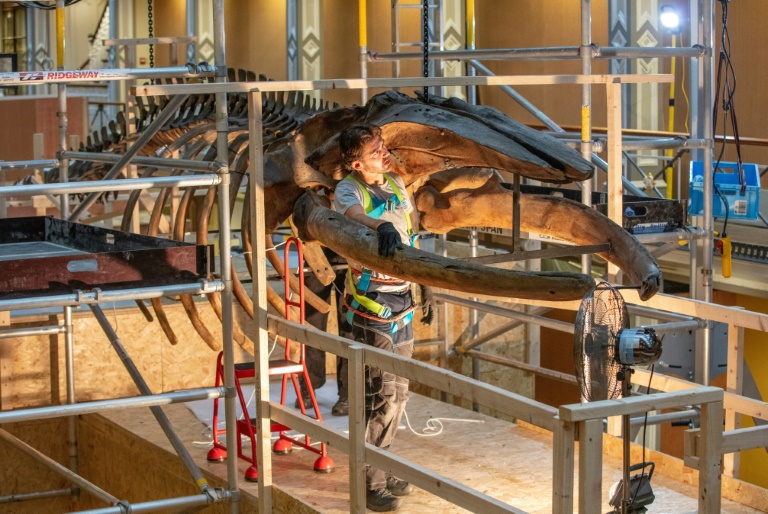 The roof acts as a hanging bracket for the museums' two prize possessions -- two whale skeletons.

Overall, the work will take three months, although the Dutch team will fly home for periods of time as the scaffolding is towered up to reach the second skeleton.

The work itself takes place at a strange pace.

Hours of examination, strategising and meticulous tinkering are followed by minutes of high-stakes activity.

If the task is a puzzle, it is one which becomes harder as it is completed.

Removing one portion of the skeleton changes the centre of gravity, threatening to send the crumbling bone structure lunging uncontrollably into open air.

As the team pull the left fin from the body of the humpback, it is bound together in elaborate knots, hooked to a slow crane and gently lowered from the arms of workers above to staff below.

For a moment, it is controlled by neither.

Dangling in space, it pulls to the right and voices are raised in the usually hushed museum, before control is regained and it is lowered safely onto a foam mat.

"First one down," quips a staff member in a hard hat beneath the 170 bones of the first whale, yet to be delivered below.