Three robots ride the elevators and navigate the corridors of the 453-room hotel, carrying luggage or delivering room service orders.

Hotel Sky bills itself as the first in Africa to employ droids.

LIFESTYLE NEWS - The lobby of an upmarket hotel in Johannesburg's affluent Sandton district is eerily deserted, with not a concierge or bellhop in sight.

Jane May, who has just received her key card at the front desk, comes face-to-interface with a multi-coloured humanoid robot - a rarity in any hotel, but what is believed to be a first in Africa.

"Welcome to Hotel Sky," the robot intones. "I am not a person, I am a virtual agent. You can ask me a question."

Three robots ride the elevators and navigate the corridors of the 453-room hotel, carrying luggage or delivering room service orders.

Hotel Sky has embraced the new technology as a way to help reduce the risk of infection by Covid-19 in a country that has recorded more than 1.45 million cases and nearly 45,000 deaths. 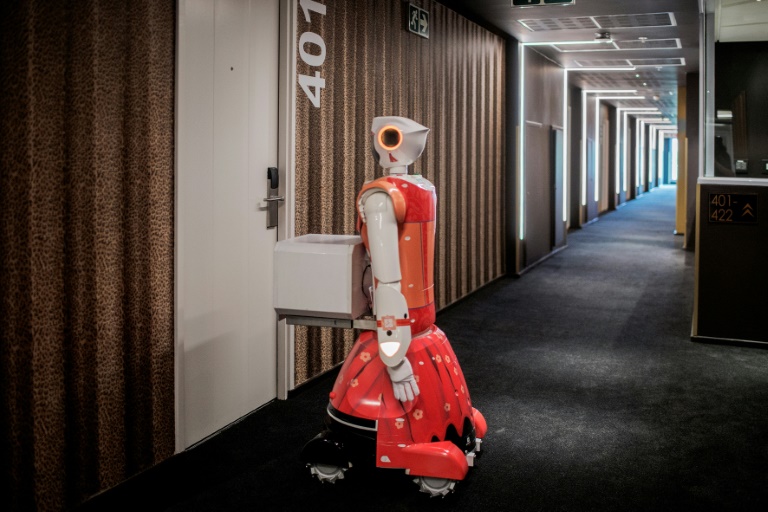 The robots were developed back in 2019 as an integral part of the hotel's design. Then the creation turned out to be serendipitous, as the pandemic arrived even before the hotel welcomed its first guests.

No one had imagined the robots would come in handy to facilitate the now much-encouraged contact-less services, the hotel's general manager Herman Brits told AFP.

Putting on a brave face in the thick of the pandemic, the hotel opened last November even as the hospitality industry was buckling under virus restrictions and curfews.

Hotel Sky bills itself as Africa's first to employ droids, and underscores that the pandemic is accelerating the drive towards automation in the continent.

"They bring a totally new dimension (and) create a nice excitement," Brits said.

Robots are finding their way into new roles in rich countries, but they are rare in developing countries, where labour is cheaper. 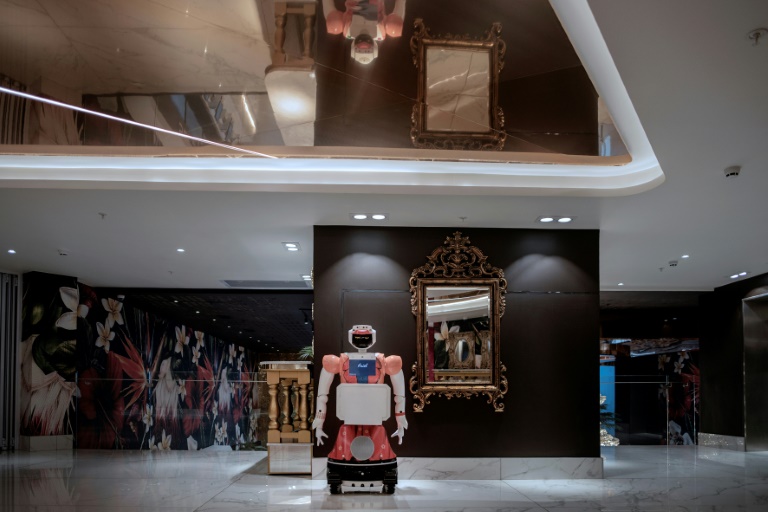 The robots were developed as part of the hotel's design, before any thought of their usefulness in a pandemic.

"A lot of the guests think it's... pretty cool," said Nikhil Ranchod, co-founder of CTRL Robotics, the company behind the installation. "The novelty of the whole system is big in South Africa."

He insisted that the goal is not to replace staff in a country where nearly a third of the workforce is jobless, but to complement them.

"Ask the front desk staff and they will tell you that (the robots) give them more time to perform their duties more creatively and better," Ranchod said.