Iceland tries to bring back trees razed by the Vikings

Iceland was once lush with forests but the Vikings razed everything to build homes and make way for grazing pastures when they conquered the island.

LIFESTYLE NEWS - Before being colonised by the Vikings, Iceland was lush with forests but the fearsome warriors razed everything to the ground and the nation is now struggling to reforest the island.

The country is considered the least forested in Europe; indeed, forests in Iceland are so rare, or their trees so young, that people often joke that those lost in the woods only need to stand up to find their way.

However, it wasn't always that way.

When seafaring Vikings set off from Norway and conquered the uninhabited North Atlantic island at the end of the ninth century, forests, made up mostly of birch trees, covered more than a quarter of the island. 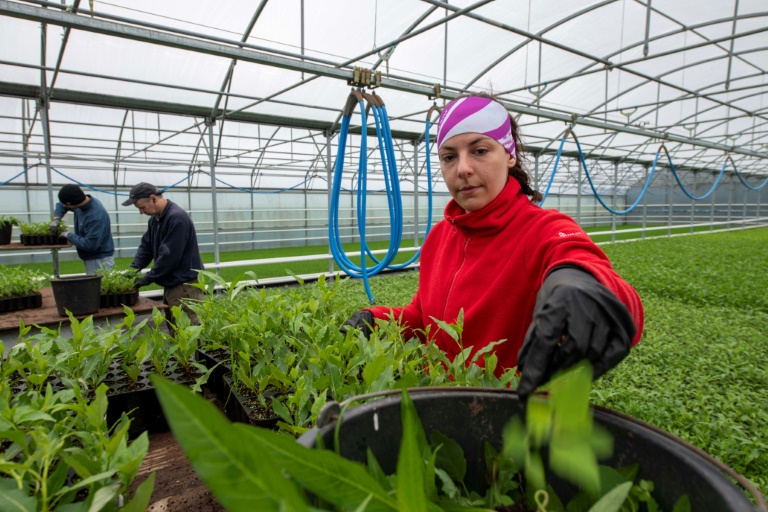 Iceland is now trying to bring the trees that once lushly covered part of the island back, but faces a challenge.

Within a century, the settlers had cut down 97 percent of the original forests to serve as building material for houses and to make way for grazing pastures.

The forests' recovery has been made all the more difficult by the harsh climate and active volcanoes, which periodically cover the soil with lava and ashes.

According to a report published in 2015 by the United Nations Food and Agriculture Organization (FAO), forests now only cover 0.5 percent of the island's surface.

The lack of trees means there isn't any vegetation to protect the soil from eroding and to store water, leading to extensive desertification despite the country's far northern location. 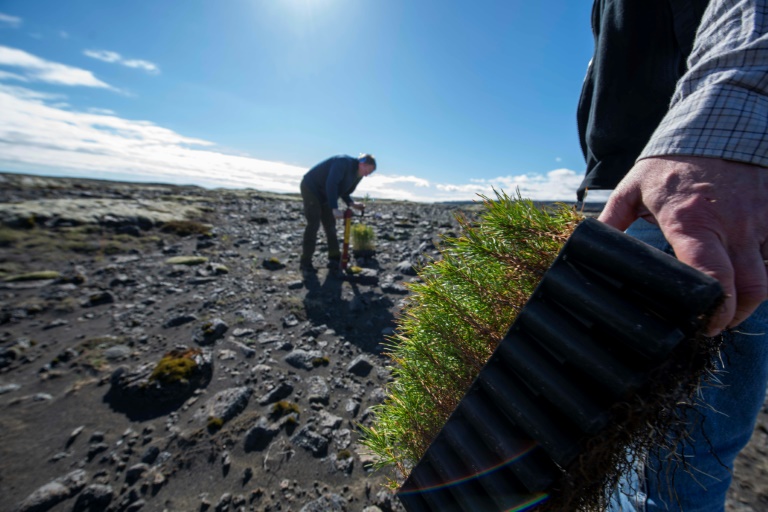 Adalsteinn Sigurgeirsson (R), and Hreinn Oskarsson, both of the Icelandic Forest Service, are involved in reforestation efforts.Reforestation efforts since the 1950s and especially the 1990s have helped the rocky landscape regain some of the greenery and efforts are ongoing.

In Hafnarsandur, a 6,000-hectare (14,800-acre) area of basalt and black sand in Iceland's southwest, authorities have tasked the Icelandic Forest Service with turning the lunar landscape into a forest.

"This is one of the worst examples of soil erosion in Iceland on low land," said Hreinn Oskarsson, the service's head of strategy.

Armed with a red "potti-putki", a Finnish designed tube-shaped tool, Oskarsson is planting lodgepole pines and Sitka spruces, two species of North American conifer trees, in an attempt to protect the nearby town of Thorlakshofn from recurring dust storms.

"We are planning an afforestation project to stabilise the soil," Oskarsson added. 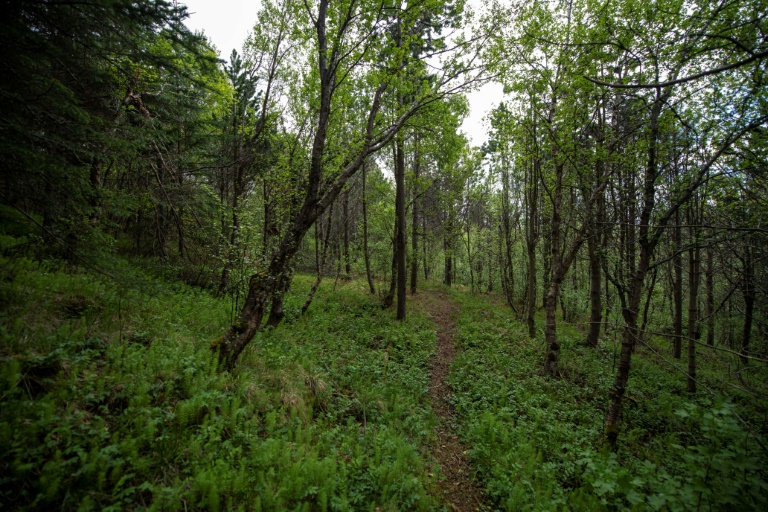 At Mogilsa where the Icelandic Forest Service's research division is located is a 50 year-old planted forest where imported trees grow together with Iceland's only domestic tree, the birch.

At the foot of Mount Esja, which overlooks the capital Reykjavik, is Mogilsa, where the Icelandic Forest Service's research division is located.

Next to the station is a 50 year-old planted forest where imported trees grow together with Iceland's only domestic tree, the birch.

Despite the birch being native to the soil, afforestation efforts often focus on other species of trees.

The problem with birches, according to Adalsteinn Sigurgeirsson, deputy director of the forest service, is that they aren't a "productive species".

"So if you are going to meet other objectives, like fast sequestering of carbon or producing timber... we need more variety than just monocultures of one native species," he said.

Dozens of nursery gardens have been set up throughout the country to facilitate the afforestation efforts. 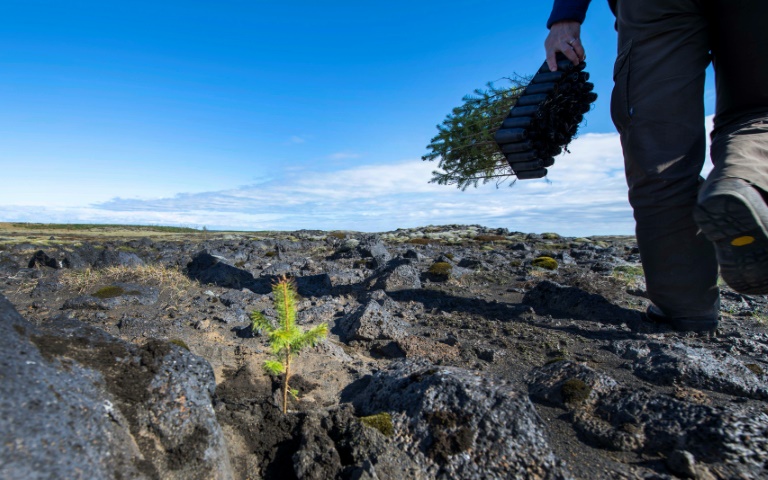 Iceland's lack of trees means there isn't any vegetation to protect the soil from eroding and to store water, leading to extensive desertification.

"Originally, they come from Alaska but now we have 30, 40, 50 year-old trees giving us seeds, so we collect that and we use that for forest seedlings production," Holmfridur Geirsdottir, a 56-year-old horticulturist and greenhouse owner, told AFP.

The young trees are cultivated indoors for three months before being moved outside.

But since Icelandic soil is low in nitrogen, the maturation process is slow and the average growth rate is only about one tenth of that observed in the Amazon rainforest.

The Icelandic government has made afforestation one of its priorities in its climate action plan, published in September 2018.

It identifies trees' carbon uptake as one of the country's ways of mitigating climate change. 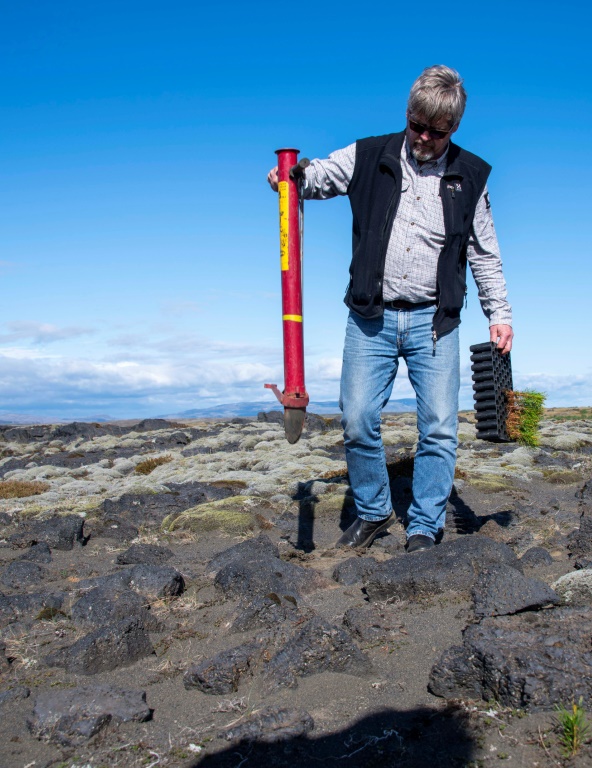 The Icelandic government has made afforestation one of its priorities in its climate action plan.

"What has mainly been hampering growth of forest here has been the low temperatures and the coolness of the summers, but we are realising changes in that because of climate change," said forest service deputy director Sigurgeirsson.

"Warming appears to be elevating tree growth in Iceland, and therefore also the carbon sequestration rate," he continued.

Since 2015, between three and four million trees have been planted in Iceland, the equivalent of about 1,000 hectares.

That, however, is only a drop in the ocean compared to the six to seven million hectares planted in China over the same period.