Children of Colombia's peace growing up among landmines

LIFESTYLE NEWS - The children in the school playground are the kids of former guerrillas, born during the peace process that allowed their parents to finally lay down their arms.

But these heirs to Colombia's peace are growing up learning to watch their step - to avoid the conflict's deadly legacy, landmines.

"What does an anti-personnel mine do?" A mischievous little boy jumps up and answers: "Boom!"

There are titters from the group. But calmly a little girl adds: "It explodes when you touch it or when you walk on it. 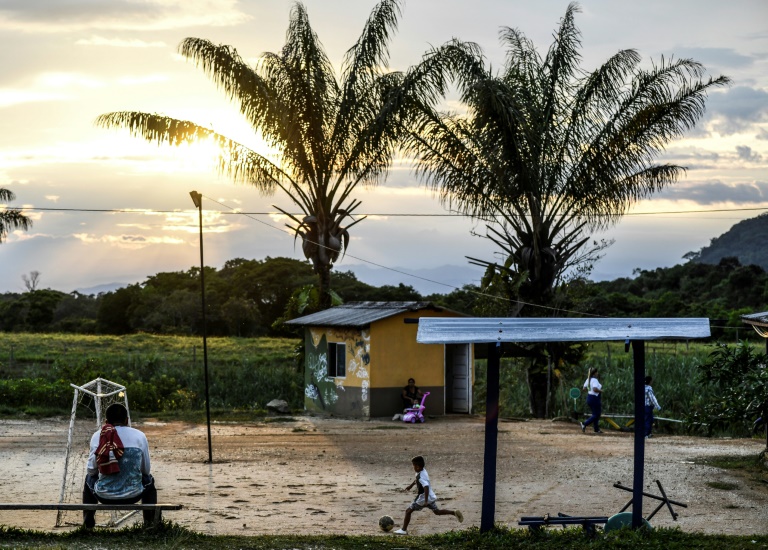 More than a quarter of civilian victims of landmines are children and adolescents.

Sitting in their recreation area, some 15 children huddle with a mine-risk education team (ERM) visiting their isolated primary school, located at the end of a path in the municipality of La Montanita, in the southern department of Caqueta.

The children react to photos shown by the educators, four former rebels of the Revolutionary Armed Forces of Colombia (FARC), which has become a political party since disarming under a 2016 agreement.

"Look, there's a bomb that looks like a lollipop," says one kid pointing to a detail in a picture. Frowning, her eyes move across the other - more graphic - images, showing the maimed victims of anti-personnel mines, amputees missing hands or legs.

The ERM team teaches the children how to behave in an environment that contains these silent killers, lying in wait in the ground, sown by one or other of the warring factions - leftist guerrillas, right-wing paramilitaries or security forces - over the years.

They are still used by the National Liberation Army (ELN), the country's last fully active rebel force, by FARC dissidents, and by the narco-trafficking gangs protecting plantations of marijuana or coca, the raw material for cocaine. 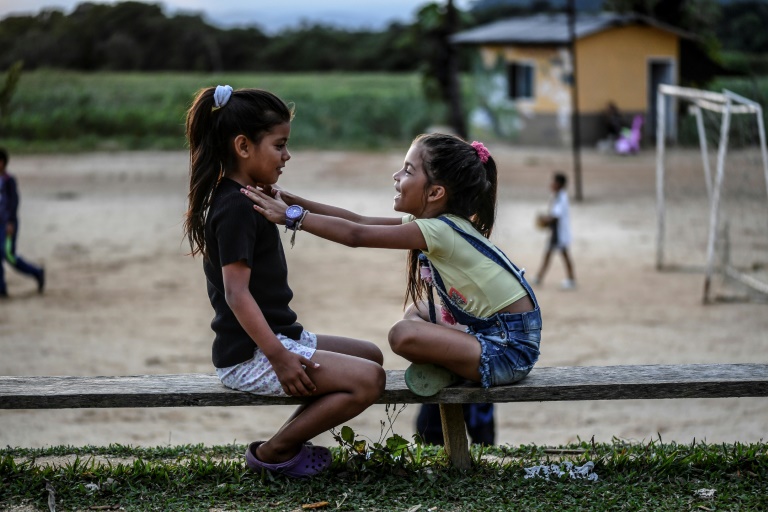 Two girls, the daughters of former FARC rebels, play in the municipality of La Montanita.

Colombia is second only to Afghanistan as the country most affected by landmines.

Since 1985 abandoned landmines and unexploded ordnance have maimed nearly 12,000 people in Colombia - killing 20 percent of them outright - according to the government's high commission for peace.

More than a quarter of civilian victims of the mines are children and adolescents, says a report from the National Center for Historical Memory.

As they run about and play on the fringes of the jungle, children can come across a lethal mine planted on the edge of a path. Many are made of colored plastic, some disguised as commonplace objects like a soda bottle.

One member of the ERM team is 28-year-old Marcela Albino, who was only a little older than these children when she "joined the ranks of the FARC, at 13."

Since handing in her rifle as part of a group of some 7,000 FARC ex-combatants in 2016, she has been working with children in the Agua Bonita reintegration zone, 45 minutes along a mountain trail from La Montanita.

There, some 300 former guerrillas prepare for civilian life growing pineapples, fish farming or raising chickens. The walls of their homes are festooned with colorful murals depicting the history of the guerrilla war that began in 1964. 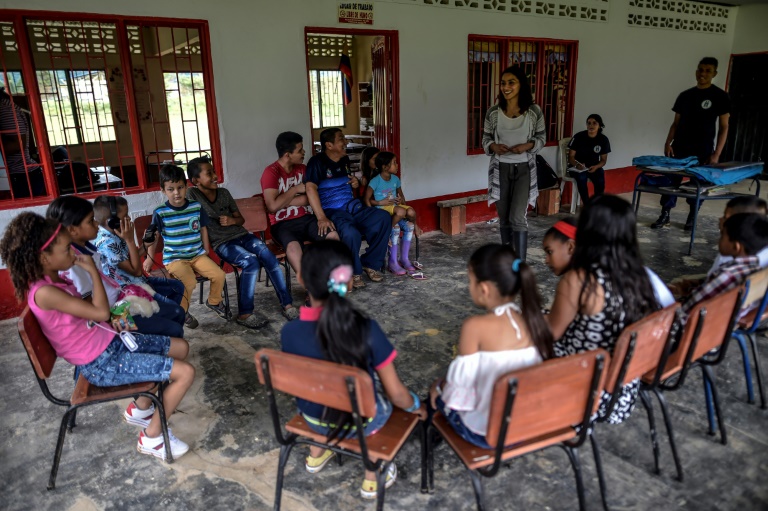 Children listen to a member of an humanitarian demining organization in La Montanita.

Marcela joined Humanicemos DH, a non-governmental organization in which around 100 ex-rebels train to become professional de-miners - or, in the case of 38 of them, mine risk educators.

"The little ones are the most vulnerable so we focus on them," she said, warning them against munitions "of all sizes, shapes and colors."

The landmines can remain active for up to 15 years.

According to the National Agency for Rehabilitation and Standardization (ARN), the Agua Bonita area is home to 57 minors who are known by the ERMs as the "Invisible children of war".

They have been recovered by their parents after being born in the conflict zone and then raised far from them, and more than 30 have been born here since the peace talks began in 2012. Six more babies are expected soon.

"We need more classrooms," said 56-year-old Jaime Caicedo, who has spent the past 20 years as a teacher at the modest local school.

"In the past here, there were sometimes no more than five small children, but now there are 27," he said. He said he is pleased to see that the ex-guerrillas have helped to renovate the old school building's roof and toilets and paint the place. 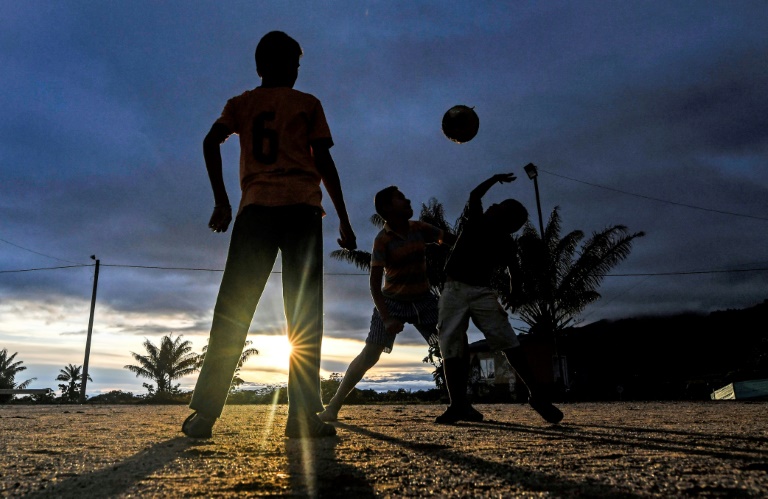 Children play football in the municipality of La Montanita.

During the conflict, the schools desks here would sometimes shudder from the sound of explosions, but times are changing, Caicedo says, and the children of ex-rebels can mingle "without any discrimination" with kids from the surrounding farms.

"Peace starts with socialization, with coexistence, with tolerance," said the teacher.

"And if it goes on through the children, who are the men and women of tomorrow, therein lies the seed of peace."