LIFESTYLE NEWS - Beer sales in Vietnam are down ahead of the lunar new year, bar owners said, as a tough new drink-driving law threatens to put a lid on celebrations in one of the world's fastest-growing markets for the cold stuff.

In the run-up to Vietnam's Tet holiday, open-air 'bia hoi' bars are normally packed with rowdy customers sloshing back jugs of the country's favourite tipple.

But in many bars in Hanoi, rows of chairs sit empty and some managers complained business is way down since a zero-tolerance policy was introduced on 1 January.

Nguyen Thi Hanh, a manager at a bia hoi in downtown Hanoi, said she would struggle to pay staff this month.

"The new regulation is horrible. The number of customers has dropped significantly, by around 80 percent," she said.

"If the situation carries on like this, we can only hold up for one to two months."

The strict new law came is part of an effort to change the drinking culture in a country where swigging a few beers before dashing home on a motorbike is common - and where road accidents are a leading killer.

More than 30 per cent of traffic accidents among men in Vietnam are due to excessive drinking, according to the World Health Organization.

Under the new law, motorbike drivers who have been drinking will be fined up to $345, while car drivers under the influence could face a penalty of up to $1,800. Both face two-year licence suspensions.

Even bicyclists face up to $25 for riding after drinking. 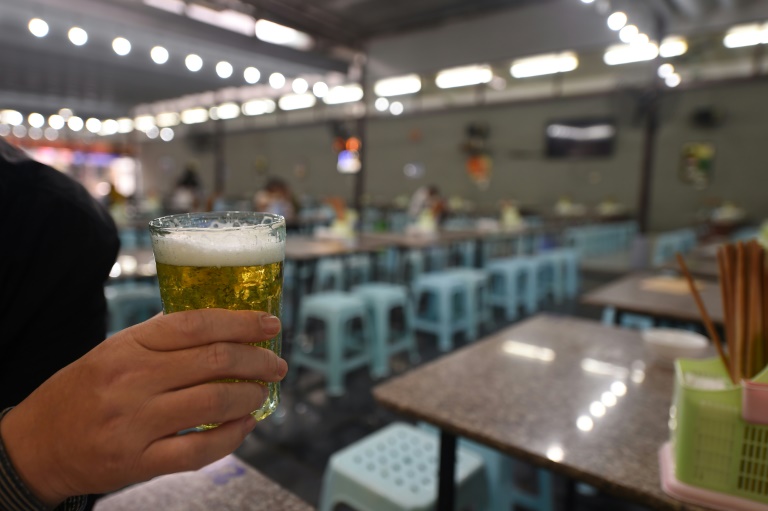 Many Vietnamese stop off at their favourite bar for a few glasses of beer after work.

Traffic police said they fined around 6,300 drivers across the country in the two weeks after the law was introduced. Fatal accidents dropped by around 13 percent compared to the previous fortnight.

Bar manager Tran Anh Minh said takings were down by 50 percent at his bia hoi and they were trying to help customers by offering to keep vehicles overnight or driving them home.

One of his few patrons, Nguyen Tien Dung, said he had barely been out to drink in recent days and had only come to have a few with a friend because the bar was close to home.

"I support the new regulation but it was introduced quite fast," he said, nursing a beer in the deserted bar.

"The habits of Vietnamese people can't be changed right away."

With a population of 93 million people, Vietnam is among Asia's top 10 alcohol consumers, according to SSI Securities asset management firm.

Beer consumption is expected to hit 4.2 billion litres (1.1 billion gallons) in 2020, and the country is Southeast Asia's biggest beer market.