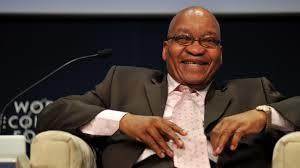 The 2015 AU Summit will be held under the theme "Year of Women's Empowerment and Development towards Africa's Agenda 2063".

In conjunction with exploring concrete ways to achieving women's empowerment and gender equality in all spheres of life, the Summit will consider the adoption of Agenda 2063, a fifty-year continental trajectory. Furthermore, the Summit will also endeavour to address health related issues, especially the scourge of the Ebola pandemic; peace and security related issues, and; development and administrative related issues vis-à-vis New Partnership for Africa's Development (NEPAD) and African Peer Review Mechanism (APRM).

It will be recalled that the 22nd Ordinary Session of the African Union Assembly held in Addis Ababa in January 2014 paid tribute to the late former President of the Republic of South Africa, Mr Nelson Mandela, by bestowing the honour of naming the plenary hall of the African Headquarters after him. Consequently, the January 2015 Summit will inaugurate the Nelson Mandela Hall.