'With masters defeated, the slaves can't fight': Taliban eye victory after US exit

The city continues to buzz with busy markets and traffic jams, but by sunset most shops are shuttered as the sound of gunfire and mortar shells reverberate across the countryside.

Afghan forces have been battered in recent weeks and the Taliban are confident they will quickly seize control of the entire country after the US began a troop withdrawal in May.

INTERNATIONAL NEWS - With Afghan troops in retreat and soon to lose vital American air support, Taliban commanders are voicing exuberance about quickly seizing full control of the country and re-establishing their version of an Islamic state.

Unprecedented peace talks between the insurgents and Afghan government continue to flutter, and as violence rages across Afghanistan, militants claim to have taken nearly 30 districts since the US began its final troop withdrawal in early May.

With supply lines stretched, Afghan forces have been clobbered by Taliban fighters in recent weeks, forcing the country's military leaders to strategically retreat from a number of rural districts.

"The arrogant Americans thought they could wipe the Taliban from the face of the earth," said Mullah Misbah, an insurgent commander in violence-wracked Ghazni province, during a recent interview with AFP.

"But the Taliban defeated the Americans and their allies, and, God willing, an Islamic regime will be established in Afghanistan now that they are leaving."

In recent weeks, the Taliban have taken two districts in Ghazni, a key province straddling the highway connecting the capital with the former insurgent stronghold of Kandahar to the south.

They are now present in almost every province and are encircling several major cities - a strategy the militants employed in the mid-1990s when they overran most of Afghanistan until ousted by a US-led invasion after the 2001 September 11 attacks. 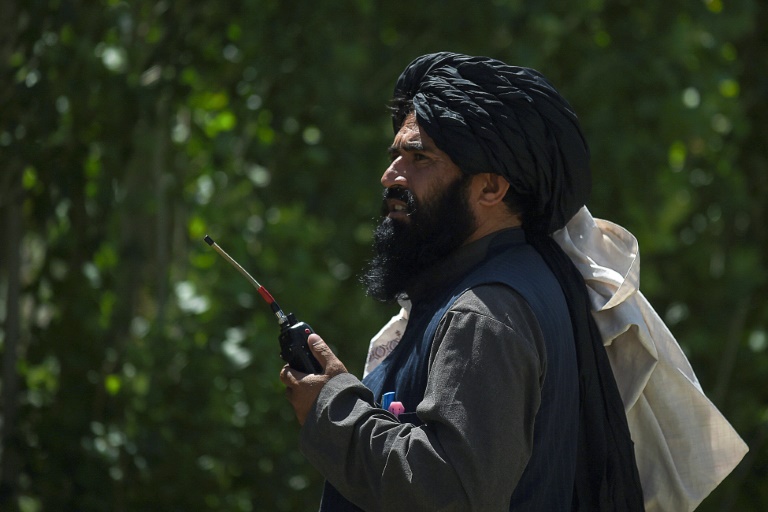 The Taliban have recently taken control of two districts in the key Ghazni province and there is speculation these gains have emboldened them to stage an all-out assault on Afghanistan's since a US troop withdrawal started in May.

"When the Americans leave they (the government forces) won't survive even for five days," said Misbah, who describes himself as a Taliban public health official in Ghazni.

He took AFP on a tour of a hospital in Andar district captured by the militants - its walls pockmarked with bullet holes.

"When the masters have been defeated, the slaves cannot fight the Islamic Emirate," he said, rattling off a series of orders over the radio.

'The Americans are defeated'

The Taliban's military gains have triggered speculation they are preparing to launch an all-out assault on Afghanistan's cities once the Americans and their international allies leave.

Afghan authorities insisted they are capable of reversing the Taliban's momentum, citing their opponents' lack of heavy weapons and vulnerability to air strikes from Afghan forces. 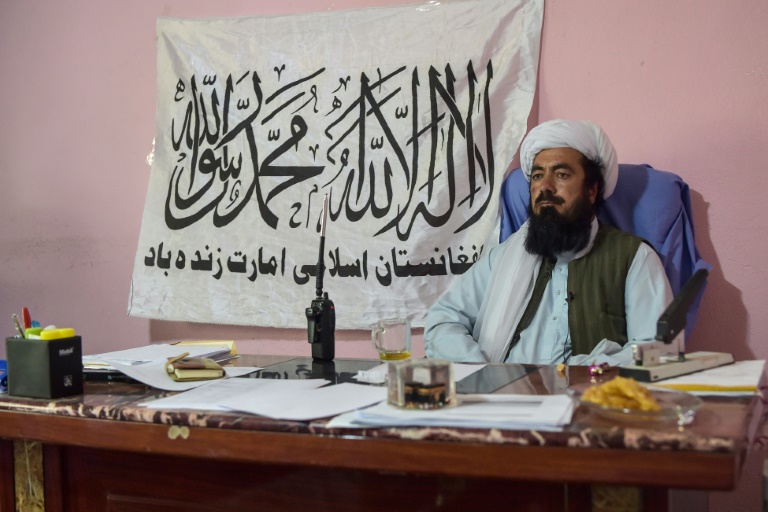 But the insurgents are confident of success once US troops are fully withdrawn ahead of a September deadline set by President Joe Biden.

"You know and everyone else knows that the Americans and their NATO allies and the Kabul administration have been defeated 100 percent," said Qari Hafizullah Hamdan, a Taliban commander from the nearby district of Qarabagh.

The Ministry of Defence did not respond to a request for comment.

Despite the talk of a swift military victory, a Taliban spokesman said decisions on the war's future course ultimately rested with the leadership.

"It's natural that military commanders want to use force," said the spokesman.

"But decisions are made at the top... so any rulings made by the leadership council will be implemented, and the commanders will follow."

Away from the frontline, the Taliban are increasingly overseeing civil projects inside their territory.

Misbah and his troops have run their hospital for two years, where they distribute medicine to nearby residents and treat wounded jihadists and civilians alike. 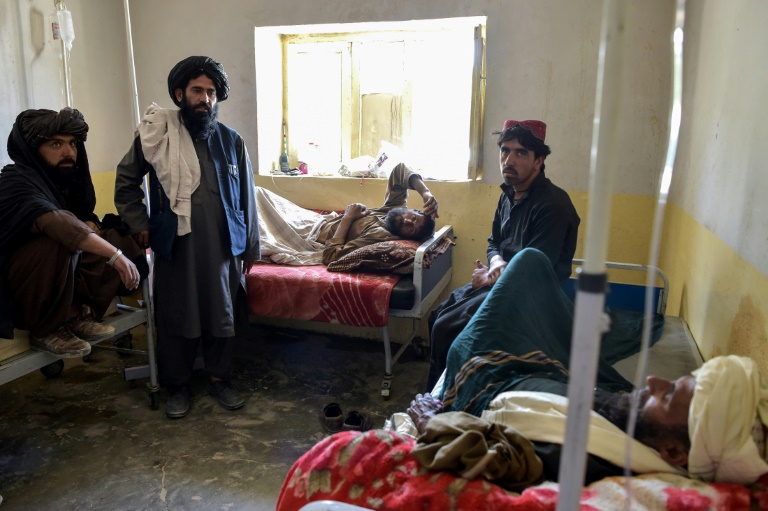 The Taliban have set-up civil projects in their own territory, including hospitals for their own fighters and civilian residents.

Injured Taliban fighters are often moved in and out of the hospital, however, to avoid air strikes.

"With this training we can help the wounded on the battlefield," said Taliban fighter Hafizullah, as ICRC medics passed on instructions to militants nearby.

The ICRC often works with both sides in conflict zones in order to have access to civilian populations.

'There is no security here'

During AFP's tour of the insurgent hospital in Andar district, government forces were not visible for several miles around the facility. 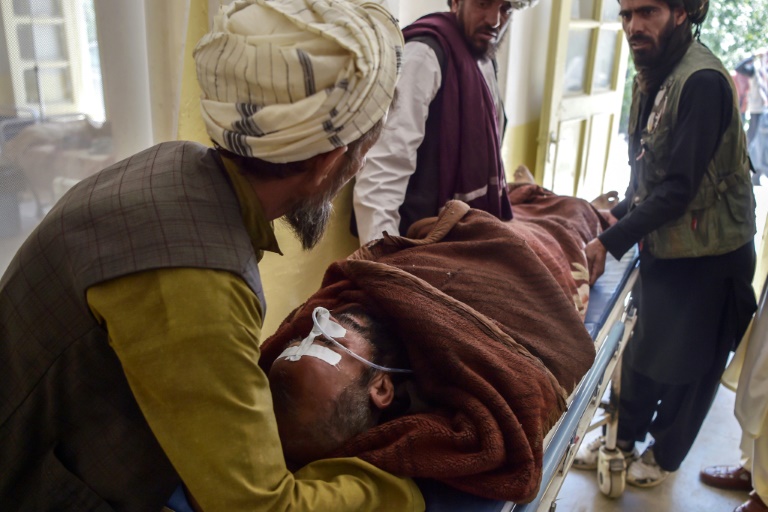 The Taliban claim that many civilians have been injured in bombings by government forces but both sides regularly accuse one another of rights violations.

Misbah said that most patients there were civilians injured in bombings by enemy forces, but offered little evidence to support his claim.

Both the Taliban and government regularly exaggerate casualties inflicted on their adversaries, while also accusing each other of overseeing rights violations, including the targeting of civilians.

Sporting long beards and turbans, Taliban fighters armed with machine guns were seen outside the hospital and across the countryside, mingling with villagers carrying out their daily chores as women in burqas worked the fields.

The single mud track that connects Andar district with the provincial capital is lined with mud houses and farms, some with solar panels to power water pumps. 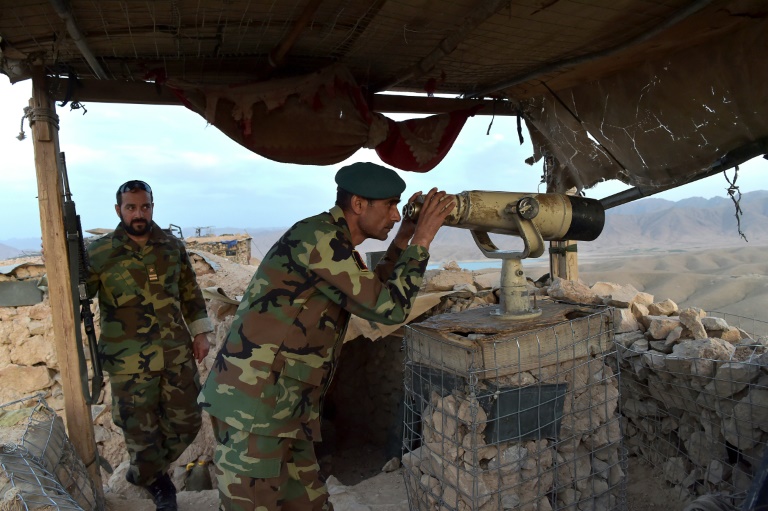 The Taliban has made significant territorial gains in recent weeks sparking  fears of larger assaults to take over Afghanistan's remaining cities after the US fully  withdraws troops.

The Taliban's growing presence nearby has spurred fears that the insurgents are close to launching another bloody assault on Ghazni city - as they did in 2018, torching the main bazaar and killing scores of civilians.

"The Taliban are at the edge of Ghazni city," said local businessman Ahmad Rahim.

"There is no security here."

The city continues to buzz with busy markets and traffic jams, but by sunset most shops are shuttered as the sound of gunfire and mortar shells reverberate across the countryside.