US votes on Trump's fate under threat of election turmoil

The United States is more divided and angry than at any time since the Vietnam War era of the 1970s - and fears that Trump could dispute the result of the election are only fueling those tensions.

US President Donald Trump is down in the polls on election eve.

INTERNATIONAL NEWS - Americans vote Tuesday in an election amounting to a referendum on Donald Trump and his uniquely brash, bruising presidency that Democratic opponent and frontrunner Joe Biden urged supporters to end, restoring "our democracy."

The United States is more divided and angry than at any time since the Vietnam War era of the 1970s - and fears that Trump could dispute the result of the election are only fueling those tensions.

Despite an often startlingly laid-back campaign, Biden, 77, leads in almost every opinion poll, buoyed by his consistent message that America needs to restore its "soul" and get new leadership in the midst of a coronavirus pandemic that has killed more than 231,000 people.

"I have a feeling we're coming together for a big win tomorrow," Biden said in Pittsburgh, Pennsylvania, a vital electoral battleground where he was joined by pop superstar Lady Gaga. "It's time to stand up and take back our democracy." 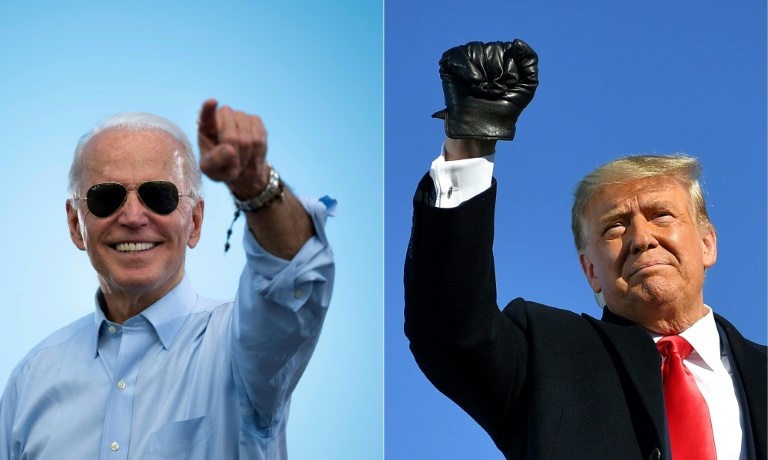 But Trump was characteristically defiant to the end, campaigning at a frenetic pace with crowded rallies in four states on Monday, and repeating his dark, unprecedented claims for a US president that the polls risk being rigged against him.

After almost non-stop speeches in a final three-day sprint, he ended up in the early hours of Tuesday in Grand Rapids, Michigan - the same place where he concluded his epic against-the-odds campaign in 2016 where he defeated apparent frontrunner Hillary Clinton.

Despite the bad poll numbers, the 74-year-old Republican real estate tycoon counted on pulling off another upset.

"We're going to have another beautiful victory tomorrow," he told the Michigan crowd, which chanted back: "We love you, we love you!"

"We're going to make history once again," he said.

Packing Trump's bags
While Tuesday is formally Election Day, in reality Americans have been voting for weeks.

With a huge expansion in mail-in voting to safeguard against the Covid-19 pandemic, nearly 100 million people have already made their choice. 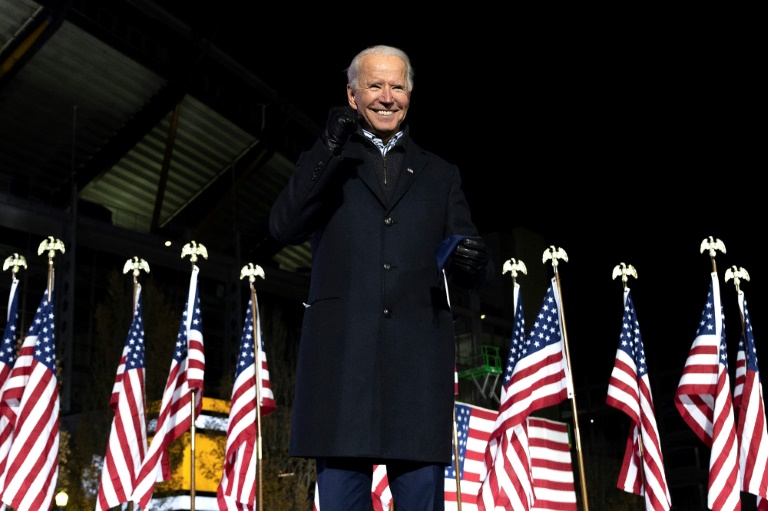 Biden has the wind in his sails after indications that Democratic enthusiasm in the early voting may be matching the more visible energy at Trump's impressive rallies.

In one of US history's great political gambles, Biden stuck to socially distanced gatherings with small crowds right up to the last moment, in stunning contrast to Trump's constant, large rallies where few supporters so much as bothered with masks.

But the Democrat, making his third attempt at the presidency, clearly senses that his calmer approach and strict attention to pandemic protocols is what Americans want after four tempestuous years. 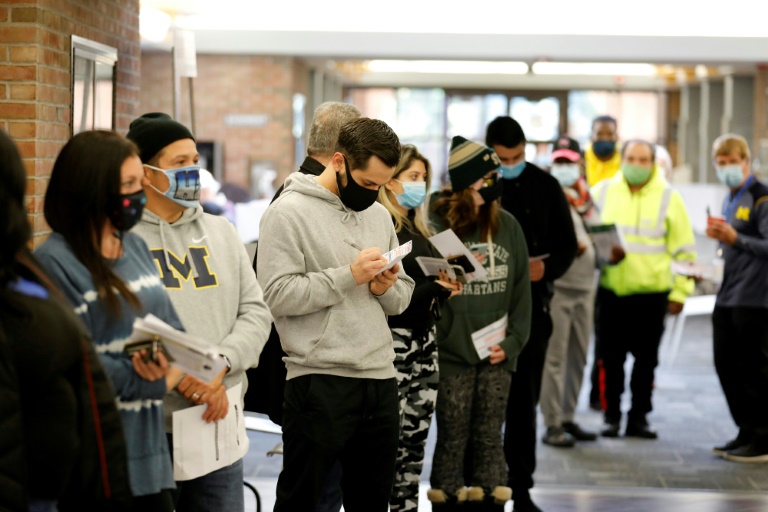 "It's time for Donald Trump to pack his bags and go home," Biden told supporters in Cleveland.

In chilly downtown Pittsburgh, Justine Wolff said she had cast her ballot for Biden already and was cautiously hopeful he would carry Pennsylvania, which along with Florida may be the tightest of all the swing states that decide close national elections.

"I hope that people have seen the writing on the wall," said the 35-year-old nurse. "We need some kind of change because this isn't working for anybody."

But where many early votes are believed to have been cast by Democrats, Trump's side is hoping for a massive wave of Republican supporters voting in person on Tuesday.

"Whether he wins or loses, this is history," said Kolleen Wall, who turned out to cheer Trump in Grand Rapids. But "when you come to one of these rallies, all you think is, how could he not win?" 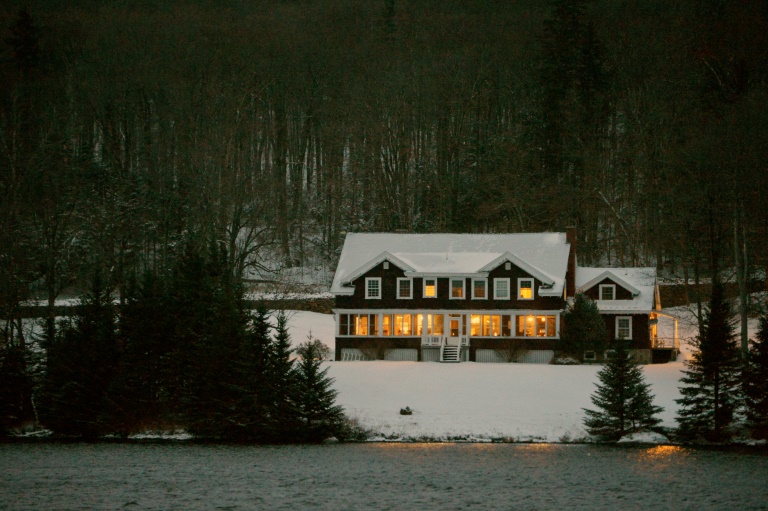 The Hale House at the Balsams resort where midnight voting took place as part of the first ballots cast on US Election Day, in Dixville Notch, New Hampshire on 2 November 2020.

A tiny hamlet of 12 residents in the middle of the forest, near the Canadian border, Dixville Notch has traditionally voted "first in the nation" since 1960.

The vote took minutes, as did the count: five votes for Biden, and none for Trump.

Warning of violence
Trump himself is planning to visit his campaign headquarters in Virginia on Tuesday, while Biden will travel to his birthplace of Scranton, the scrappy Pennsylvania town where Trump also visited on Monday. 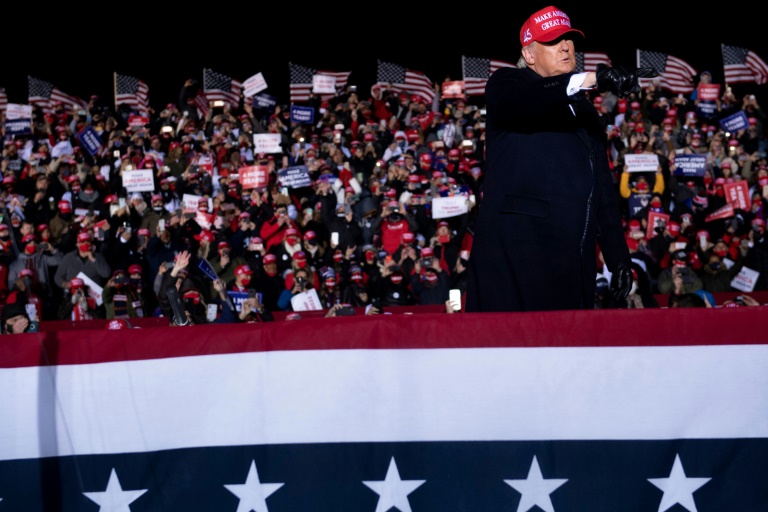 There are worries that if the election is close, extended legal chaos and perhaps violent unrest could ensue - not least because Trump has spent months trying to sap public trust in the voting process in a nation already bitterly divided along political fault lines. 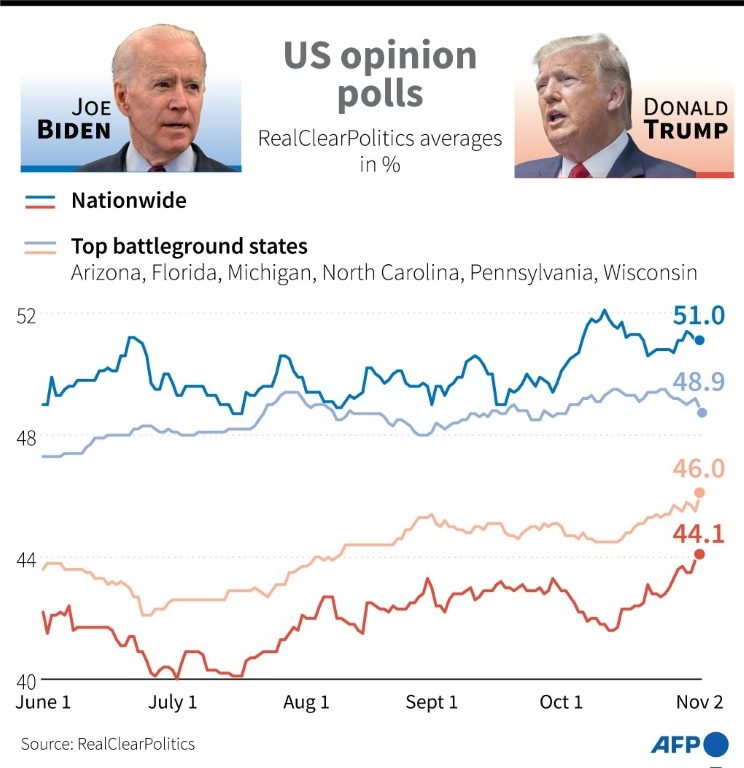 He ramped up these warnings in the final days, focusing especially on Pennsylvania's rule allowing absentee ballots received within three days after Tuesday to be counted.

In a tweet flagged with a warning label by Twitter on Monday, he said this would "allow rampant and unchecked cheating."

"It will also induce violence in the streets. Something must be done!" Trump tweeted.