US tells Thunberg to 'study economics' in Davos climate spat

Swedish teen climate activist Greta Thunberg has defended herself from criticism by US officials.

INTERNATIONAL NEWS - The United States' financial chief on Thursday told Swedish teen Greta Thunberg to go study before calling for a fossil fuel halt, prompting the climate campaigner to reply it doesn't "take a degree" to understand the science.

The spat between US Treasury Secretary Steven Mnuchin and Thunberg again highlighted the tensions over climate change at the World Economic Forum (WEF) in Davos, where governments have come under pressure to act on global warming as well as talk about the issue.

UN Secretary General Antonio Guterres reaffirmed his dire warnings about the risks of climate change, telling business leaders that the world was losing the war against global warming and urging rapid action to prevent humanity being "doomed".

Mnuchin had earlier advised Thunberg, who has been bitterly critical of US policy during her stay at Davos, to study economics before giving out lessons. 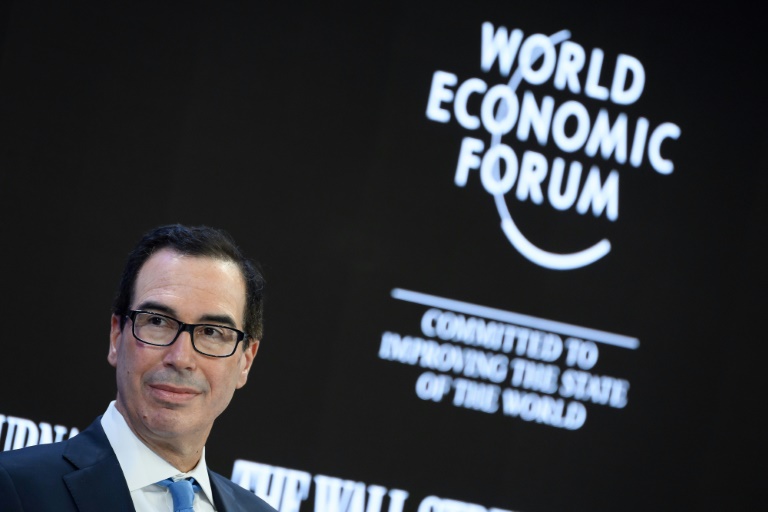 US Treasury Secretary Steven Mnuchin told Thunberg to study economics after she called for a halt to fossil fuel investment.

Asked about the 17-year-old's demand for an immediate halt to investment in fossil fuels, he told reporters: "After she goes and studies economics in college, she can come back and explain that to us."

But in a thread of tweets, Thunberg dismissed Mnuchin's comments in a typically withering response.

"My gap year ends in August, but it doesn't take a college degree in economics to realise that our remaining 1.5 degrees carbon budget and ongoing fossil fuel subsidies and investments don't add up," she wrote.

"So either you tell us how to achieve this mitigation or explain to future generations and those already affected by the climate emergency why we should abandon our climate commitments," she added.

'Not winning this war'

Guterres lamented the "lack of political will" to reach targets on climate change and urged a "meaningful shift of assets" from investments in polluting substances into the green economy.

"The planet will not be destroyed. What will be destroyed is our capacity to live in this planet," he said.

"We need to act in order to make sure we are not doomed," he said. "It is essential to recognise that climate change is an existential threat to us all.

"We are not winning this war and we absolutely must do it," he said.

German Chancellor Angela Merkel on Wednesday also said in a keynote address that governments were obliged to act on the younger generation's concerns over climate change.

In her speech to the forum, Merkel said that older politicians had to use the "positive manner and constructive impatience of young people", who she said "have a completely different horizon" in terms of time.

She did not however in her speech mention Thunberg, who other than Britain's Prince Charles has met relatively few top leaders at the forum.

'We want this done now'

In a speech on Tuesday, US President Donald Trump had castigated the "prophets of doom" and those that predicted a climate "apocalypse", in comments widely seen as an attack on Thunberg who sat in the audience.

But either by accident or design, there was no meeting between Trump and Thunberg before the US leader left the Swiss ski resort on Wednesday declaring he would have "loved" to have met the climate activist, Time magazine's Person of the Year. 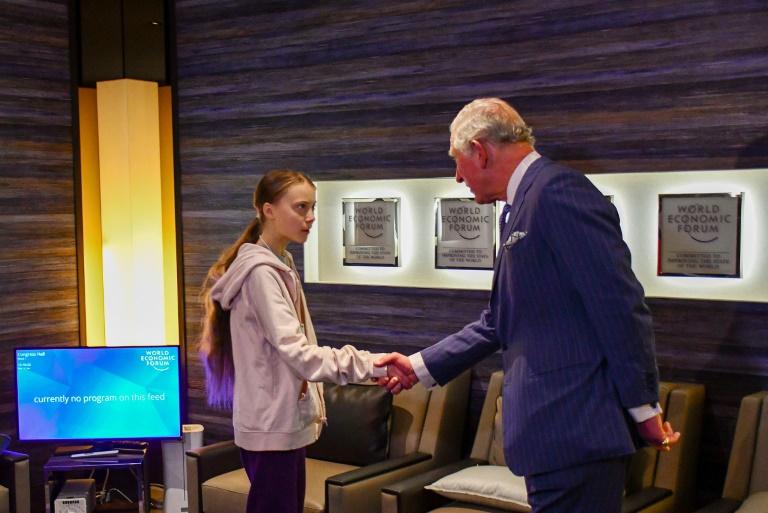 Other than Britain's Prince Charles, Thunberg has met relatively few top leaders at the forum.

Thunberg at the forum had repeated her climate warnings in sometimes withering terms, hammering home in a speech that it was time to "panic" because "the house is burning".

Jennifer Morgan, executive director of Greenpeace International, told AFP during the forum that governments were still failing to act on climate change.

Attending the summit was like being at a "crime scene where all of the criminals are right there in front of you," she said.