The country of 1.3 billion has become the latest hotspot of a pandemic that has killed more than three million people, even as richer countries take steps towards normality with quickening innoculation programmes.

A surge in recent days has seen patients' families taking to social media to beg for oxygen supplies and locations of available hospital beds, and has forced the capital New Delhi to extend a week-long lockdown.

INTERNATIONAL NEWS - The US and Britain rushed ventilators and vaccine materials to India Monday as the country battles a catastrophic, record-breaking coronavirus wave that has overwhelmed hospitals and set crematoriums working at full capacity.

A surge in recent days has seen patients' families taking to social media to beg for oxygen supplies and locations of available hospital beds, and has forced the capital New Delhi to extend a week-long lockdown.

The country of 1.3 billion has become the latest hotspot of a pandemic that has killed more than three million people, even as richer countries take steps towards normality with quickening innoculation programmes.

"He was gasping for air, we removed his face mask and he was crying and saying 'save me, please save me'," Mohan Sharma, 17, said of his father, who died outside a Delhi hospital.

"But I could do nothing. I just watched him die," Sharma told AFP. 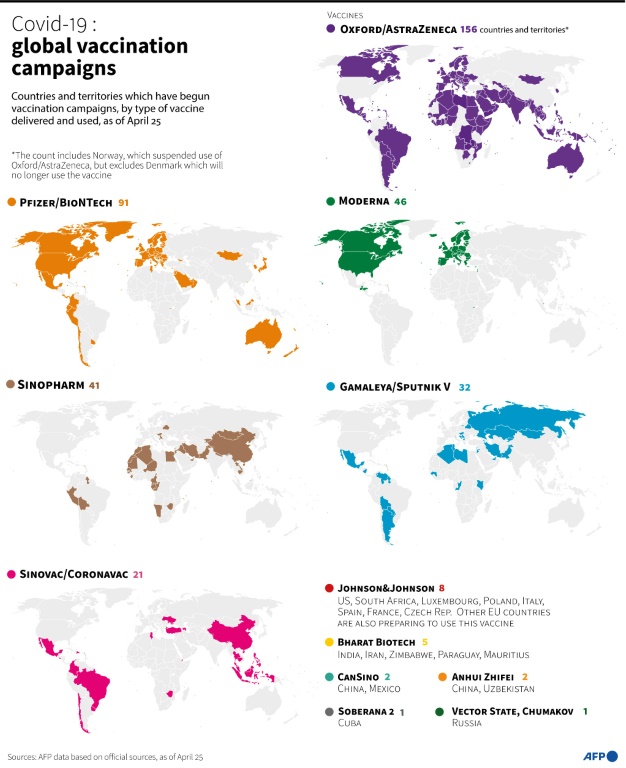 Covid-19: vaccinations around the world.

France, Germany and Canada have also pledged support to India, which has driven increases in global case numbers in recent days, recording 352,991 new infections and 2,812 deaths on Monday - its highest tolls since the start of the pandemic.

Creaking health facilities in poorer countries were exposed Sunday when more than 80 people died as fire ripped through a Baghdad hospital for Covid-19 patients, sparking outrage and the suspension of top Iraqi officials.

The first of nine airline container-loads of supplies from the UK, including ventilators and oxygen concentrators, was set to arrive in India early Tuesday, Prime Minister Boris Johnson said, pledging the UK would do "all it can" to help. 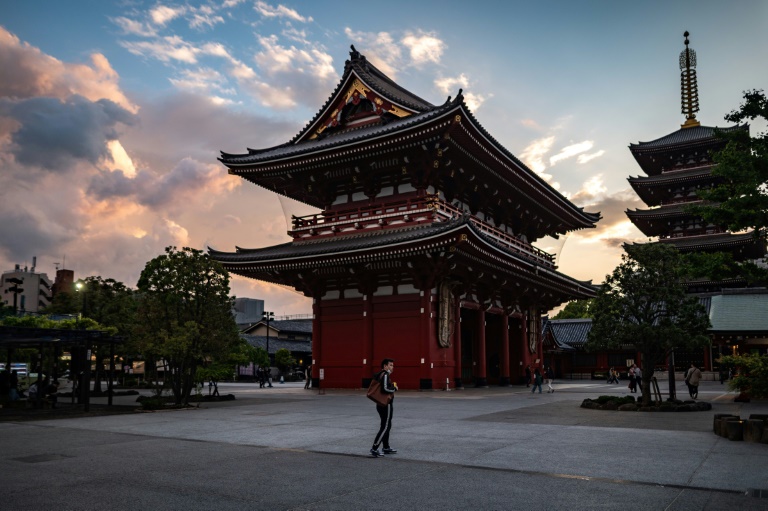 Japan's 'Golden Week' holiday got underway with new restrictions in Tokyo and Osaka.

But it did not mention whether it would send any of the 30 million AstraZeneca vaccine doses it currently holds in surplus, sparking accusations of hoarding.

The glitzy Indian Premier League is also under pressure, with a leading newspaper suspending coverage over the IPL's decision to keep playing cricket during the latest wave, and star spinner Ravichandran Ashwin withdrawing to support his family during the pandemic.

On Sunday, Twitter confirmed it withheld dozens of tweets - including from opposition lawmakers - critical of the government's handling crisis after a legal demand from New Delhi.

Japan's annual "Golden Week" holiday got underway with new restrictions in Tokyo and Osaka, where shopping malls and department stores were asked to close and residents urged avoid non-essential travel.

Bars and restaurants selling alcohol have also been asked to shut early during the week - usually Japan's busiest travel period - which comes just under three months before the pandemic-postponed Olympics are due to get under way. 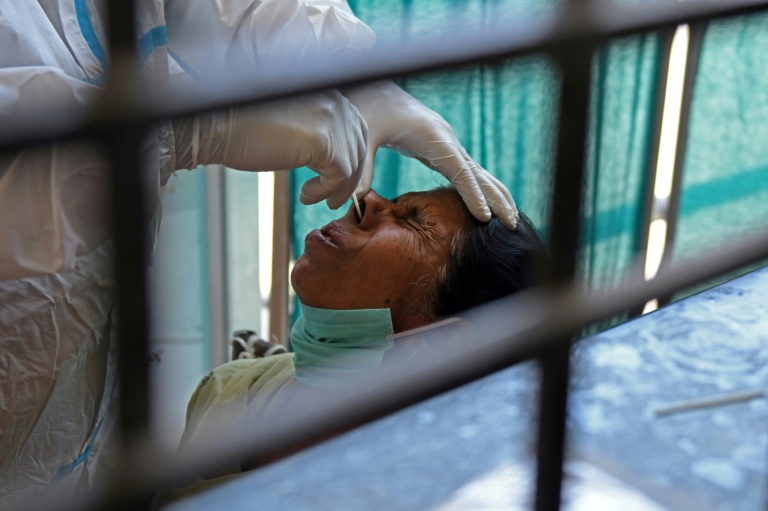 The tourism-dependent islands have recorded fewer than 100 cases and just two deaths in a population of 930,000, and the moves comes as a huge blow for hopes of opening quarantine-free travel bubbles with Australia and New Zealand.

But Americans dreaming of Paris or Florence were given some hope when EU chief Ursula von der Leyen said US tourists vaccinated against Covid-19 would be able to visit the European Union in the coming months.

She gave no timetable, but told the New York Times that the new rules could be in place by this summer.

Motor racing fans also got a boost with the news a limited number of spectators could be allowed to attend the Monaco Grand Prix in May, Formula One chief executive officer Stefano Domenicali said Sunday.

And another limited glimpse of pre-pandemic life was on display in the US, at an Oscars ceremony reuniting some of Hollywood's A-listers - unmasked and vaccinated - for the first time in more than a year.

"Human beings in the flesh!"