Undammed, undimmed: The battle over a unique European river

Activists feel that time is running out to save what they call Europe's last major "wild river" - one whose course is unaltered by industry, cities or dams - recruiting A-listers like Leonardo DiCaprio to their cause.

Activists fear time is running out to save what they call Europe's last major "wild river".

INTERNATIONAL NEWS - Cutting into craggy mountains, meandering through plains and eventually hitting Albania's shimmering Adriatic, the Vjosa river's untouched landscapes are a national treasure, but one that is under imminent threat.

Activists feel that time is running out to save what they call Europe's last major "wild river" - one whose course is unaltered by industry, cities or dams - recruiting A-listers like Leonardo DiCaprio to their cause.

The immediate concern is a plan to build a 50-metre (165-foot) high hydroelectric dam.

A Turkish-Albanian firm has the rights to the project, which would be the first development to change the course of the roughly 200 kilometre (125 mile) Albanian stretch of a river that rises in the Pindus mountains across the border in Greece. 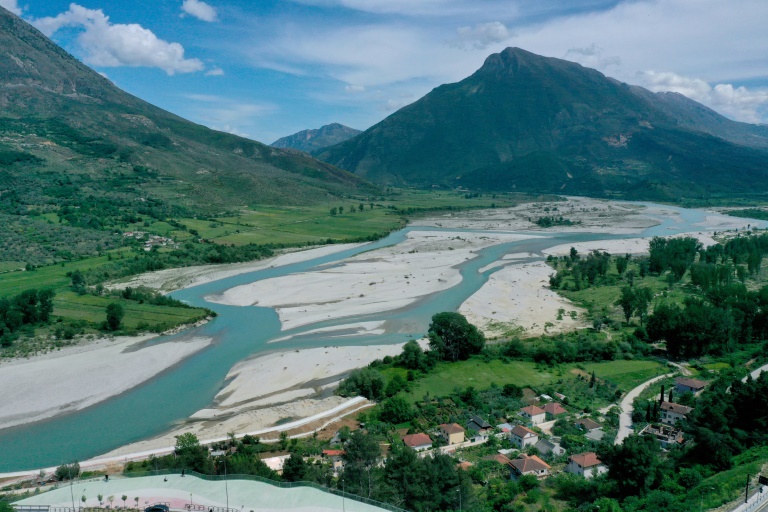 The immediate concern for the Vjosa river is a plan to build a 50-meter high hydroelectric dam.

The dam would flood areas replete with rare animal and plant life, wiping out farmland, damaging the livelihoods of fishermen and forcing thousands from their homes.

"Vjosa is my greatest love. My life is here, my childhood is here, my youth is here," says local restaurateur Arjan Zeqaj.

His roadside restaurant in the village of Qesarat enjoys spectacular views of undulating grassland tumbling down to an expanse of chaotic channels on a grey, gravelly plain.

If the reservoir comes, all that will be gone. The water will lap against the edge of the road just metres from his terrace.

"I would have to emigrate," says Zeqaj. "I see no other way to survive here."

Legal rows over the dam have been hanging over the residents for two decades. And for years, activists have been pushing the same solution.

"The Vjosa Valley must be declared a national park," Besjana Guri of the EcoAlbania NGO told AFP. "This will not only protect its unique ecosystem but also allow stable development and promote tourism and local ecotourism." 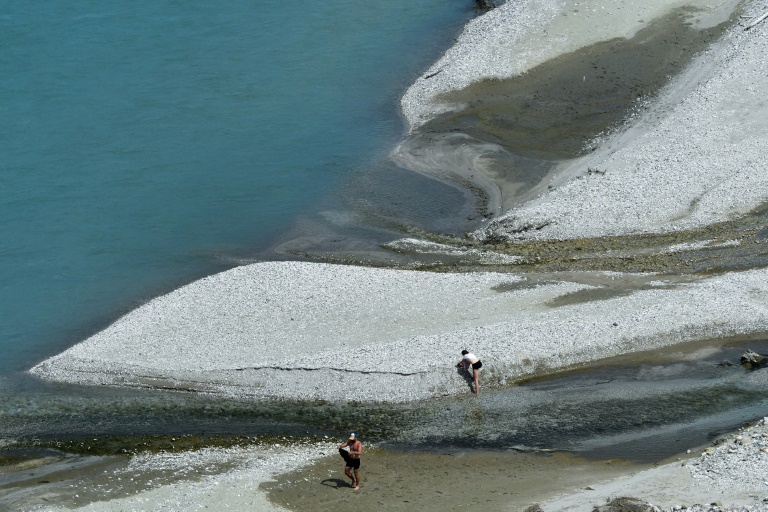 EcoAlbania is working with international NGOS to raise awareness about the river.

EcoAlbania is working with international NGOs to raise awareness, with Ulrich Eichelmann of Austria-based RiverWatch describing it as the "only chance in Europe" to save such a river system.

The activists point out that 1,175 animal and plant species have been recorded along the Vjosa, including 119 protected under Albanian law and 39 that are listed internationally as threatened.

And they also argue that Albania does not need any more hydroelectric power and should concentrate on other renewable energy sources.

On the face of it, the Albanian government agrees.

Officials say they are opposed to major development along the Vjosa and are developing projects involving solar power and liquid natural gas.

Last year, activists won a major victory when the environment ministry refused to allow Turkish-Albanian venture Ayen-ALB to start work on the dam, a decision the company is challenging in the courts. 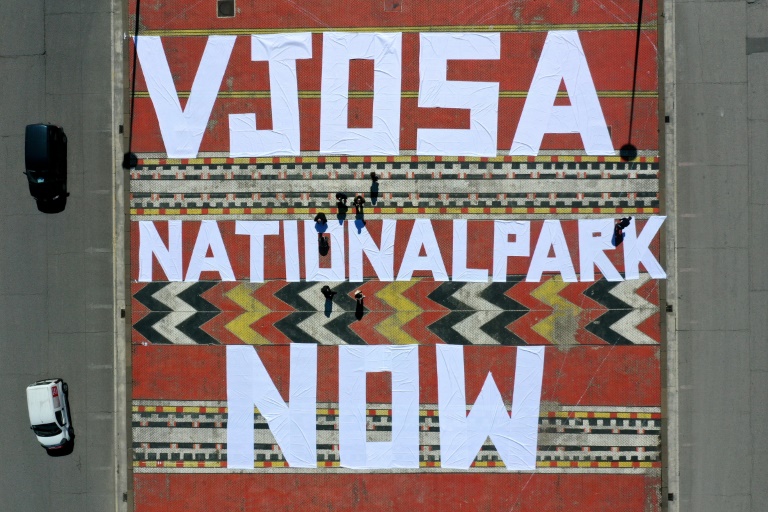 The Albanian government is resisting the national park designation, opting instead for a less strict "protected area" categorisation.

Yet the government is resisting the national park designation, opting instead for a less strict "protected area" categorisation.

"A national park is a bit too much," Prime Minister Edi Rama told AFP, claiming that the designation would stop tens of thousands of people from going about their daily lives and stop activities from agriculture to ecotourism.

Activists and locals are unconvinced.

While designating it a national park would give legal protection against hydroelectric projects, airports and other developments, the protected area designation would not.

And Rama's claim about ecotourism is also disputed.

"Industrialisation of this region with the construction of dams will make foreign tourists lose all interest in exploring Vjosa and wilder areas of Albanian more generally," says tourism expert Albiona Mucoimaj. 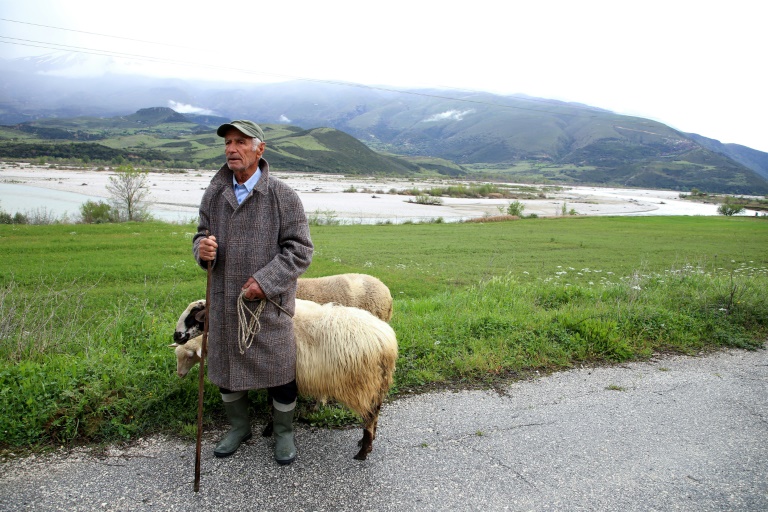 The Albanian government dreams of package tourists while some experts say industrialisation will ruin the region.

However, while she talks of rafting in the rapids and small excursions into unspoilt mountains, the government dreams of package tourists, thousands of them.

Officials are banking on a slew of new airports to fuel mass tourism and economic development along the coast, with one airport planned for wetlands near the Vjosa delta, which activists say is in a protected zone.

The battle over the Vjosa encapsulates the global debate over humanity's future: development at any price, or environmental protection above all else. Similar arguments have raged everywhere from China to Chile.

And activists are determined for Vjosa to be seen as a global issue.

"This is an unparalleled opportunity to set an example within Europe and the world," says Annette Spangenberg of EuroNatur, an NGO involved in the protection effort.

The river and all its tributaries are still untamed, and preserving the system would set "a new standard for what is possible in nature protection", she added.

At its heart, though, the battle against the dam is about preserving and improving the day-to-day lives of villagers. 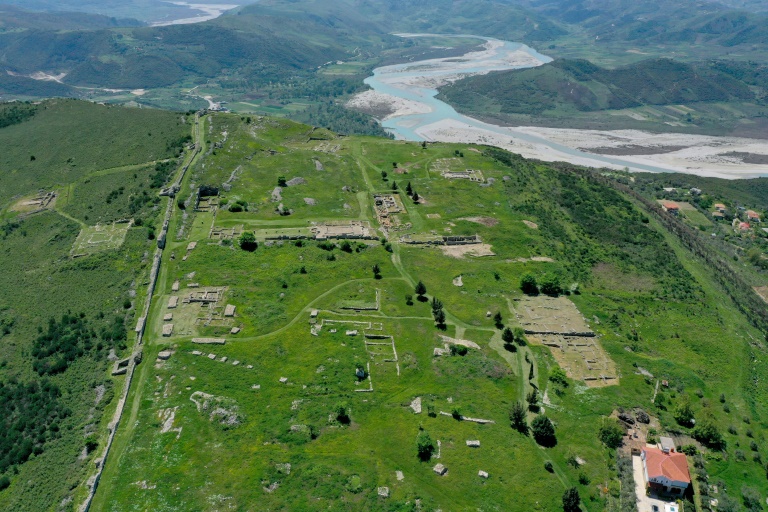 At its heart, the battle against the dam is about preserving and improving the day-to-day lives of villagers.

"Vjosa is vital for us, for our land, for our food, it is part of our life," says 60-year-old local Idajet Zotaj, worrying that a dam would destroy the livelihoods of thousands.

"I miss my children," says 86-year-old Mezin Zaim Zotaj, whose seven children have all left the region, four having emigrated.

"I am sure if Vjosa becomes a national park they will all come back to build their future here, at home," he adds as he patiently tends his gaggle of unruly sheep, just metres from the rumbling river.


I'm a 34 year old woman looking to meet men and women between the ages of 31 and 43.
View Profile