Donald Trump has got a lot of good news this week despite being only the third president ever to go to impeachment trial.

INTERNATIONAL NEWS - President Donald Trump was expecteded to deliver a triumphant State of the Union speech Tuesday, supercharging his re-election campaign against a divided Democratic party and ignoring an impeachment trial near certain to end in acquittal.

This could have been the darkest week of Trump's administration, with only the third presidential impeachment trial in US history poised to culminate Wednesday in a verdict.

Trump has for months fulminated against his impeachment, calling it a "witch hunt" and stonewalling investigators.

But with the Republican Senate majority ready to toss out the abuse of office and obstruction charges in less than 24 hours, the real estate tycoon and TV personality is buoyant.

From the podium in the grand debating chamber of the House of Representatives, he will deliver the annual State of the Union in a "very optimistic tone," a White House aide said.

Top billing will go to the strong economy and Trump's often polarizing war on illegal immigration, all placed under the theme of the "great American comeback" - a phrase echoing Trump's campaign slogan "Make American Great Again."

The "I" word will not even be pronounced, the White House says.

"I read the speech and the word 'impeachment's' not in it," spokesman Hogan Gidley told Fox News.

Trump himself told TV network anchors at an annual lunch hosted by the White House before the speech that he'd be "extraordinarily low-key" and wasn't feeling "bitter" at all, Politico reported.

Of course with a president who loves to ad-lib and hates to play by the rules, he may yet launch a few verbal bombs at lawmakers.

He already spent part of Tuesday mocking the Democrats' shambolic kick-off to their primary season, saying that delays in the vote count in Iowa proved their incompetence. 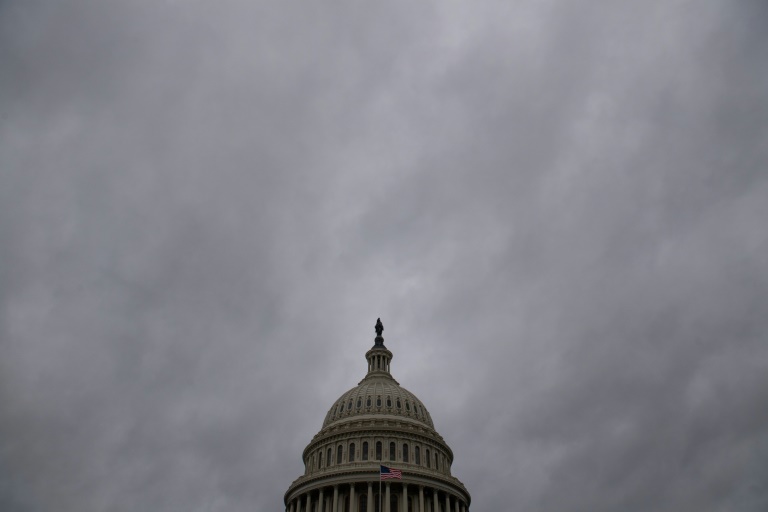 The State of the Union speech will take place on the eve of President Donald Trump's impeachment trial verdict.

And reflecting the bitter atmosphere in the country ahead of the November presidential elections, prominent young leftwing lawmakers Alexandria Ocasio-Cortez and Ayanna Pressley were among several Democrats declaring they'd boycott the State of the Union.

"I will not use my presence at a state ceremony to normalize Trump's lawless conduct & subversion of the Constitution," she tweeted.

The choices of guests to the big event tell their own stories as the election campaign picks up.

Trump invited a senior border patrol officer, a woman whose brother was murdered by an illegal immigrant in 2018, and former Caracas police chief Ivan Simonovis who spent years in jail under Venezuela's far-left government.

Democratic party leaders' guests will include some 80 doctors, patients and others symbolizing what they say is the Trump administration's failure to tackle health care problems.

The venue will be the House of Representatives, where just last December the Democratic majority impeached the president for abuse of power and obstructing Congress.

Sitting a few feet away will be House speaker Nancy Pelosi, whom Trump repeatedly insults in public, calling her "Nervous Nancy" and other nicknames. 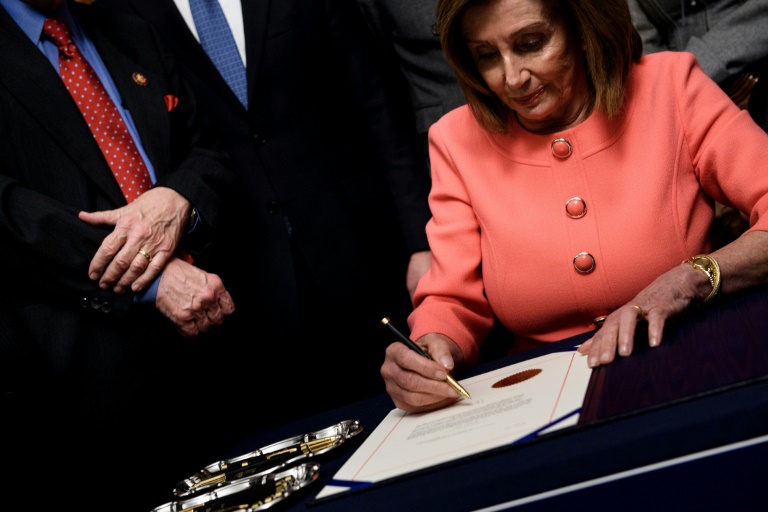 Speaker of the House Nancy Pelosi (D-CA) signs off on US President Donald Trump's impeachment.

A sea of hostile Democratic legislators will watch him from the seats, as will the Republicans who hold a majority in the Senate and are all but sure to declare him not guilty in the impeachment verdict vote on Wednesday.

The speech could in theory be an opportunity to heal a nation boiling over in mistrust.

Trump could express regret for what even several of his own Republican senators publicly say was wrongful behavior in pushing Ukraine to open a questionable corruption probe against one of his main Democratic presidential opponents, Joe Biden.

Or, as the White House is suggesting, he could seek to calm the waters by entirely avoiding the topic of impeachment, just as Bill Clinton did during his post-impeachment State of the Union in 1999.

No end in sight

Democrats in the House promise to keep going at Trump even after the impeachment trial, saying he still wants to use the power of his office to distort the November election.

"The plot goes on, the scheming persists and the danger will never recede," Adam Schiff, the lead impeachment manager, said Monday, challenging Republicans to "speak the awful truth."

But the main fight will shift to the campaign trail, where the Democrats are still trying to winnow down a confusing number of candidates vying to take on Trump in November.

Trump himself has barely stopped campaigning since the day he took office in 2017 and his team boasts strong funding and organization. 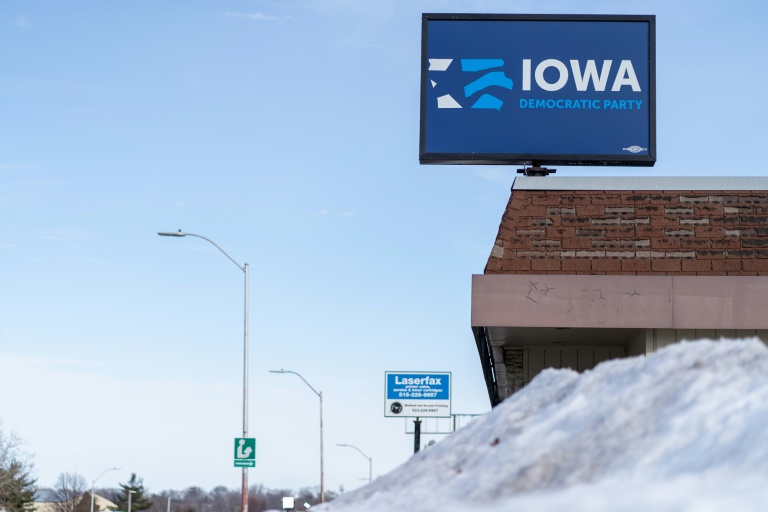 The Iowa Democratic party is struggling to exit a chaotic opening to the primary season.

The Democrats, by contrast, are deeply divided between a leftist wing embodied by Bernie Sanders and moderates like Biden.

The chaos in Iowa, where officials were only able to release partial results late Tuesday, prompted Trump and his allies to gloat and fuel conspiracy theories about Democratic officials trying to rig the contest.

Trump campaign manager Brad Parscale told The Washington Post: "It would be natural for people to doubt the fairness of the process."

Trump got yet more good news on Tuesday with a Gallup poll showing his approval rating at its highest ever: 49 percent.

Support was up both among Republicans and independents, though opposition among Democrats had deepened more than ever, the poll found.