"I think the Republicans are further away from trying to figure out who they are and what they stand for than I thought they would be at this point," he said.

Former US president Donald Trump, who remains the most influential figure within the Republican Party, saw his Facebook ban upheld by the social media giant's oversight board.

INTERNATIONAL NEWS - Social media has been his weapon of choice for battling Republican dissidents, but Donald Trump is seeking to tighten his iron grip on the party even after a ruling Wednesday extending his ban on Facebook.

Despite losing the presidency to Joe Biden last year and enduring a second impeachment after January's deadly insurrection at the US Capitol, the brash billionaire remains his party's most influential figure.

He made clear he knows it Wednesday, reiterating his false claims of election fraud and demanding a leadership shake-up which led his former rival Biden to declare that a "mini-revolution" was upending the Republican Party.

Trump blasted party leaders who have publicly reprimanded him, including top Senate Republican Mitch McConnell, or who voted to impeach him in January, most notably number three House Republican Liz Cheney who appears increasingly likely to face removal from her conference chairmanship.

"Liz Cheney is a warmongering fool who has no business in Republican Party leadership," Trump said in a fervid statement, adding that he backs leaders who believe in his "Make America Great Again" movement.

New York Republican congresswoman "Elise Stefanik is a far superior choice, and she has my COMPLETE and TOTAL endorsement for GOP conference chair," he said.

Stefanik, a 36-year-old onetime moderate who went all-in for Trump during his presidency, voted against certifying the election results for Biden in multiple swing states.

Trump's endorsement comes amid rising party tensions over Cheney, the most senior Republican woman in Congress, who has refused to tamp down her public denunciations of Trump.

And it all but assures that a conference-wide vote on whether to keep Cheney in the post will occur soon after lawmakers return to Washington next week.

Cheney, a third-term congresswoman from Wyoming, punched back at Trump in a new op-ed.

Her party was "at a turning point," she wrote in The Washington Post, calling on fellow Republicans to "steer away from the dangerous and anti-democratic Trump cult of personality."

"History is watching," she added.

The internal tug-of-war caught the attention of Biden, who told reporters Wednesday he was surprised at the Republican revolt. 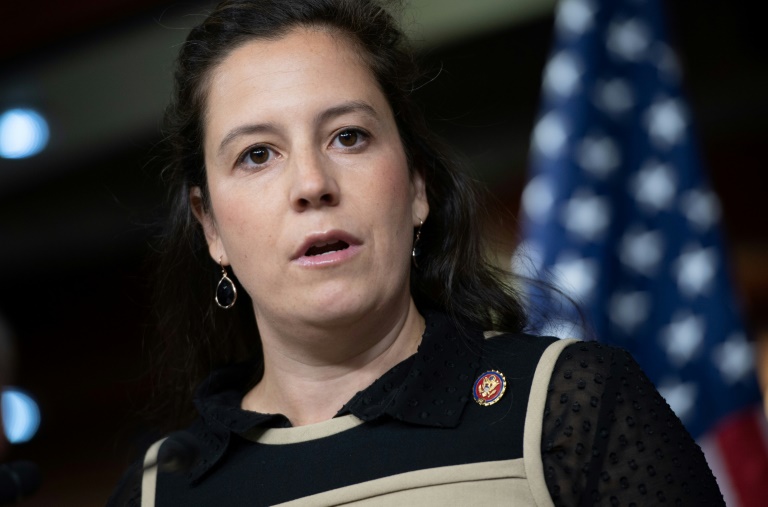 "I think the Republicans are further away from trying to figure out who they are and what they stand for than I thought they would be at this point," he said.

Minutes after Facebook's independent oversight board upheld a ban on Trump - although it ordered the social media giant to further review the case - he blasted the restriction as a "total disgrace" and warned against limiting a president's free speech rights.

He also repeated his audacious lie that Biden and other Democrats stole the election.

Cheney "continues to unknowingly and foolishly say that there was no election fraud in the 2020 presidential election when in fact, the evidence... shows the exact opposite," Trump seethed.

"Had gutless and clueless MINORITY Leader Mitch McConnell... fought to expose all of the corruption that was presented at the time, with more found since, we would have had a far different presidential result, and our country would not be turning into a socialist nightmare."

The former president added a rallying cry to his supporters: "Never give up!" 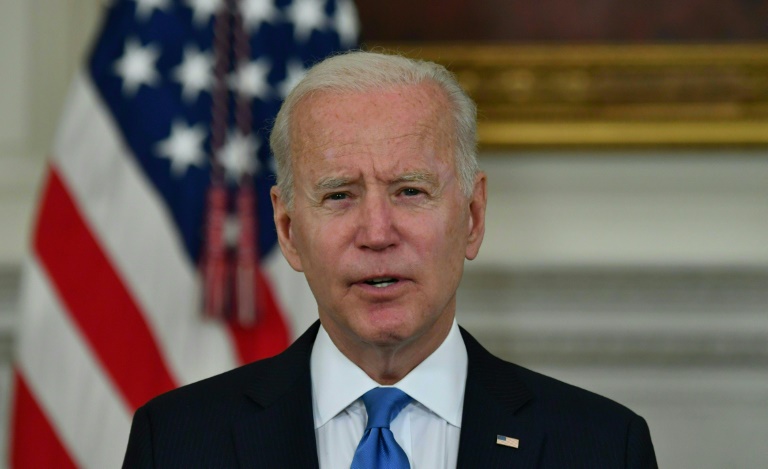 US President Joe Biden said a "mini-revolution" was upending the Republican Party as it grapples with wether or not to embrace former president Donald Trump or forge a new path.

With Trump considering another White House run, he launched a new page on his website where he pledges to present information to voters "straight from the desk of Donald J Trump."

But he no doubt misses the social media megaphone that allowed him to dominate news cycles and impulsively blast his message to more than 100 million followers.

"To be clear, if you are Trump and you want to have influence in 2022 and 2024 - and possibly run for office in 2024 - it is better to be on social media than not," Professor Joshua Tucker, co-director of New York University's Center for Social Media and Politics, told AFP.

Trump's attacks Wednesday appeared aimed at clipping the wings of high-profile Republicans who have not embraced his false voter fraud narrative.

Cheney, 54, is one of few congressional Republicans who openly declare Trump lost fair and square in November. 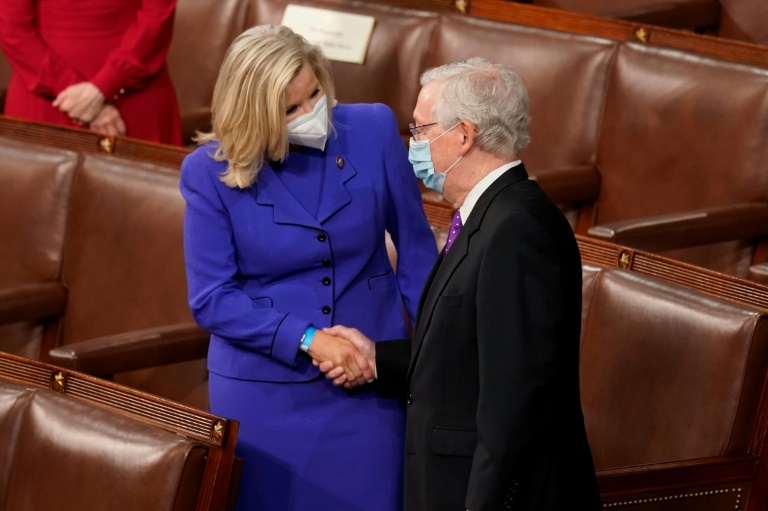 US House Republican Liz Cheney and Senate Minority Leader Mitch McConnell have been criticized by former president Donald Trump for publicly stating that the 2020 presidential election was fair and not marred by voter fraud, as Trump contends.

She repeated the assertion Monday, tweeting that anyone who claims the 2020 election was stolen "is spreading THE BIG LIE (and) poisoning our democratic system."

While Cheney easily won a secret ballot vote by Republicans in February, the Trump-backed challenge to her leadership role may well end with her ouster.

Top House Republican Kevin McCarthy backed Cheney in February but was recently caught on a hot mic saying he has "lost confidence" in her.