Xu Xuebing, who imports US wood products into China, has seen his bottom line was ravaged by duties of 20 percent that China slapped on the rough-cut woods.

Then the China-US trade war started.

Since Beijing began to impose retaliatory tariffs on US goods last year, Xu has halted imports, his profits have plummeted, and he may soon need to raise his prices just to survive - which could kill off sales for good.

Xu, who is 42 and owns Shanghai-based company Sam Wood, doesn't mince words over who's to blame.

"Trump is so bossy and irrational, it forces us to fight back," he said.

"Even though (China's tariffs) do harm to our economy, we strongly support Uncle Xi and China's tough stance in the trade negotiations," he added, using the government-encouraged term of endearment for President Xi Jinping.

The world's two largest economies have levied tit-for-tat tariffs on hundreds of billions of dollars worth of each other's imports since President Donald Trump launched the trade battle last year, seeking to pressure Beijing to change trade policies he calls unfair. 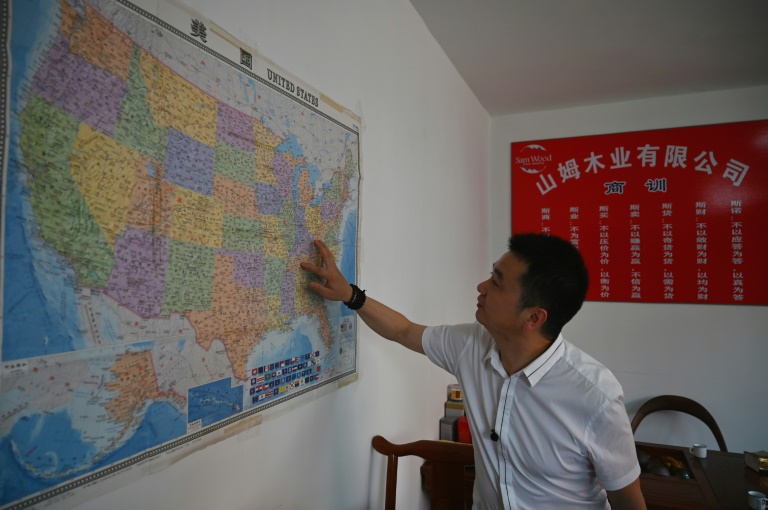 Two years ago Xu Xuebing, founder of Sam Wood, began to import black walnut wood from the US states of Wisconsin, Missouri and Iowa.

But the impact on small- to medium-sized Chinese businesses caught in the crossfire typically gets little attention, partly because China's Communist government suppresses bad news.

Xu, who also exports clothing to Russia and meat to Mongolia, began in March 2017 to import black walnut wood from the US states of Wisconsin, Missouri and Iowa.

But after the tariff slugfest broke out last year, Xu's bottom line was ravaged by duties of 20 percent that China slapped on the rough-cut woods that he had originally imported.

So he switched to semi-finished woods, which had been hit by tariffs of only five-percent.

The trade turmoil has also driven China's currency down, making Xu's imports even more expensive. Overall, his import costs are up 20 percent so far this year. 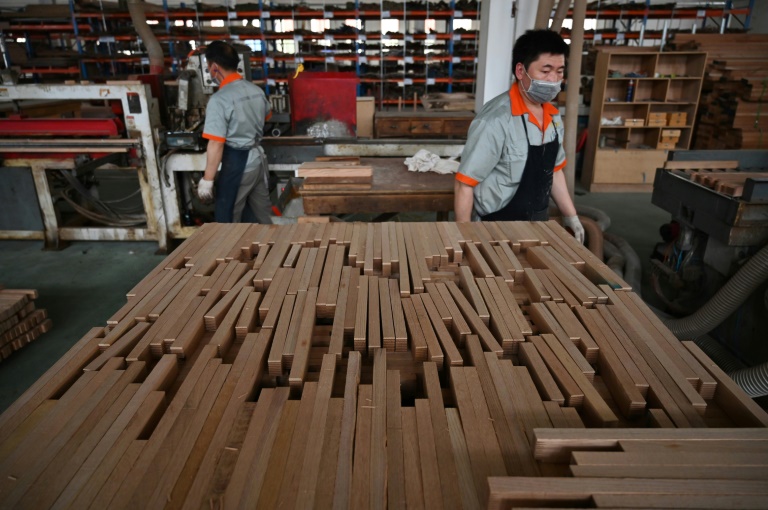 Companies that import wood from the US to China know who they blame for the steep tarrif increases that could cripple their businesses: American President Donald Trump.

"The trade war has had a huge and direct impact on our business."

Pre-tariffs, Sam Wood would do five to six million yuan of monthly business volume. But it earned only around four million yuan combined for the first three months of 2019.

He has so far refrained from passing the higher costs on to his own clients - like Hanning Group, a company in neighbouring Jiangsu province near Shanghai that produces furniture from US, African and Southeast Asian wood.

If tariffs rise further, "it will put a lot of pressure on costs in the whole market", said Wu Bian, Hanning's chairman.

"We shouldn't let ourselves be controlled by feelings but should calmly think 'it's here, how do we deal with it?'" 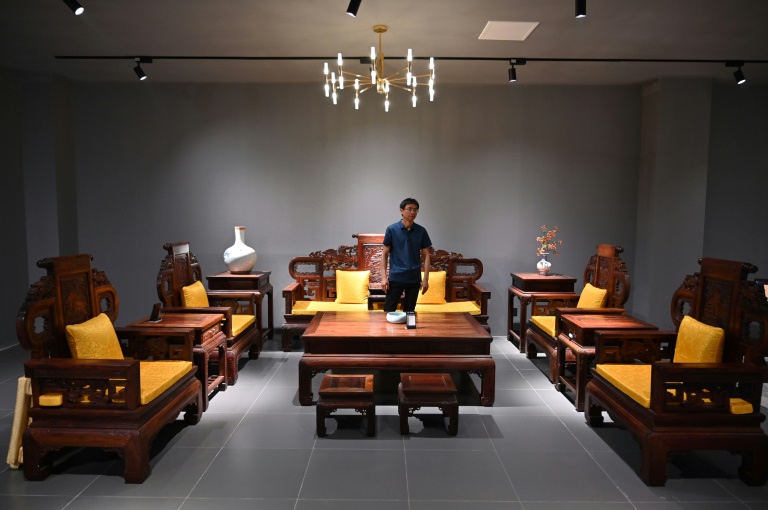 The US-China trade war has forced many businesses making furniture from American wood to raise their prices to survive -- which could scare off customers.

"We have to confront it and take steps towards making ourselves stronger."

Xu says some of his fellow wood importers have gone bust, and he may soon need to hike his prices. His US suppliers are also complaining to him of the pain, and Xu predicts some will go out of business this year.

The disruption of trade flows is pushing many Chinese importers to seek other sources for their goods, but Xu has struggled to find suitable alternatives.

"There are no good solutions and we are awaiting new signals in the trade war," he said.

"For the sake of national justice and patriotism, we must confront the tough with toughness."


I'm a 46 year old woman looking to meet men and women between the ages of 25 and 63.
View Profile