The plight of the stranded families has prompted other European countries to offer to take in hundreds of asylum seekers, particularly unaccompanied youngsters.

"As thousands are now left sleeping rough in the hills around Moria or on the streets, tensions between local residents, asylum seekers, and police are increasing," Human Rights Watch said in a statement on Saturday.

The camp of Moria, which housed over 12,000 people in dismal sanitary conditions, burned down in successive fires on Tuesday and Wednesday. 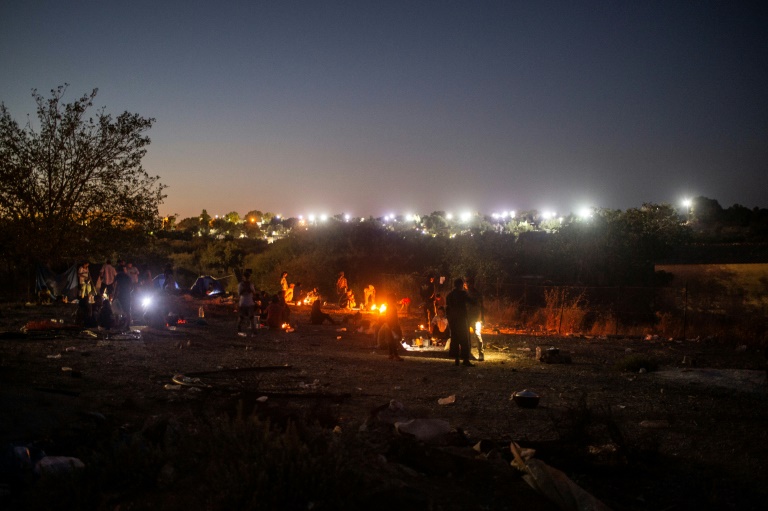 Rights groups warned that efforts to find temporary shelter for over 11,000 people  were still inadequate.

Officials have blamed migrants for the fires, the first breaking out shortly after 35 people tested positive for coronavirus and were facing isolation measures.

"We are sleeping in the dirt or on the road under the open sky," a group of asylum seekers from the former camp said on Facebook, noting that some people had even found shelter under the trees of the local Greek cemetery.

"We have nothing to cover ourselves with, or even a jacket to put on to protect us from the night cold, and from the wind."

"We are fearful that since the 35 positive cases have still not been located, any people could carry and spread Covid-19 since these people are still among us," the Moria Corona Awareness Team said. 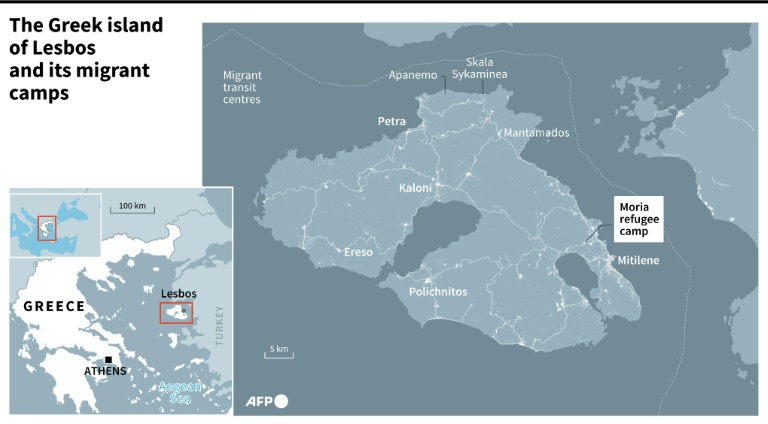 The Greek island of Lesbos and its migrant camps.

On Friday, army and fire service helicopters were used to bypass roadblocks set up with the encouragement of local authorities to prevent a new temporary camp from being set up near the ruins of Moria.

The local mayor has rejected the temporary camp initiative as "unrealistic".

"Any thought to rebuild this sort of thing should be forgotten," Mytilene Mayor Stratis Kytelis told Antenna TV on Friday. 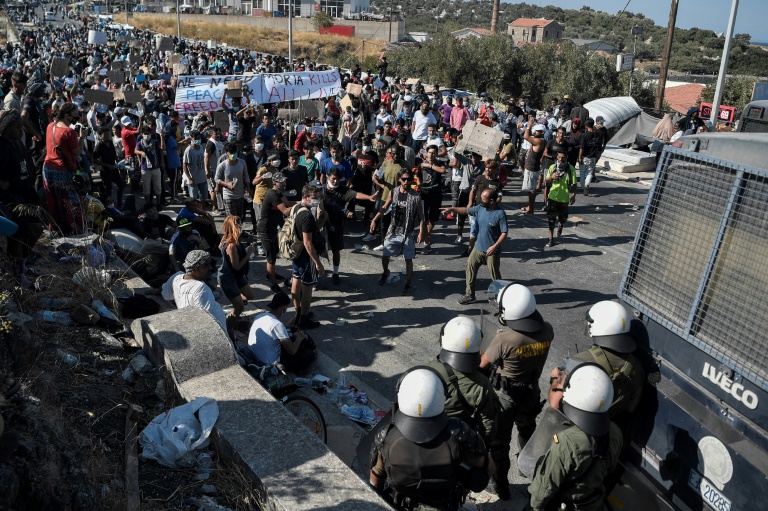 Rights groups have warned that tensions between local residents, asylum seekers, and police are increasing.

The plight of the stranded families has prompted other European countries to offer to take in hundreds of asylum seekers, particularly unaccompanied youngsters.

Greece has long complained that, aside from providing funds, its EU partners have done too little to help.

"The fires highlight the failure of the European Union's 'hotspot approach' on (Greek) islands, which has led to the containment of thousands of people... with the aim of returning them to Turkey, from which they transited," HRW said.

"Some EU members have voiced agreement to relocate limited numbers of asylum seekers from Lesbos, but the EU response is hardly adequate or united".