Voters must decide whether they approve a Covid-19 law that extends government powers to fight the pandemic and mitigate its consequences on society and the economy.

Two anti-pesticide proposals have triggered the most noise and fury ahead of Sunday's vote in Switzerland on a series of issues.

The Swiss are also voting on a series of hot topics, including anti-terror measures and Covid-19 laws.

Polling stations close at 1000 GMT, with most people having voted by post. Results will be known before the end of the day.

Voters must decide whether they approve a Covid-19 law that extends government powers to fight the pandemic and mitigate its consequences on society and the economy.

But the two anti-pesticide proposals have triggered the most noise, in an electoral campaign marked by fiery debates between farmers.

The campaign boiled over in the western Vaud region when arsonists torched a trailer in a field displaying banners calling for a "No" vote, infuriating farmers.

Meanwhile farmers in the "Yes" campaign say they have been the victims of insults, threats and intimidation.

The first popular initiative, entitled "For a Switzerland free from synthetic pesticides", calls for a domestic ban within 10 years, while imported foodstuffs produced using such pesticides would also be outlawed.

Under the second, "For clean drinking water and healthy food", only farms that do not use pesticides and use antibiotics only to treat sick animals would be eligible for government subsidies.

The amount of liquid manure being used on fields, and thereby potentially entering the water system, would also be limited.

Environmentalists and the political left back both initiatives.

The Swiss government wants a double "No" vote, arguing the proposals would undermine national food sovereignty.

Switzerland is also home to Syngenta, one of the largest manufacturers of plant protection products, which was bought by the Chinese giant ChemChina in 2017.

Though urban voters are largely in favour, and rural voters seem set to vote "No", polls indicate that both proposals are likely to be rejected.

Any idea from the public can be put to a national vote as long as it gathers 100,000 signatures from the 8.6 million population.

Meanwhile, 50,000 signatures are needed to trigger a referendum on new laws agreed by parliament. 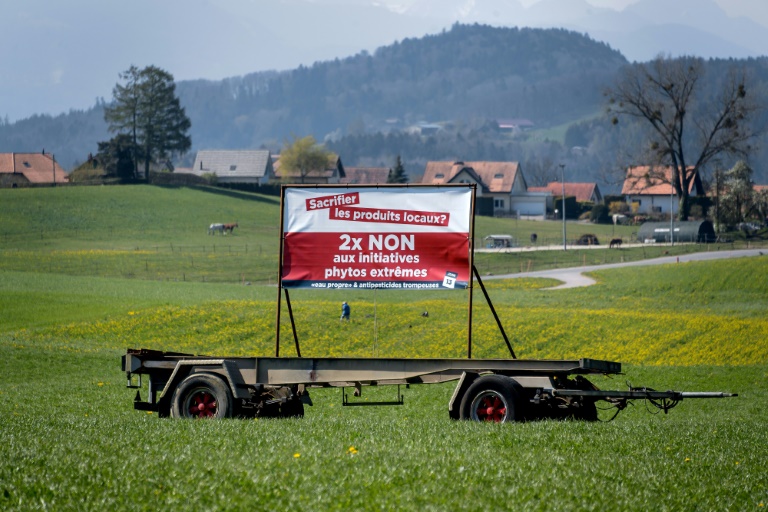 Environmental protection is also at stake in a referendum on new carbon dioxide laws.

The law would use tax policy to cut greenhouse gas emissions by 50 percent of 1990 levels by 2030 - including financial incentives to install charging points for electric vehicles and to market vehicles that consume less fuel.

It would also increase the tax on fuel oil and natural gas, as well as introduce a tax on outbound flight tickets.

Opponents say the measures will be expensive and mainly affect people on low and middle incomes.

Polls suggest the outcome hangs in the balance.

A clear majority, however, is expected to back extending police powers to combat terrorism, despite warnings from the United Nations and Amnesty International.

The law allows the police to take preventative action more easily when faced with a "potential terrorist".

If police believe that someone over the age of 12 is contemplating violent actions, the law allows them to conduct greater surveillance, limit their movements and oblige them to face questioning. 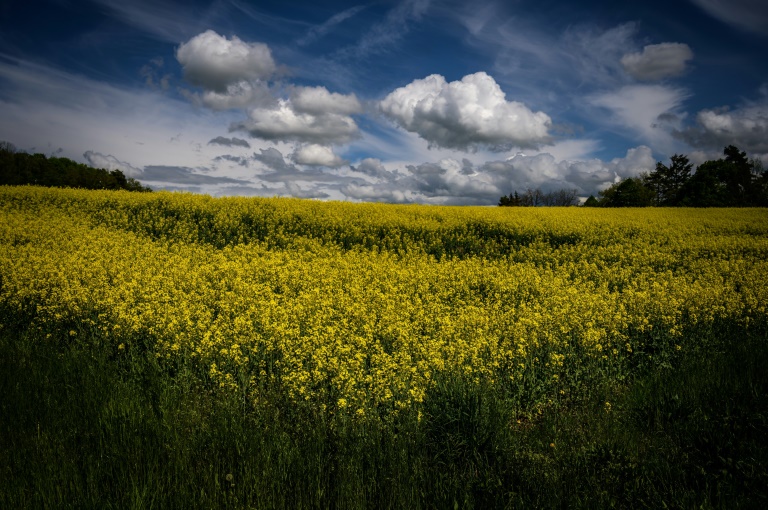 The Swiss government wants a double "No" vote, arguing the anti-pesticide proposals would undermine the country's food sovereignty.

And with a court order, they can also place anyone over the age of 15 under house arrest for up to nine months.

The country has so far been spared the large-scale attacks seen in European neighbours, but the authorities nonetheless insist the threat level is high.

The referendum on Covid-19 laws seems set to pass comfortably.

Any emergency measures introduced by the government - as with its moves to combat the pandemic - are time-limited and therefore need firming up if they are to continue.

The laws also regulate financial aid granted to individuals and businesses, including compensation for loss of income, and support for cultural organisations.