Kashmiri doctors and patients rely heavily on the internet to consult specialists outside the region, communicate with patients and order vital medicine.

INTERNATIONAL NEWS - Sanaullah Dar was due to undergo surgery to remove a tumour in his bladder. Four months later, he was dead, with doctors blaming a lockdown imposed by New Delhi on the restive part of Kashmir it controls.

In August, India's Hindu-nationalist government stripped the Himalayan region of its semi-autonomous status and imposed restrictions on movement and a communications blackout, virtually cutting it off from the outside world.

Life for Kashmir's seven-million inhabitants came to a standstill, including for doctors and patients who rely heavily on the internet to consult specialists outside the region, communicate with patients and order vital medicine.

"To get appropriate healthcare for patients like my father is difficult anyway," Dar's 20-year-old daughter, Sumaya, told AFP.

The lockdown and blackout "made it impossible" for the family to schedule the surgery Dar urgently needed in Mumbai, 2,000 kilometres (1,300 miles) away.

By the time the family was able to get him to a hospital in Delhi in late October, it was too late. Dar passed away a week after he returned home.

Omar, an oncologist who treated Dar in Kashmir and who only wanted to give his first name, told AFP the surgery "probably would have been able to save" Dar if it had gone ahead as scheduled.

Dar was not his only patient to die due to the lack of timely specialist treatment, he said, adding he had heard of other deaths from other doctors' patients.

India is the world leader in cutting internet services, activists say, and access was also temporarily suspended in other parts of the country during recent protests against a new citizenship law.

New Delhi said the Kashmir blackout was necessary to restrict communications by militants who it alleges are supported by arch-rival Pakistan, which has fought two wars with India over the territory.

Mobile phone coverage has slowly been restored in Kashmir, and restrictions on movement relaxed. 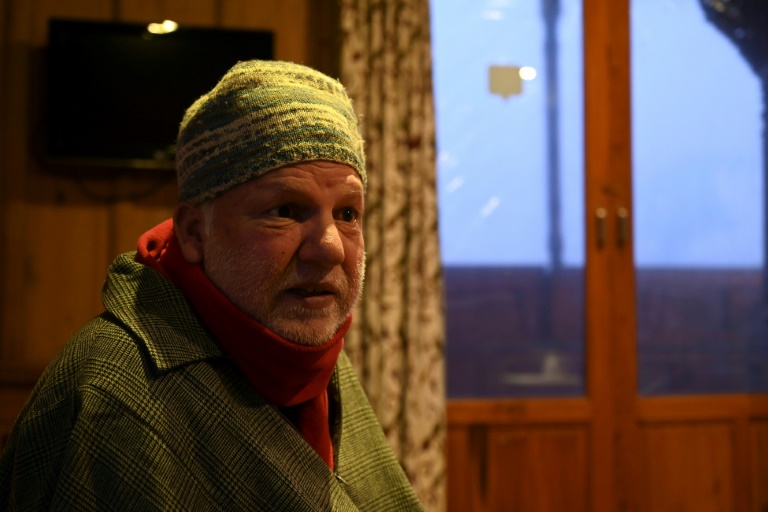 Abdul Rahim Langoo, a houseboat owner and tourism operator who has a rare type of cancer, feared he would die as he could not contact drug suppliers in India's capital New Delhi when phone lines were cut.

Internet access was partially restored in late January, but users can only access government-approved websites that include international news publications and platforms such as Netflix and Amazon.

Mobile phone data, however, is still limited to slower second-generation (2G) connections - of little use for doctors trying to conduct remote consultations.

Omar is a member of a WhatsApp group of international cardio specialists that had detected 1,600 cardiac events among patients in Kashmir in the 18 months up to last August by sharing and analysing more than 50,000 urgent electrocardiograms.

"I am not able to access anything which is of importance," he said. "The key provision of healthcare these days is being up to date."

At hospitals and universities, broadband can only be used by administrative staff, leaving doctors unable to access crucial research findings and remedies shared online.

Chronic or acute patients who need life-saving medications have also suffered, with courier services not delivering supplies from other parts of India to Kashmir.

Abdul Rahim Langoo, a houseboat owner and tourism operator who has a rare type of cancer, feared he would die as he could not contact drug suppliers in India's capital New Delhi when phone lines were cut. 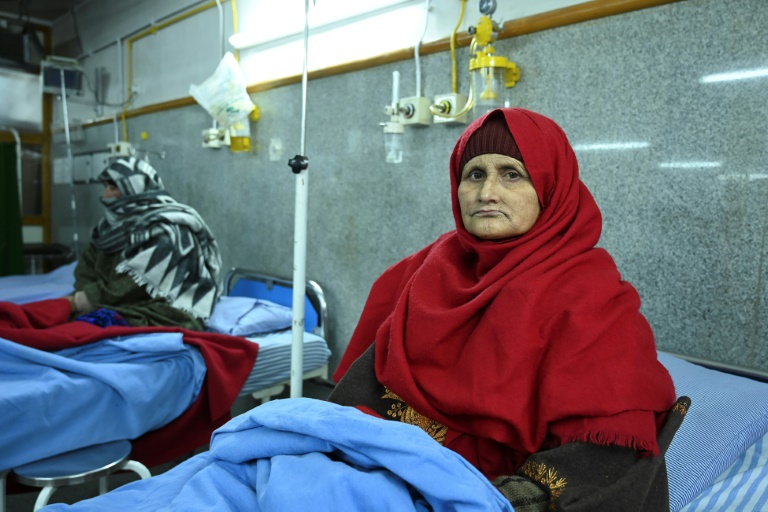 At hospitals and universities, broadband can only be used by administrative staff, leaving doctors unable to access crucial research findings and remedies shared online.

Even after the lines were restored, the 57-year-old faced difficulties sending his doctor's prescription, which was required for the order, over the internet.

The clampdown hit tourist operators like Langoo badly, with just a handful of travellers - local and foreign - visiting the picturesque valley since August.

That meant Langoo and other patients AFP spoke to can't afford the flight to Delhi, about 810 kilometres from Srinagar, to purchase medications directly if they can't order them remotely.

Some can't even afford to buy the expensive drugs their lives depend on. 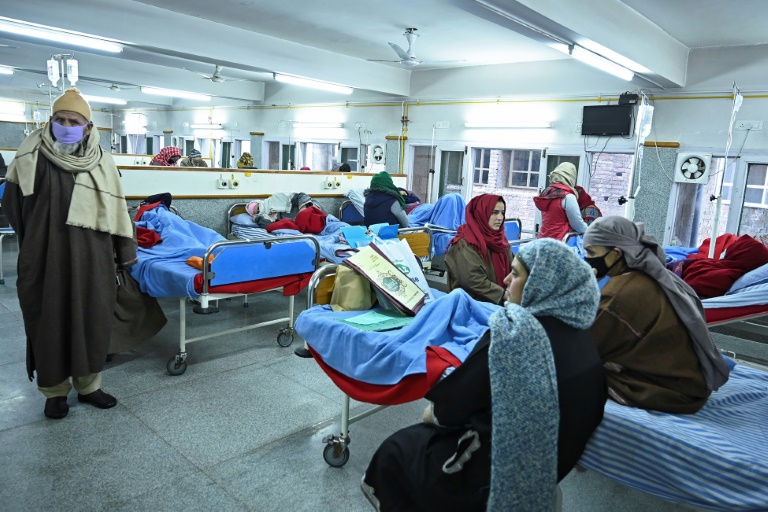 Cancer patients rest inside a hospital ward in Srinagar.

"I am struggling to buy this drug every month," Langoo told AFP as he sat in his exquisitely decorated but empty houseboat on the banks on a Srinagar lake.

"And the nature of my business is tourism and from August till now there is no tourism, we have no income."

Sumaya Dar said her family was devastated by her father's death.

"You don't understand how crucial phones and the internet are until something like this happens to you," she said.

"I feel like I too died... Life existed for us only up to the time my father was alive."