But as crowds were building in the plaza on Sunday, police Commissioner Kobi Shabtai ordered the barricades be removed.

INTERNATIONAL NEWS - Israeli police on Sunday allowed Palestinians to gather in a flashpoint plaza outside Jerusalem's walled Old City, in a move apparently aimed at easing tensions after days of clashes.

The staired plaza outside Damascus Gate in Israeli-annexed east Jerusalem is a traditional gathering spot for Palestinians during the Muslim holy month of Ramadan.

Jerusalem, a perennial powder-keg of religious tension, has seen some of its worst violence in years over recent days, triggered in part by an Israeli decision to block Palestinians from gathering on the Damascus Gate steps following prayers.

But as crowds were building in the plaza on Sunday, police Commissioner Kobi Shabtai ordered the barricades be removed.

The decision came "following consultations with local leadership, religious leadership, situation assessments, while taking into consideration the shop owners who need to make a living, and in order to lower the level of violence," a spokesman told AFP. 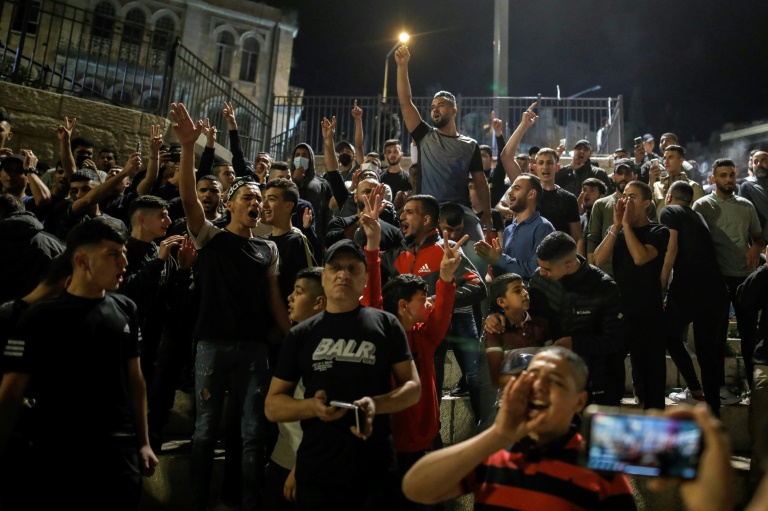 The staired plaza outside Damascus Gate in Israeli-annexed east Jerusalem is a traditional gathering spot for Palestinians during Ramadan,

"Our forces are still deployed on the ground, and we won't let violence resurge," the spokesman said.

Hundreds of Palestinians, including male youths who tossed the barricades to the side, held celebratory rallies in the plaza, watched over by police.

Minor scuffles erupted after some of the revellers began waving Palestinian flags, moves which prompted police to storm the plaza. 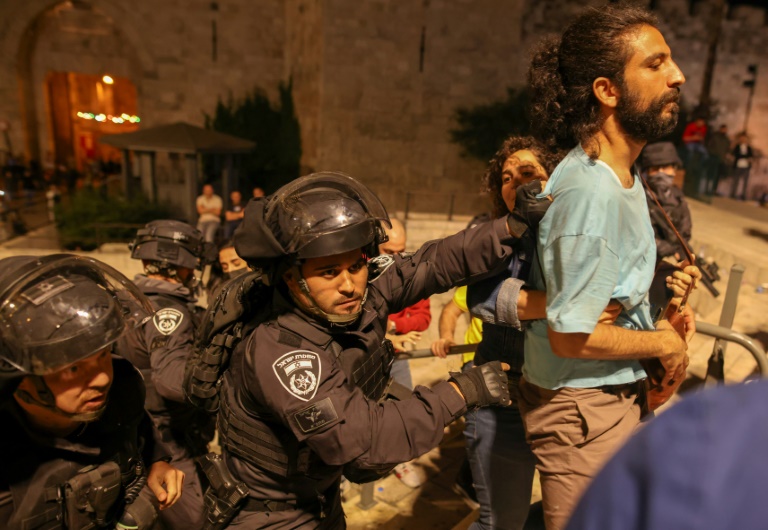 Several young Palestinians being detained by police after scuffles broke out,

But the plaza remained open, with police maintaining a heavy presence in the area into the early hours Monday.

Samir Gheith, a 66-year-old Palestinian from Jerusalem, said people had been looking forward to gathering at Damascus Gate during Ramadan after it was closed last year due to coronavirus restrictions.

"I think they don't want to see us be happy," he told AFP, referring to the initial decision to barricade the plaza.

"But then they came to understand that they needed to put a stop to all these tensions," he said.

There have been nightly disturbances since the start of Ramadan on April 13.

A series of videos posted online have shown young Arabs attacking ultra-Orthodox Jews, and Jewish extremists taking to the streets to bully Arabs.

Tensions rose on Thursday when far-right Israeli demonstrators, enraged by a wave of Palestinian attacks on Jews in Jerusalem, marched to the Old City with chants of "death to Arabs".

More than 100 Palestinians were wounded in clashes with police and dozens were arrested. 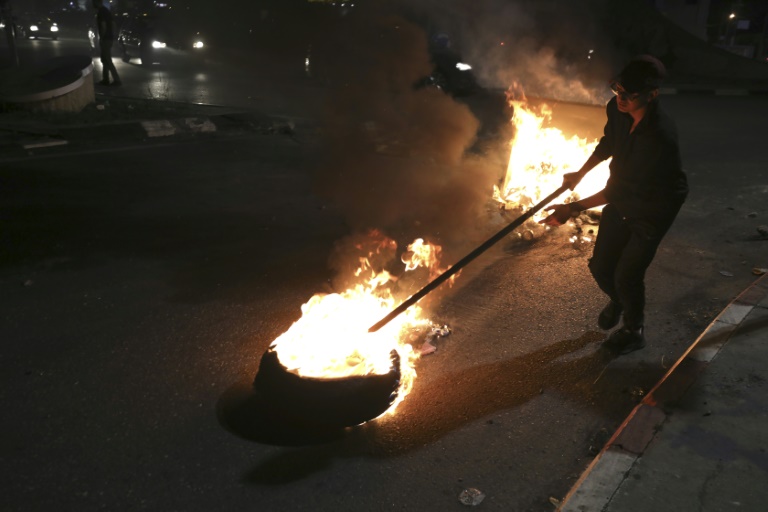 Jerusalem has seen some of its worst violence in years over recent days,

The violence was the worst in years between Israeli police and Palestinians in the disputed Holy City, with Palestinians throwing stones and bottles at officers, who responded with stun grenades and water cannon.

Palestinians had also targeted Jewish passers-by and motorists in and around east Jerusalem during the night riots, beating them and stoning their cars, with many of the attacks being posted on social media.

Jewish extremists in return took to the streets to bully Arabs, with police arresting dozens involved in the attacks.

Overnight Friday into Saturday, Palestinian militants in Gaza fired dozens of rockets at southern Israel, with the military wing of Hamas, the Islamist rulers of the Palestinian enclave, voicing support for the east Jerusalem protesters.

In the early hours of Monday, the Israeli army said at least four rockets had been fired from Gaza towards Israel, of which two were intercepted by Israel's Iron Dome air defence system.

Two of them exploded inside the Gaza Strip, the army said.