It is a battle Hammad and his neighbours have been waging since the 1970s, but he says lawsuits against them have recently gained pace.

Israeli security forces watch as protesters near an Israeli police checkpoint at the entrance of the Sheikh Jarrah neighbourhood in east Jerusalem on May 29, 2021.

INTERNATIONAL NEWS - Aref Hammad's neighbourhood of Sheikh Jarrah in Israeli-annexed east Jerusalem shot to recent world attention, but he fears without continued international pressure he will still be expelled from his home.

"I'm scared that they'll throw us out into the street - that they'll kick out the whole neighbourhood," said 70-year-old Hammad, who moved to the district as a child.

Hammad is among at least seven Palestinian families waiting for a legal ruling on whether they must surrender their homes there to Jewish settlers.

It is a battle Hammad and his neighbours have been waging since the 1970s, but he says lawsuits against them have recently gained pace.

"The situation is really bad," Hammad said, inside the home he shares with 17 relatives, just across the street from a house taken by force from a Palestinian family, now draped with Israeli flags. 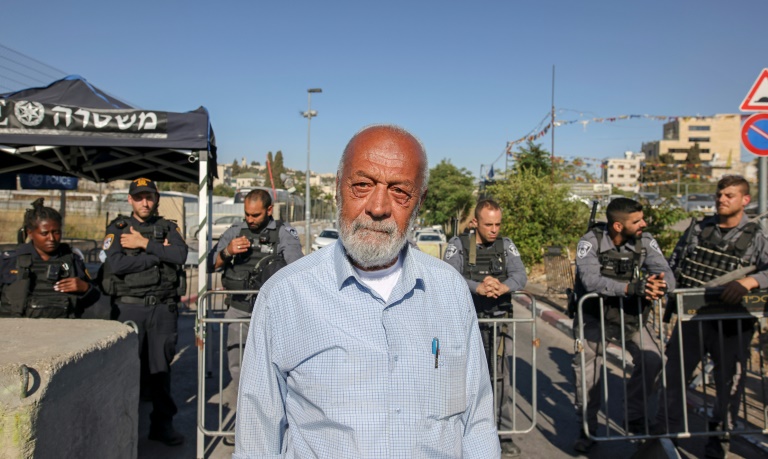 Palestinian Mohammad al-Sabbagh is among the families facing eviction orders in the east Jerusalem neighbourhood of Sheikh Jarrah.

On Monday, Israel's attorney general refused to intervene in their case, meaning their last recourse is the supreme court.

That triggered an 11-day war between the Jewish state and Palestinian militants in the Gaza Strip, which ended in a ceasefire.

But residents and activists say they face a bleak future if international pressure fades.

"We're urging foreign governments to try to pressure the Israeli government," Hammad said. "There is no justice in their courts."

Like many others, Hammad moved to Sheikh Jarrah after his family fled his home in Haifa in the 1948 war that led to the creation of Israel. 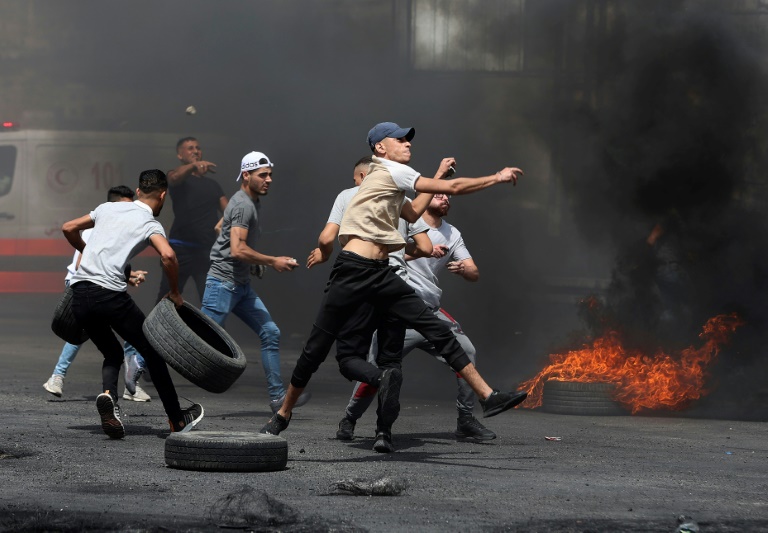 Anger at planned expulsions in Sheikh Jarrah sparked anger elsehwere; here Palestinian protesters hurl rocks amid confrontations with Israeli security forces at the Hawara checkpoint south of Nablus city, in the occupied West Bank, on May 21.

In 1956, when east Jerusalem was under Jordanian control, Jordan leased plots of land to 28 families in Sheikh Jarrah, and the UN agency for Palestinian refugees built homes for them.

Amman promised to register them in their name.

But in 1967, Israel occupied east Jerusalem, then annexed it in a move never recognised by the international community.

In 1970, the state enacted a law under which Jews could reclaim land in east Jerusalem they lost in 1948, even if Palestinians by then already lived on it.

No such option exists for Palestinians who lost homes or land.

"What kind of law kicks people, a family, families out of their home after 65 years?" he asked. 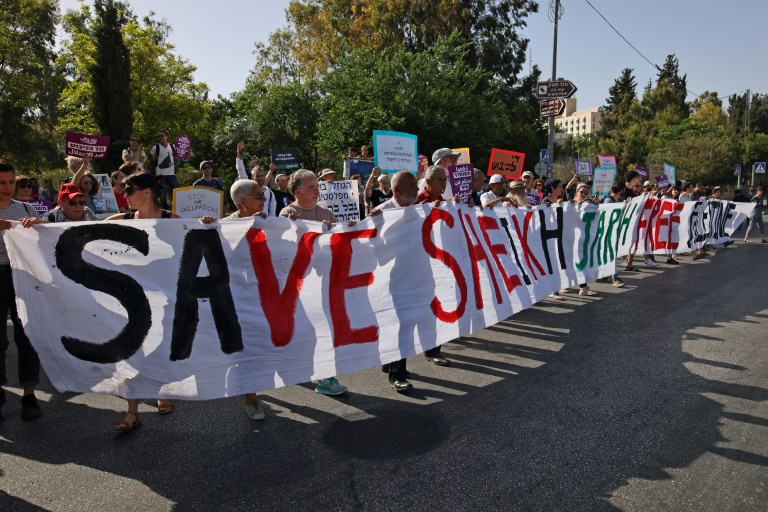 Israeli activists have also protested against  the expulsion of Palestinians from their homes to make way for Jewish settlers in Sheikh Jarrah, here seen in this May 28 photograph.

"There are two laws," said Sabbagh, the representative of 32 family members in Sheikh Jarrah, whose forefathers once owned homes and an orange grove around Jaffa.

"One law for them that allows them to get back their property, and one for us - that says it is forbidden to demand ours. It's racism."

Behind the recent lawsuits is settler organisation Nahalat Shimon, which claims Jews held land in Sheikh Jarrah in the 19th century under Ottoman rule.

But lawyer Husni Abu Hussein, who has been representing the families since 1994, said he travelled to Turkey to consult Ottoman archives - and found no trace.

He said the Turkish foreign ministry gave him a letter ascertaining "the settlers have no right, that the documents they have are forged."

"As long as there is no decision on who the owner is, residents cannot be evicted," he said. 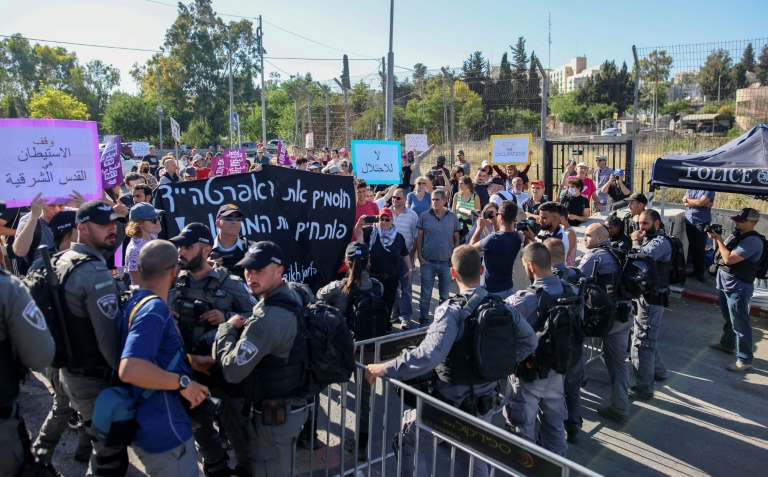 Palestinian, Israeli, and foreign activists hold up signs reading "no to the occupation", and "stop apartheid", as they approach Israeli guards during a demonstration in Sheikh Jarrah on June 4.

The Israeli government has dismissed the Sheikh Jarrah case as a "real-estate dispute between private parties".

But rights groups say the forced evictions are part of a broader move to drive Palestinians from their homes, in a city coveted by both sides as their capital.

Since 1967, Israeli authorities have expropriated nearly one third of the land in east Jerusalem from Palestinians, largely for settlements, it said.

In Sheikh Jarrah and the nearby neighbourhood of Silwan, more than 100 Palestinian families are facing lawsuits at different stages, she said.

"Over 1,000 Palestinians are at risk of mass displacement from these two areas alone," she said.

Ateret Cohanim, another settler organisation behind forced eviction lawsuits in Silwan, says it aims to establish "sovereignty over the whole city" of Jerusalem.

Cohen, of Ir Amim, said the only successful strategy so far to stem ever-growing settlements had been diplomatic pressure.

"International intervention is really the only solution," she said.