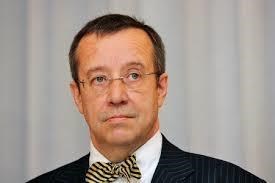 Ahead of a high-stakes NATO summit that begins Thursday, Obama will also make a symbolic show of solidarity with Eastern Europe during meetings with Baltic leaders in Estonia. He arrived in the Estonian capital of Tallinn on Wednesday morning.

Russia's months-long conflict with Ukraine comes at a time when members of the NATO defense alliance have been cutting military spending and reassessing the organization's role after years of peace in Europe. While Ukraine is not part of NATO, alliance members in Eastern and Central Europe fear they could be Russia's next targets, prompting the 28-nation bloc to seek a more robust response.

"The current situation shows that the principle of collective territorial defense hasn't gone away - on the contrary," Estonian President Toomas Hendrik Ilves said Sunday, marking the 20th anniversary of the exit of the last Russian troops from Estonian territory.

Ukrainian officials say their country's armed forces are now locked in a conflict with not only Moscow-backed separatists, but also the Russian army. Officials said Tuesday that Russian military forces had been spotted in two major rebel-held cities in eastern Ukraine, though that could not be independently verified.

Russian President Vladimir Putin has denied that his forces are invading Ukraine. A Kremlin aide sharply criticized EU Commission President Jose Manuel Barroso on Tuesday, accusing him of breaching confidentiality when he quoted Putin as saying that Moscow could take over Kiev in two weeks if it wished.

For Obama, Russia's provocations in Ukraine and his response to them have prompted criticism that he has been unable to stop the crisis through his preferred method of steadily escalating economic sanctions. The president has warned Putin that the U.S. and Europe could impose more financial penalties, but he remains steadfastly opposed to intervening militarily.

Still, the U.S. will contribute to the rapid response force that NATO will agree to this week. While the specifics of the operation are to be decided when leaders meet in Wales on Thursday for a two-day summit, U.S. and European officials say it will involve training and deployments in the Baltics, Poland, Romania and other Eastern European nations.

The scope of the American contributions will be particularly important to Baltic nations and others in Eastern Europe.

"If there's anything that the Baltics do trust within NATO, it's a U.S. commitment," said Kathleen Hicks, a former Pentagon official who now chairs the international security program at the Center for Strategic and International Studies. "So they will be pushing hard that that NATO contingent will have a heavy U.S. signal in it."

The U.S. has long provided troops for a NATO response force. Beginning Oct. 1, about 600 troops from the 1st Brigade, 1st Cavalry Division, based at Fort Hood, Texas, will be part of that effort.

However, the current rapid response force structure is seen as having little capability to deploy in meaningful numbers. The goal of the new effort will be to station forces that can deploy within 48 hours.

Obama will also use the NATO summit to urge allies to meet their commitments to devote at least 2 percent of GDP to military spending. Only four NATO nations currently meet that benchmark: the U.S., Britain, Greece and Estonia.

Obama will confront some rifts within the alliance when it comes to dealing with Russia. Despite tough talk about Moscow's behavior, France is proceeding with plans to send Russia warships, a move the U.S. and Britain have denounced.

Other nations are also concerned that the new rapid response force could violate a 1997 agreement with Moscow in which NATO pledged not to permanently station substantial numbers of soldiers in Eastern Europe. Officials say NATO is expected to get around that agreement by referring to its new military commitments as "persistent" rather than "permanent."

With his daytrip to Estonia, Obama becomes the second U.S. president to visit the Baltic nation after President George W. Bush, who went there in 2006. He'll meet with Estonian officials, then convene broader security discussions with other Baltic leaders from Latvia and Lithuania.

Like Ukraine, the Baltics were ruled by Moscow until the Soviet Union collapsed in 1991 and have sizable Russian-speaking minorities. After the Soviet Union crumbled, the Baltic countries turned to the West and joined the European Union and NATO in 2004, irritating Russia.

Vice President Joe Biden also offered assurances Tuesday in a call with President Andrej Kiska of Slovakia, another NATO member and Ukraine's western neighbor. The White House said that Biden reaffirmed the U.S. commitment to NATO's collective defense and that Kiska noted that gas had begun flowing from Slovakia to Ukraine to help the former Soviet republic with some of its energy needs.

Beyond the crisis in Ukraine, NATO leaders will also discuss the final stages of the Afghanistan war. Alliance plans to celebrate the end of combat missions, however, are being clouded by political instability in Afghanistan that has stalled planning for the West's commitment to the country after this year.

Obama will also be seeking support from allies for efforts against Islamic State militants in Syria and Iraq. Shortly before the president's departure for Estonia, an Internet video surfaced purporting to show the militants beheading a second U.S. journalist.