The new restrictions come a week after authorities ordered bars and nightclubs to close and banned restaurants from serving alcohol.

Wearing masks is now compulsory in public spaces in Bangkok and the 46 other provinces of Thailand.

INTERNATIONAL NEWS - New Covid restrictions came into force in Thailand on Monday to try to halt a spiralling outbreak that saw deaths hit a record single-day high over the weekend.

In Bangkok - where the latest outbreak has been traced back to a nightlife district - as well as 46 other provinces, wearing masks is now compulsory in public spaces, backed up by the threat of a 20,000 baht ($640) fine.

Authorities in the capital have also closed a raft of venues including cinemas, parks, gyms, swimming pools, spas and nurseries.

The new restrictions come a week after authorities ordered bars and nightclubs to close and banned restaurants from serving alcohol.

The tightening comes amid a spike in cases - total infections reached 57,500 on Monday, up from just 29,000 in early April.

Some 2,048 new cases were announced on Monday, while Sunday saw Thailand record its highest single-day death toll of the pandemic, with 11 fatalities.

Until the latest outbreak Thailand had managed to keep infections down, thanks to draconian travel restrictions and swift action to isolate confirmed cases.

But there have been complaints about the slow rollout of vaccinations, with Thailand lagging behind other countries in the region. 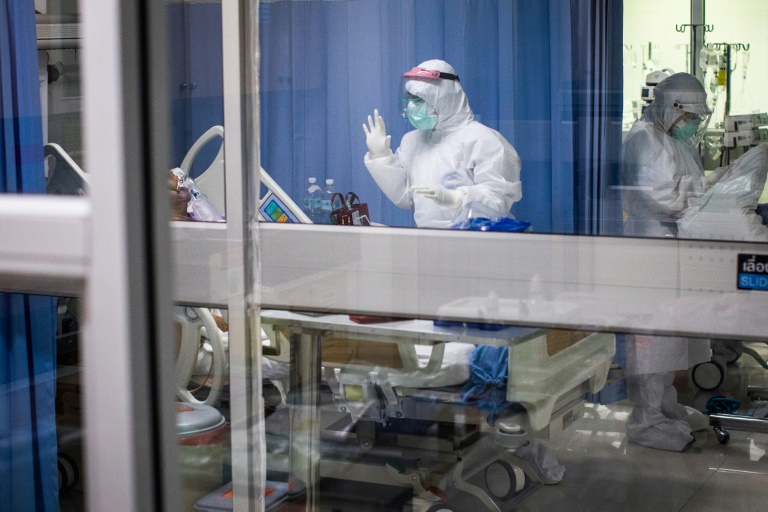 Thailand imposed new restrictions as the country faces a spike in cases.

Prime Minister Prayut Chan-O-Cha said on Facebook the government was trying to source more vaccine doses and ramp up the programme to inoculate 300,000 people a day.

In neighbouring Cambodia, also in the grip of a new wave of the pandemic, the World Health Organization (WHO) urged factory owners in the key garment sector to help protect workers.

"The current outbreaks in factories and markets serve as a painful reminder of the importance of investing in mitigation measures before cases occur, to help prevent the virus spreading," Li Ailan, WHO representative in Cambodia, said in a statement.

Phnom Penh has been under lockdown for 12 days now and last week the authorities ordered all wet markets in the city to close for 14 days. 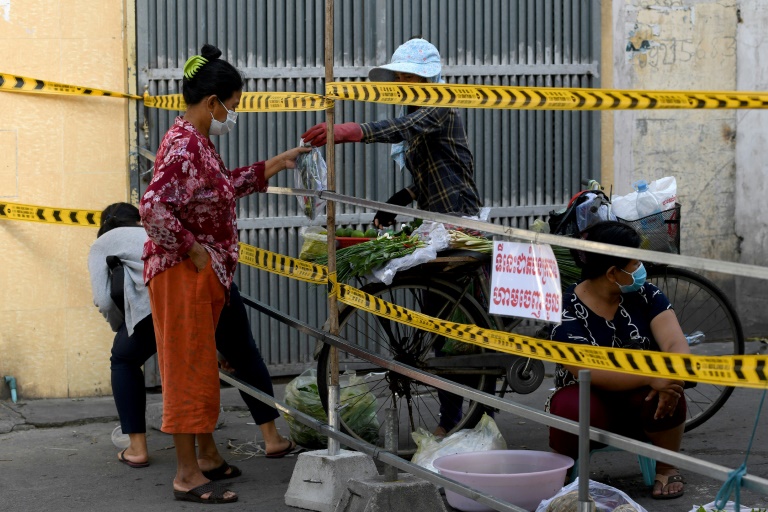 The Cambodian capital Phnom Penh is under lockdown and the prime minister has ordered tougher enforcement of restrictions.

Cambodia has reported 9,975 cases in total and 74 deaths including 10 on Saturday - a single-day record for the country.

Neighbouring Laos - which appeared to escape the brunt of the pandemic last year - is also undergoing a surge, jumping from 58 cases to 323 in less than a week.

Its capital Vientiane was placed under a snap lockdown last week, with authorities prohibiting residents from leaving their homes except for groceries and going to hospital.