Netanyahu, on trial over corruption charges he denies, had a 28-day window to secure a coalition following the March 23 vote, Israel's fourth in less than two years.

Israeli Prime Minister Benjamin Netanyahu, who is seen here leaving court last month after a hearing in his corruption tiral, faces a midnight deadline to form a government after an inconclusive March election.

Netanyahu, on trial over corruption charges he denies, had a 28-day window to secure a coalition following the March 23 vote, Israel's fourth in less than two years.

The 71-year-old's right-wing Likud party won the most seats in the vote, but he and his allies came up short of an absolute majority in the 120-seat Knesset, Israel's parliament.

The results delivered by a deeply fractured electorate left Netanyahu with a daunting path towards 61 seats, as voters broadly chose not to reward him for a successful coronavirus vaccination campaign.

President Reuven Rivlin's office said in a statement that Netanyahu had "informed (the presidency) that he was unable to form a government and so returned the mandate to the president."

In power from 1996 to 1999 and again since 2009, Netanyahu has acquired a reputation as a master political survivor and Israeli media had over the past four weeks feverishly speculated about deals he was hatching to stay in power.

But the obstacles that faced Netanyahu the morning after the vote remained largely unchanged.

A Netanyahu-led coalition likely would have required tacit cooperation between the conservative Islamic Raam party and the far-right Religious Zionism alliance, whose leaders have hurled incendiary anti-Arab rhetoric during their political careers.

Raam's leader Mansour Abbas had said he was open to any arrangement that improved living standards for Israel's 20 percent Arab minority.

But Religious Zionism's leader Bezalel Smotrich has repeatedly called Raam "terror supporters" who he refused to work with.

Netanyahu also could have made up the numbers by making peace with his estranged former protégé, the religious nationalist Naftali Bennett, and convincing Likud defectors in the New Hope party to return home.

Bennett, a multi-millionaire former tech entrepreneur, said Monday he could have endorsed Netanyahu to preserve right-wing governance but saw no path for the prime minister to clinch a viable coalition.

Likud on Wednesday blasted Bennett for what it called "his refusal to form a right-wing government."

Bennett has long been viewed as a hardliner and enthusiastic supporter of Jewish settlement expansion on occupied Palestinian territory in the West Bank.

But he sought to highlight his business and management credentials as pandemic closures ravaged Israel's economy.

Bennett has said his top priority is avoiding a fifth election and that he would work towards a unity government if Netanyahu could not form a coalition.

Bennett may end up leading such a unity government, despite his Yamina party only controlling seven seats.

Rivlin said he would contact political leaders on Wednesday morning "regarding the continuation of the process of forming a government."

He can assign a new 28-day mandate to another lawmaker, with opposition leader Yair Lapid the most likely choice after his centrist Yesh Atid party finished second in the vote. 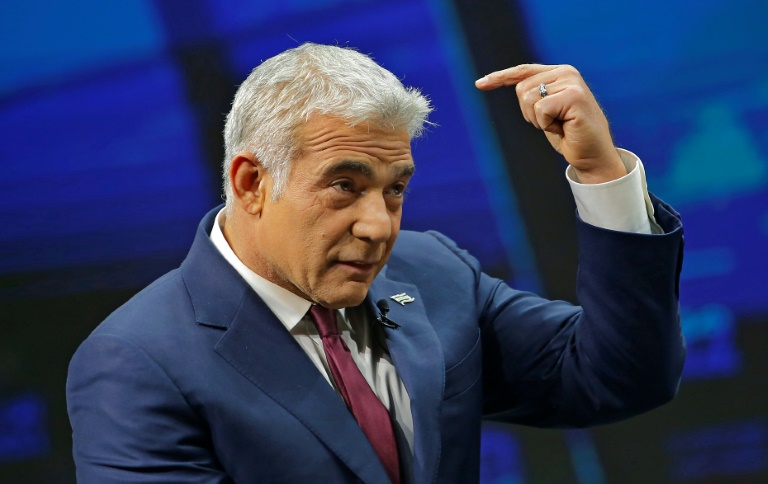 Lapid has confirmed that he offered Bennett the chance to serve first as premier in a rotational coalition, in the interest of ending Netanyahu's tenure.

"There is an historic opportunity. To break down the barriers at the heart of Israeli society. To unite religious and secular, left and right and center," Lapid said Monday.

"It's time to choose. Between a unity government or ongoing division."

The former television presenter said last week's stampede that killed 45 mainly ultra-Orthodox Jews at a religious festival was a consequence of Israel lacking a "functioning government."

He conceded that an ideologically divided coalition forged mainly through shared opposition against Netanyahu "won't be perfect", but would prioritise national interests.

Rather than tap another lawmaker to form a government, the president could ask the Knesset to select a name, a move unlikely to break the deadlock that could accelerate Israel's return to the polls.

In a widely-criticised manouevre, Netanyahu and his allies have flirted with legislation to create a direct vote for prime minister, hoping he would emerge victorious in a divided field.

Likud members made moves to advance such legislation as the prime minister's mandate was expiring on Tuesday, but with little sign of success.