The colossal swirling system - the biggest to hit the region in decades - claimed lives in Kerala, Goa, Maharashtra and Gujarat as savage winds swept through flimsy homes and uprooted trees and electricity pylons.

INTERNATIONAL NEWS - A monster cyclone was lashing India Tuesday, with powerful winds and driving rain leaving at least 20 people dead, and interrupting the vaccine programme the country urgently needs to get its spiralling Covid-19 outbreak under control.

Cyclone Tauktae battered swathes of the vast nation, sending huge waves crashing onto its shores, turning streets into rivers and forcing hundreds of thousands of people to flee.

The colossal swirling system - the biggest to hit the region in decades - claimed lives in Kerala, Goa, Maharashtra and Gujarat as savage winds swept through flimsy homes and uprooted trees and electricity pylons. 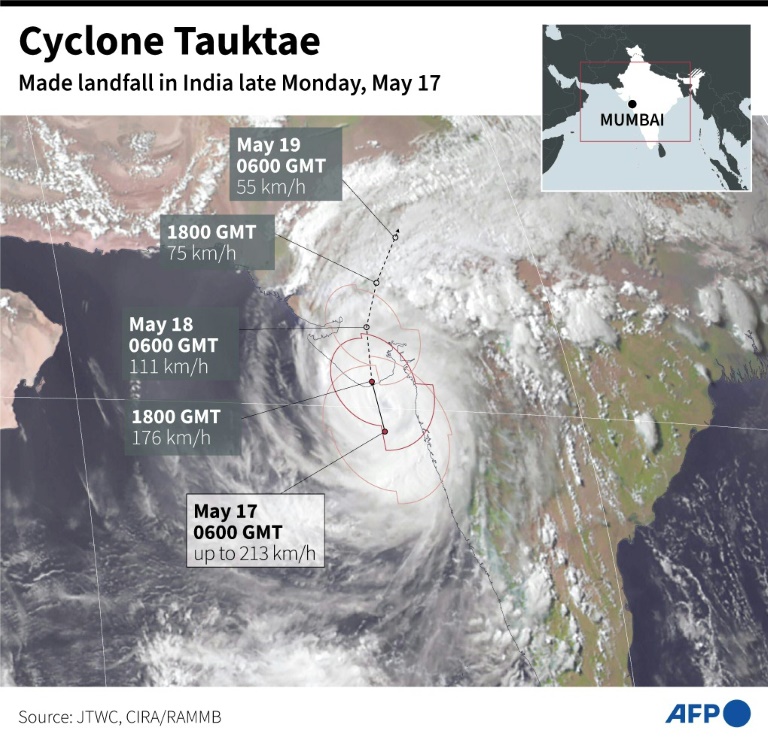 Mumbai authorities closed the airport and urged people to stay indoors, shifting about 600 Covid-19 patients in field hospitals "to safer locations", while sea levels swelled as high as three metres (10 feet) near the seaside town of Diu.

Two navy ships were deployed to assist in search and rescue operations for a barge carrying 273 people adrift off Mumbai's coast, with 28 picked up so far, the defence ministry said late Monday.

The deadly weather system has exacerbated India's embattled response to a coronavirus surge that is killing at least 4,000 people daily, and pushing the health system to breaking point. 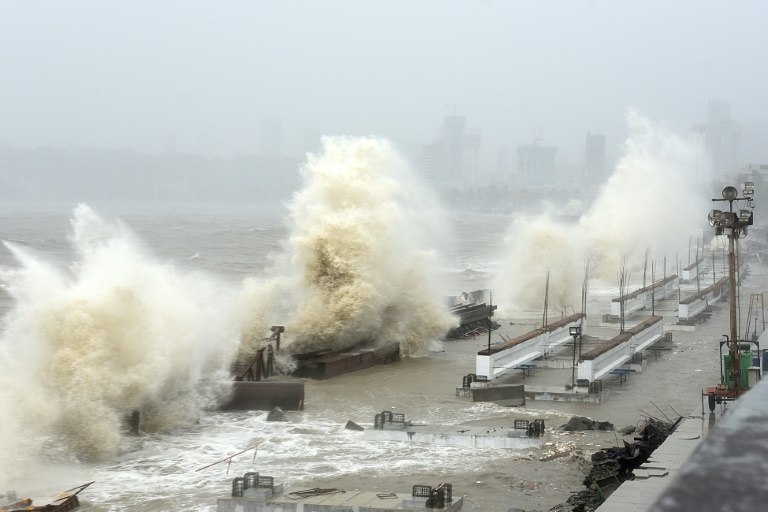 Around 200,000 people were evacuated in Gujarat, where all Covid-19 patients in hospitals within five kilometres of the coast were also moved.

Authorities there scrambled to ensure there would be no power cuts in the nearly 400 designated Covid hospitals and 41 oxygen plants in the area. 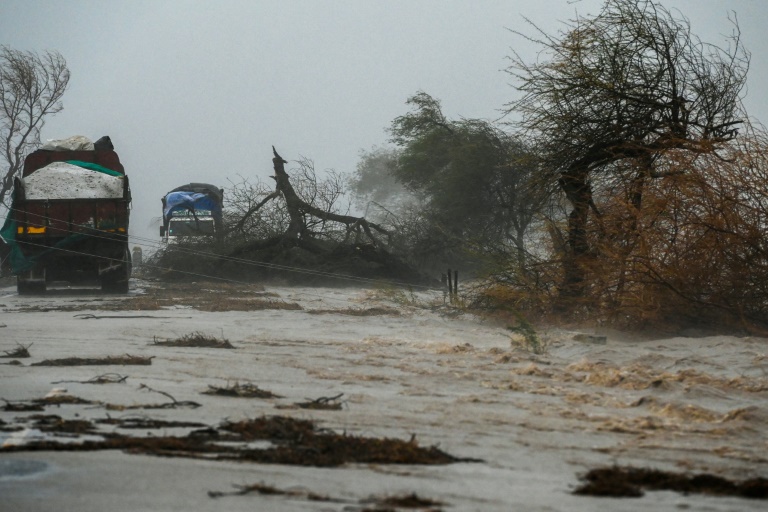 Trucks got stranded near the coastal town of Diu.

"Besides the daily requirement of 1,000 tonnes of oxygen in Gujarat per day, an additional stock of 1,700 tonnes has been secured and could be used in case of emergency," Rupani said.

Virus safety protocols such as wearing masks, social distancing and the use of sanitisers would be observed in the shelters for evacuees, officials added.

The state also suspended vaccinations for two days. Mumbai did the same for one day.

Thousands of disaster response personnel have been deployed to help with the fallout from Tauktae, while units from the coast guard, navy, army and air force have been placed on standby.

"This cyclone is a terrible double blow for millions of people in India whose families have been struck down by record Covid infections and deaths," said Udaya Regmi from the International Federation of Red Cross and Red Crescent Societies.

The organisation said it was helping authorities to evacuate people most at risk in coastal areas, providing first aid, masks "and encouraging other critical Covid-19 prevention measures".

Last May, more than 110 people died after "super cyclone" Amphan ravaged eastern India and Bangladesh in the Bay of Bengal.

The Arabian Sea previously experienced fewer severe cyclones than the Bay of Bengal but rising water temperatures because of global warming was changing that, Roxy Mathew Koll from the Indian Institute of Tropical Meteorology told AFP.

"(The) Arabian Sea is one of the fastest-warming basins across the global oceans," he said.