INTERNATIONAL NEWS - The crowds might be thinner and parties smaller, but warnings from officials over the coronavirus have done little to stop Japanese celebrating as the country's famed cherry trees explode into bloom.

Over a warm long weekend in Tokyo, people packed into traditional blossom hotspots, many not even wearing face masks, to admire the fluffy white and pink flowers hanging from delicate stems.

Tokyo Governor Yuriko Koike admitted that taking cherry blossom parties away from Japanese was like "taking hugs away from Italians", but urged people to avoid gathering in large groups to drink and snack under the trees.

"I come here every year. I feel bad if I miss it," Etsuo Fujisawa, a 57-year-old dental technician told AFP as he walked through the city's Ueno Park where 800 cherry trees are in full bloom.

The sides of the main street were roped off, with signs saying "no party zones" posted to discourage picnickers.

"There are more people than I thought," Fujisawa added. 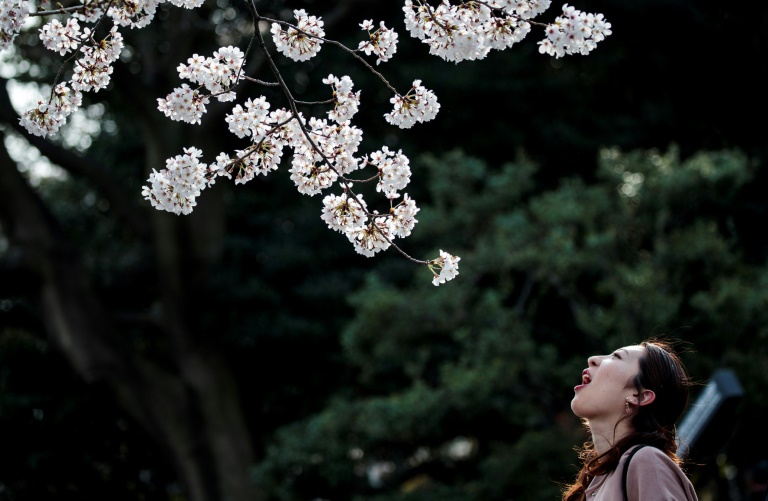 At another popular spot, the Chidorigafuchi park and walking path, a sign warned that while "awesome cherry blossoms will cause thousands of people to gather here... please refrain from enjoying eating and drinking."

Nearby, a group of women sat picnicking, none of them wearing masks.

'One party at least'
Loudspeakers in Ueno Park blared messages warning against gatherings, and there was little sign of the massive company parties that are popular during the season.

But there were plenty of small groups and couples sitting close to each other on mats drinking and eating under the cherry trees. 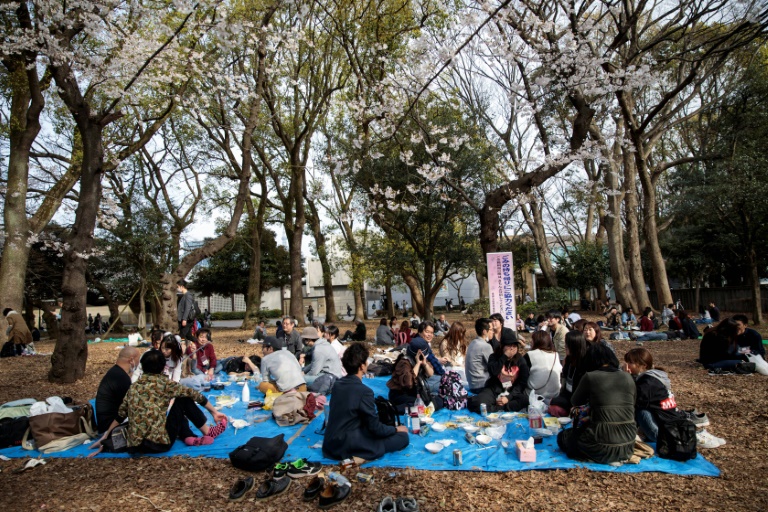 Areas popular for hanami picnics were roped off, but some in Tokyo found spots to eat and drink under the blooms anyway.

Yuichiro Tanaka, a vegetable wholesaler, was picnicking with friends despite the warnings.

"We are told to exercise self-restraint but I wanted to have one party at least," Tanaka said, describing hanami - flower viewing - as "the real joy of spring".

But he said he had taken some heed of the official advice.

"Usually we have hanami parties every weekend during the flower season, but this year we do this only once, only today."

The cherry blossom season is one of Japan's most important national events, with weather forecasters competing every year to offer the most accurate predictions on the first blossoms in major cities. 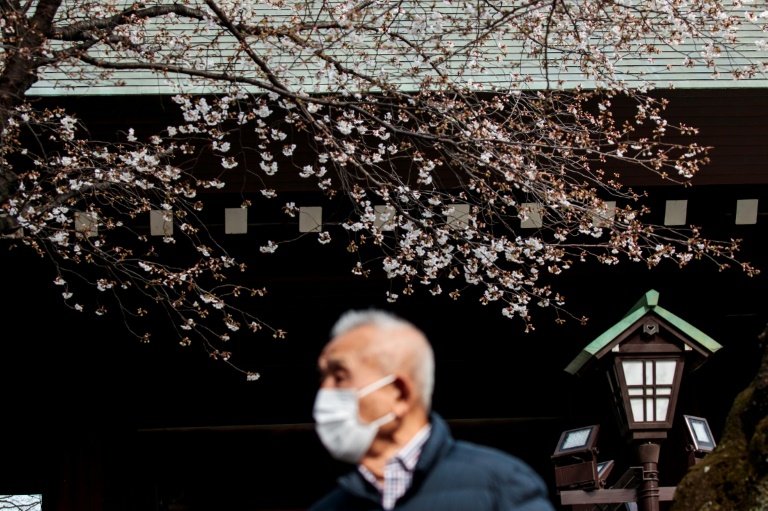 The cherry blossom season is big business in Japan.

It is also usually big business, with tourists planning holidays to catch the fleeting season and restaurants offering delicacies inspired by the flowers.

But the virus has changed that, with more than 1,000 known infections and 41 deaths so far. Many schools are closed and offices have asked staff to work from home.

Researchers at Kansai University expect the outbreak to slash business earnings during the blossom season by nearly 40 percent.

'Good to be outside'
In South Korea, which has recorded nearly 9,000 infections and more than 100 deaths from the virus, officials responsible for the country's biggest blossom event said Monday they would put up barriers to block access.

"Since we can't completely stop spring-time picnickers from coming... we are closing all key cherry blossom spots which will have the same effect as preventing tourists," said Huh Sung-moo, the mayor of Changwon city, which includes the blossom hotspot Jinhae. 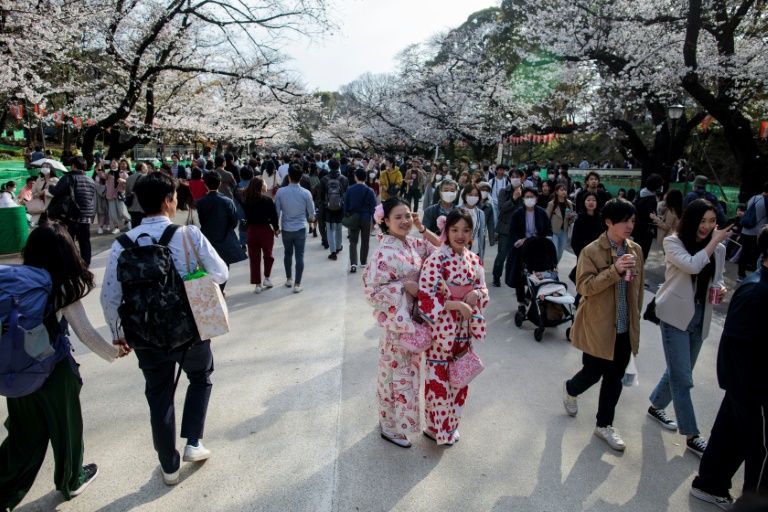 Schools in much of Japan are closed and many people are working from home, but virus-related restrictions are much looser than in Europe and parts of the United States.

In Japan, the government is moving to lift some restrictions, including allowing schools in parts of the country to reopen.

Kanon Sagara, a 17-year-old high school student who has been stuck at home during the closures, said taking in the blossoms at Ueno was a chance to finally get some fresh air.

"It feels good to be outside. It feels nice."