At least 15 stray cats a day are sterilised at Jerusalem's municipal veterinary centre.

INTERNATIONAL NEWS - A dozen cats wake up in cages stacked on top of one another, a pungent odour in the air, while in a room next door two vets work diligently.

Captured in the streets of Jerusalem by city workers or brought in by residents, at least 15 cats a day are sterilised at the municipal veterinary centre.

But experts say that is far too few to stabilise the city's burgeoning street cat population and allay fears about the impact on its environment and ecosystem from the felines.

The concentration of stray cats in the Holy City is among the highest in the Middle East or even the world, experts say.

Only a large-scale, rapid programme to sterilise some 80 percent of the cats within a six-month period would be capable of bringing the population under control, he said.

"To achieve that result, 25 clinics like mine would be needed to sterilise 500 cats per day," he said, at the veterinary services centre, a collection of fading buildings on the edge of Jerusalem.

Going underground
Reducing the cats' access to their main source of food is another option for bringing the stray population under control. 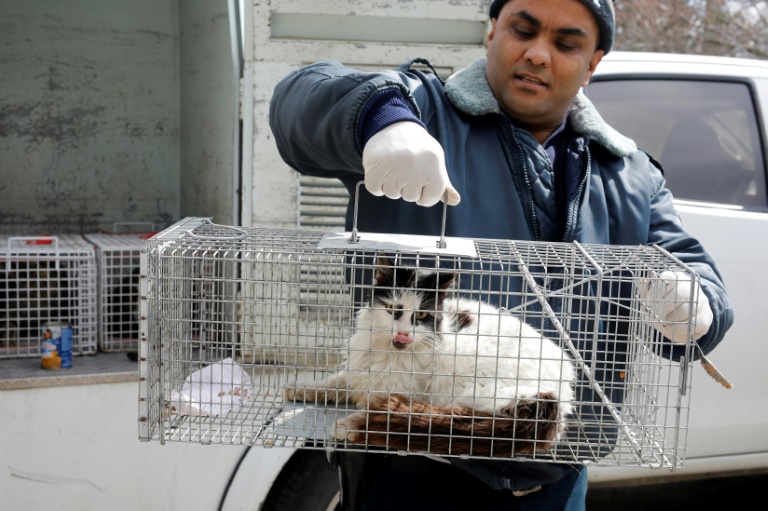 But some experts say that only a large-scale, rapid sterilisation programme would be capable of bringing the stray cat population under control.

The hordes of cats find most of their food in rubbish bins that sometimes overflow, especially in mainly Palestinian east Jerusalem, which Israel occupied in the Six-Day War of 1967 and later annexed.

Israel considers the entire city its capital, though public services in parts of east Jerusalem are noticeably poorer than in the mainly Jewish western sector.

The city council recently launched a plan to modernise rubbish collection, moving some bins underground and therefore depriving the cats of the food source.

"Ultimately, underground rubbish bins that reduce the availability of food for cats are the only solution to control the size of the population," Amir Balaban, of the Society for the Protection of Nature in Israel, said.

But not everyone backs the idea of food deprivation.

Jerusalem's newly elected mayor, Moshe Lion, announced in January the creation of feeding stations around the city, with the food in granule form notably, and budgeted 100,000 shekels ($28,000, 24,000 euros) a year for the scheme.

The decision aims to provide a transition that is clean and more controlled between the current, free-for-all access to the bins and their eventual removal.

'Political decision needed'
For Inbal Keidar, a lawyer specialising in animal welfare issues, it is merely a cosmetic measure and fails to adequately address the problem.

"What is needed is a real political decision to solve the problem with a massive sterilisation campaign for cats while mobilising associations and public authorities," she said.

But she acknowledged that sterilisation was not acceptable to everyone.

In 2015, Agriculture Minister Uri Ariel refused to use $4.5 million (four million euros) in government funding made available for the sterilisation of stray cats, Keidar noted. 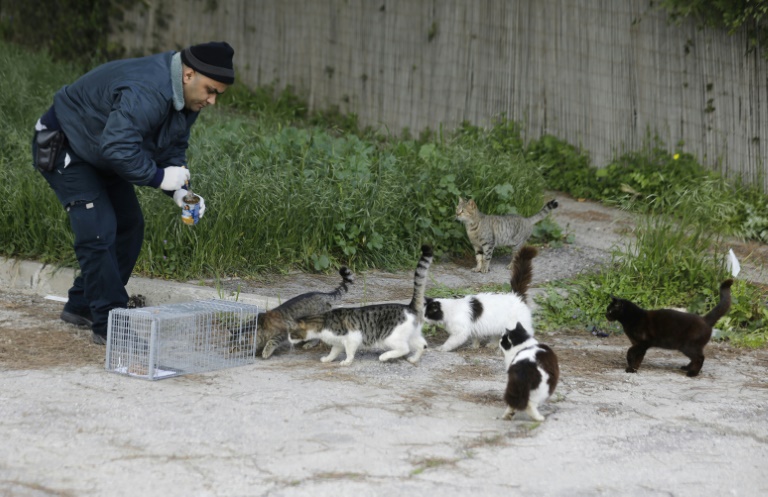 The concentration of stray cats in Jerusalem is among the highest in the Middle East or even the world, experts say.

As an Orthodox Jew, the minister had said that castrating cats was contrary to Jewish religious law and had proposed sending stray cats and dogs to other countries instead.

Associations and volunteers have sought to fill the void for what they complain is a lack of political will and public funding.

"I can't handle knowing that there are so many outside hungry. What worries me is knowing that in a few weeks the females will have babies and we will again hear the meows of kittens."

She, too, believes that there should be a large-scale sterilisation programme.

A threat to some species

Balaban said that fixed feeding areas can also prove problematic since the food attracts other animals, including jackals which have been spotted in some Jerusalem neighbourhoods. 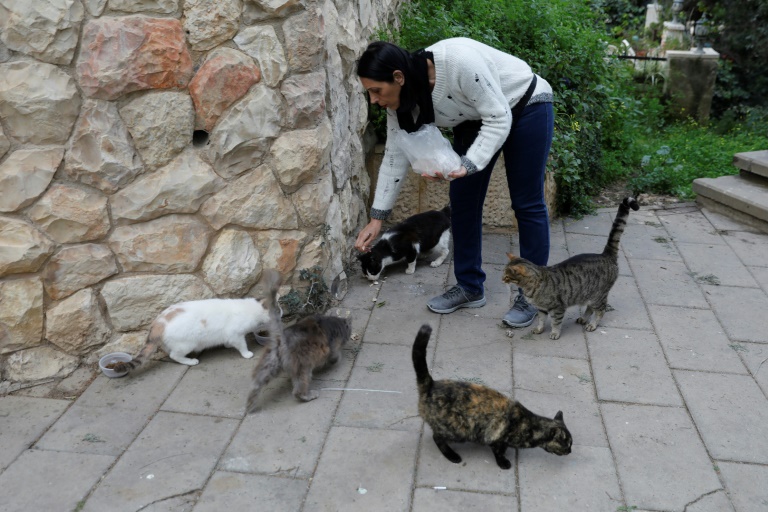 Some of the wild animals carry diseases that can be transmitted to humans, such as rabies and leishmaniasis.

He said the challenge was striking the right balance between protecting the cats and the environment.

"Wild cats are active in the nighttime. They eat rodents," he said.

"Domestic cats, like gutter cats, depend on people, are active in the daytime and hunt small animals - lizards, reptiles and small birds," he added.

When there are too many cats, "as is the case currently in Jerusalem and in a number of large Israeli cities, they threaten those species", he said.