INTERNATIONAL NEWS - A lipstick pistol, a button-hole camera, a lethal umbrella and an authentic waterboarding table: the espionage world's heroic, ingenious and sordid sides are all on show in Washington's all-new, much-expanded International Spy Museum.

The hugely popular showplace that once conjured James Bond and Austin Powers as much as it did actual life-and-death Cold War intrigue has grown and, in the tailwind of 9/11 and the War on Terror, grown up.

Relocated in a gleaming new steel and glass building double the size of its former premises, the Spy Museum still amazes and charms with the tales and gadgets of the undercover world going back centuries.

But now it also depicts the complex and often unsettling challenges of the world of shadows, with visitors asked in clever interactive games and simulated situation rooms to decide: could I be an intelligence agent? 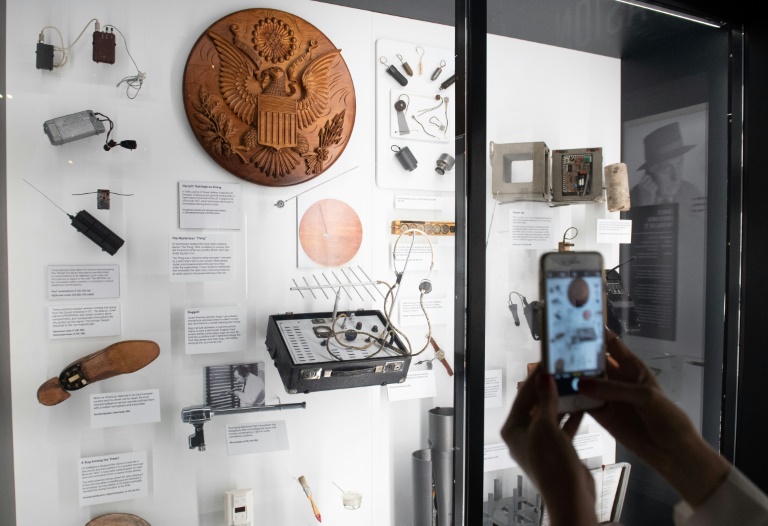 The Spy Museum still amazes and charms with the tales and gadgets of the undercover world, but now it also depicts the complext and often unsettling challenges of the world of shadows.The Spy Museum has been one of the US capital's most popular private destinations since it opened in 2002.

The new premises opens officially on Sunday, just ahead of the summer tourist season.

On show, as before, is the iconic Aston Martin DB5 from 1964's James Bond thriller "Goldfinger."

But now there is also room for an equally sleek 1980s Amber surveillance drone, the precursor of the Predator.

There is a British World War II one-man submarine, and an actual section of the CIA/MI6 tunnel that penetrated East Berlin in the 1950s to tap Soviet communications.

And there are gadgets galore: a pregnant woman disguise from the CIA and a suicide needle hidden in a silver dollar coin, for use by Francis Gary Powers, the U2 spy plane pilot shot down by the Soviet Union in 1960.

There are historical encryption machines, including Germany's Enigma, and a display on the microdot technology central to spying for decades last century.

Among all manner of odd items throughout the museum are a saboteur's exploding lump of coal, pills that CIA operatives entering Cuba could use to sedate barking dogs and the sketchbook of a KGB agent operating undercover in New York in the 1950s.

"The objectives of spies have not changed over the centuries," said Craig Melton, whose massive collection of espionage gear is the core of the museum.

"The only thing that has changed is the technology, and how they accomplish the objectives."

Could you be an agent? 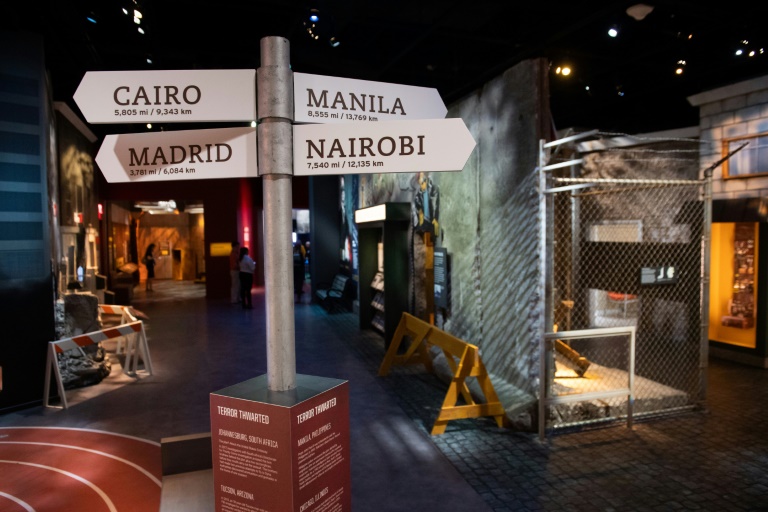 Woven in between are engaging, well-designed interactive exhibits and challenges that press the question: what would the visitor do?

One tests a person's lock-picking ability, while another takes visitors through a series of tests of memory, judgment and observation in a simulated spy operation.

In yet another, visitors take the role of CIA analysts in the 2011 situation room where, holding deeply imperfect intelligence, they must decide whether to advise President Barack Obama to approve a raid on the Abbottabad, Pakistan compound possibly housing Osama Bin Laden.

Complex issues are engaged and not whitewashed. The museum puts on show the spying world's failures, including a display of the actual intelligence that, if it had drawn more attention, might have helped prevent Al-Qaeda's September 11, 2001 attack.

And, with a waterboard on display and a video discussion of actual participants, there is a disquieting debate on the CIA's use of torture after 9/11.

'The essence of espionage' 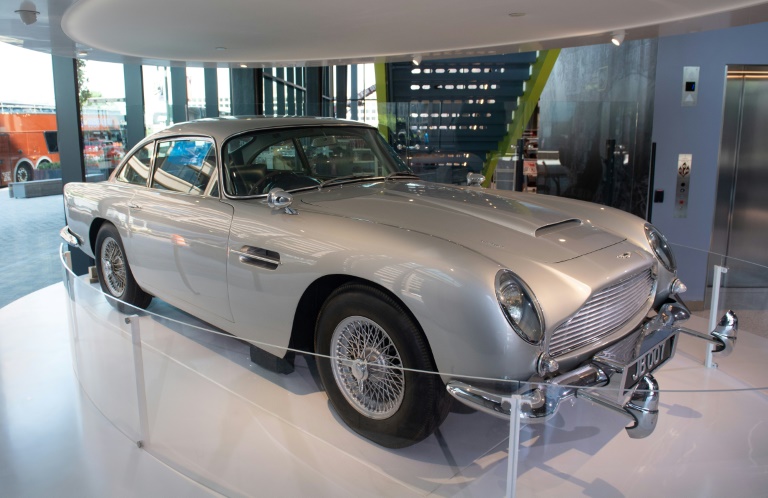 An Aston Martin used in the James Bond movies is still on display at the Spy Museum.The museum has its roots in the 7,000-piece collection of Melton, a navy veteran and engineer who, beginning in the 1960s traveled the world to amass.

He advertised that he was a buyer of any spy technology, and he sought out and befriended agents and officials from all sides of the Cold War game.

"As the wall fell in Berlin, I was there," he said, and the collection's extensive spyware from East Germany's Stasi service is the result.

Weeks after the Soviet Union crumbled in December 1991, he traveled to Moscow.

"I went and knocked on the door of KGB headquarters and said I'm here to buy spy equipment," Melton said.

While he raised some suspicions, many realized he was a genuine collector who didn't talk about politics.

The pride of his collection is gruesome, but he spent four decades seeking it: the ice axe that Joseph Stalin's assassins used to murder Leon Trotsky in Mexico in 1940, in the climax of an intense three-year intelligence operation.

Melton is hugely proud of the new museum, but somewhat wistful about the new digital age, in which computer technology has replaced many espionage tools.

"I think we are past the golden era of spy devices. This is now the most powerful spy device in the world," he said, pointing to his smartphone.