They include seven Catholic clergy - five of them Haitian, as well as two French citizens, a priest and a nun.

Haitians march in Port-au-Prince to commemorate the national day of the Haitian women's movement and denounce violence on April 3, 2021.

INTERNATIONAL NEWS - Haiti's Catholic Church on Monday slammed government inaction after 10 people, including members of the clergy and French citizens, were abducted by kidnappers demanding a $1 million ransom.

Haiti, the poorest country in the Americas, has been in a months-long political crisis. Kidnappings for ransom have surged in recent months in Port-au-Prince and other provinces, reflecting the growing influence of armed gangs in the Caribbean nation - to the anger of many Haitians.

In March, the government declared a month-long state of emergency to restore state authority in gang-controlled areas, including in the capital.

"For some time now, we have been witnessing the descent into hell of Haitian society," the Archdiocese of the capital Port-au-Prince said in a statement, adding that violence by armed gangs was taking on unprecedented proportions.

"The public authorities who are doing nothing to resolve this crisis are not immune from suspicion. We denounce complacency and complicity wherever it comes from," the statement continued.

The statement came one day after the 10 people were abducted in Croix-des-Bouquets, a town northeast of the capital Port-au-Prince.

They include seven Catholic clergy - five of them Haitian, as well as two French citizens, a priest and a nun.

Paris opened an investigation Monday for "kidnapping and sequestration in an organized gang."

The case has been entrusted to the Central Office for the Fight against Organized Crime (OCLCO), the Paris prosecutor's office said, which has jurisdiction over crimes committed against French citizens abroad.

"The crisis and support center of the ministry as well as our embassy in Haiti are fully mobilized, in close contact with the local authorities," the French foreign ministry said.

The kidnap victims were "on their way to the installation of a new parish priest" when they were abducted Sunday, Father Loudger Mazile, the spokesman of the Bishop's Conference for the island nation, told AFP.

The kidnappers have demanded a $1 million ransom for the group, he added.

Authorities suspect an armed gang called "400 Mawozo" - which is active in kidnappings - is behind the abduction, according to a police source.

The five priests belong to the Society of Priests of St James, which is based in France, their superior general, Paul Dossous confirmed to AFP on Monday.

"We are trying to pray while also being active. We are negotiating. The contact is made, that is important," he said.

The French embassy in Haiti did not respond to AFP's request for comment.

Gangs on the rise
The Haitian Conference of Religious (CHR) also slammed the lack of agency by government authorities in a statement.

The CHR "expresses its deep sorrow, but also its anger at the subhuman situation through which we have been wading for more than a decade," the group said. 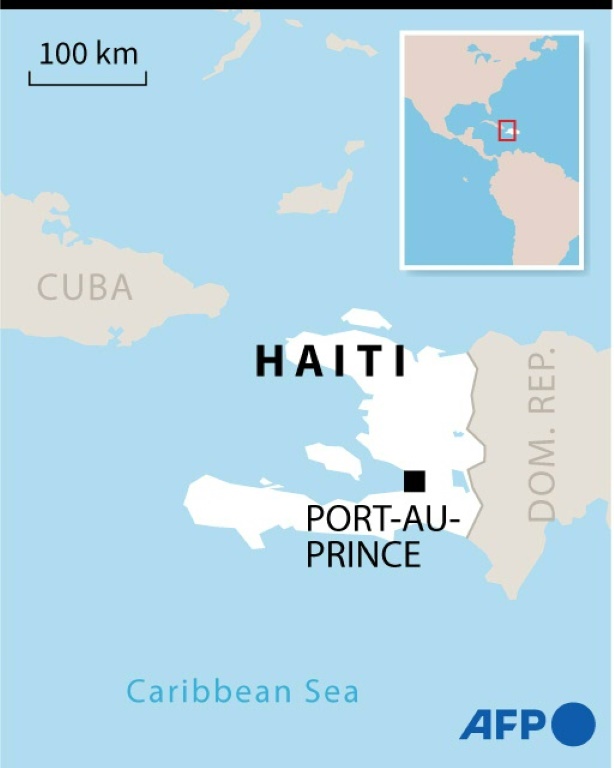 "Not a day goes by without weeping and gnashing of teeth, yet the so-called leaders of this country, while clinging to power, are increasingly powerless."

"This is too much. The time has come for these inhuman acts to stop," said Bishop Pierre-Andre Dumas of Miragoane in southwestern Haiti. "The Church prays and stands in solidarity with all the victims of this heinous act," he added.

The French Bishops' Conference and other French clergy also expressed "their deep concern" and urged "the kidnappers to free the men and women of peace they have kidnapped and not to add more hatred where there is already poverty and insecurity."

The rise in gang violence and political instability have recently drawn protesters onto the streets of Port-au-Prince.

A week ago, hundreds of women protesters rallied in the city against the growing power of gangs, which has led to a spike in kidnappings for ransom.

The United States warned of the risk of kidnappings as it reissued advice to citizens to avoid all travel to Haiti on Monday.

"Kidnapping is widespread and victims regularly include US citizens," a State Department advisory said.

The unrest comes as the government remains mired in a political stand-off.

The disagreement stems from the fact that Moise was elected in a vote that was cancelled for fraud, and then re-elected a year later.

Without a parliament, the country fell further into crisis in 2020, and Moise is governing by decree, fuelling growing mistrust of him.

Amid the instability, Moise has said he plans to hold a constitutional referendum in June.