INTERNATIONAL NEWS - Our weekly roundup of offbeat stories from around the world:

Trust me, I'm a lawyer
Shocking news from France, where a "lawyer" has been unmasked as a liar and crook.

The fake solicitor was arrested in his robes in a court in central France where he was representing two victims... of a conman.

Suspicions were piqued when the 35-year-old was spotted taking a selfie with his clients.

Judges are now investigating whether the man, who is about to face trial for swindling a quarter of a million euros from a charity he set up, has been practising as a lawyer in other courts.

What the f...
Swearing - our elders used to tell us - was the sign of uncouthness and bad breeding.

What a load of old cobblers that was.

For new American research has found that people who use profanities tend to be more intelligent, creative, honest and less likely to "engage in serious unethical or immoral behaviours".

What is more, cursing raises your pain threshold, they found, and a stream of obscenities can actually help stem panic. WTF!

Socialist realism lives!
To the Balkans where nostalgia for old Eastern Bloc ways lingers. Bulgaria, once firmly Stalinist, has gifted its former comrades in Belgrade with a stirring painting of Prime Minister Boyko Borisov inspecting the construction of a gas pipeline with Russia alongside Serbian leader Aleksandar Vucic. 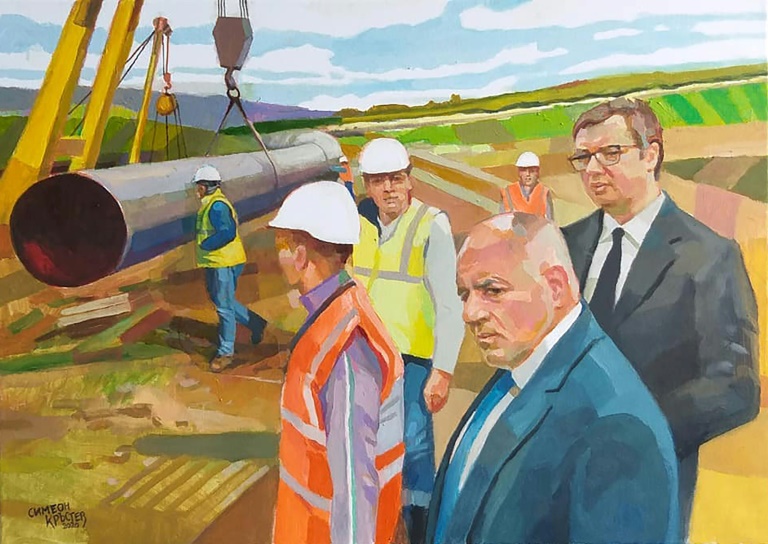 The canvas has been widely derided as communist "kitsch", with wags saying all it lacks is Russian leader Vladimir Putin bestowing blessing from above.

Trump bumped?
Residents of the Canadian capital Ottawa are pushing to change the name of a street that honours Donald Trump.

"When I used to tell people I live on Trump Avenue people would smirk," Bonnie Bowering told AFP. 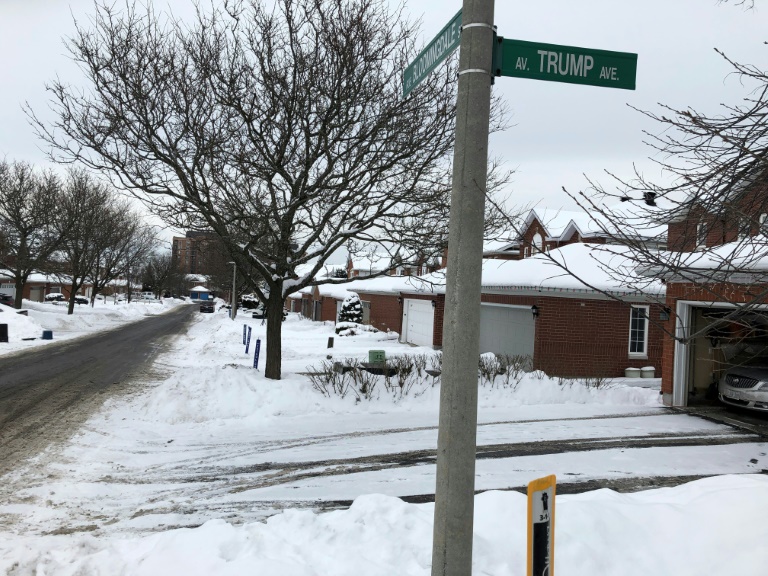 Not for long: The 'Trump Avenue' sign in Ottawa.

"But now after he's undermined democracy" (and he is safely out of power and can't punish Canada), "it's time to change our street name," she said.

Beat it, Bigfoot
Those who fear that Trump's departure might make the US more normal need not fear. An Oklahoma Republican lawmaker wants to create a hunting season for Bigfoot, the mythical ape also called Sasquatch.

Justin Humphrey has been flooded with angry calls from Bigfoot believers since he tried to pass a state law offering a $25,000 reward for its capture.

"Our goal is not to kill Bigfoot. We will make sure everyone understands what we want to do is trap Bigfoot," he said. 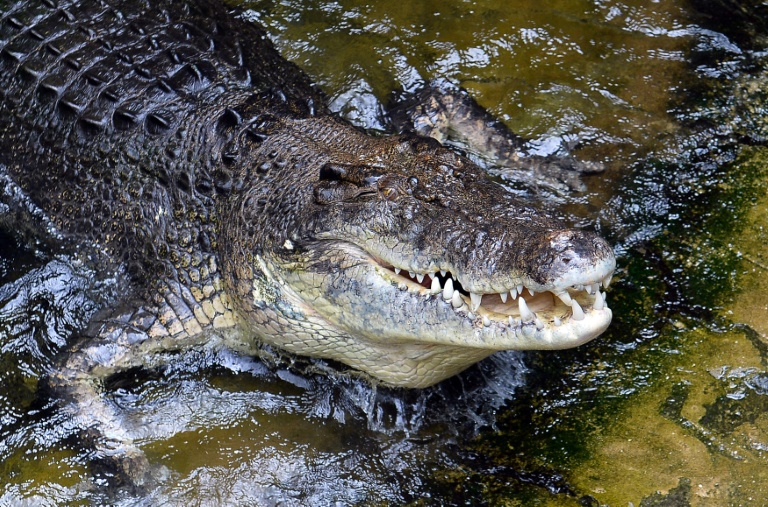 Saltwater crocodiles are known to inhabit the area around Australia's Lake Placid, but attacks are relatively rare.

The spirit of Crocodile Dundee lives on in Queensland, where a swimmer who had a crocodile bite into his head this week says he can't wait to get back into the Cairn's lake where the croc nibbled him.

Paramedics said the man was "remarkably calm" after freeing himself from the reptile's mouth.

"He put his hands into the jaws to prise them off his head and when he let go the jaw snapped shut onto his left forefinger," first responder Paul Sweeney said.

But cool as a tinny of chilled beer, the man "slowly swam" the considerable distance back to the shore, the chastened croc keeping its distance.

"He's quite a robust individual who insisted that he will be back swimming there soon," said Sweeney, clearly impressed. 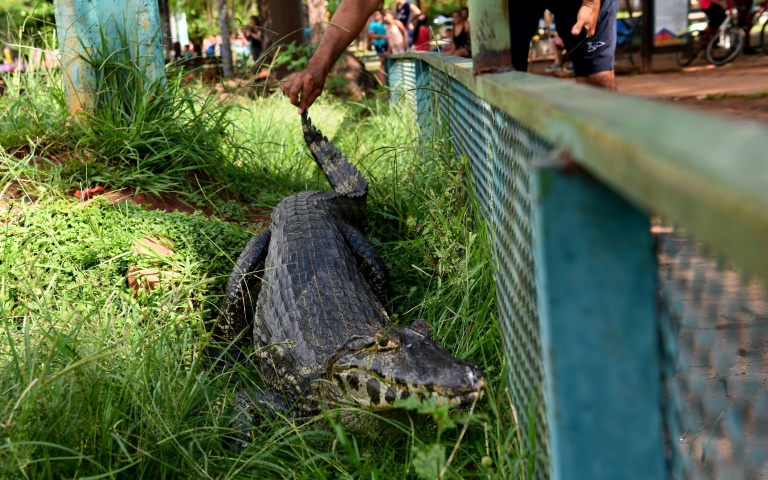 One of the caimans who went for a walk around the Paraguyan town of Ita.

One only can guess what the Aussie would have thought of the caimans that caused panic when they turned up on the streets of Ita in Paraguay after a flood.