The media have two months worth of questions for US President Joe Biden.

INTERNATIONAL NEWS - Joe Biden is set to hold the first press conference of his presidency Thursday, just over 60 days since taking office, in a highly-anticipated exchange as his administration faces mounting challenges from immigration to gun control and the still-worrying coronavirus pandemic.

Biden has waited much longer than other US presidents to participate in the potentially perilous exercise, scheduled for 1.15 pm in (1715 GMT) Washington in the prestigious East Room of the White House, with the number of journalists limited due to Covid-19 restrictions.

It is the same room with its imposing portrait of George Washington where, a little over four years ago, his predecessor Donald Trump held a particularly cacophonous exchange with journalists in which he accused them of being "fake news" - setting the tone for his relationship with much of the press for the rest of his presidency.

Biden's White House had hoped to continue its "Help is Here" tour, a victory lap promoting the gigantic $1.9 trillion rescue package - passed by Congress and hugely popular with Americans struggling with the economic devastation of the pandemic.

But those plans have been thwarted in recent days by several crises: first and foremost two mass shootings in less than a week, one at spas in Atlanta, Georgia and the other at a grocery store in Boulder, Colorado.

Despite its popularity with the voting public, gun control is a deeply partisan issue, and the call for action has underscored the narrow margin for error that Democrats face on Capitol Hill, where their majorities are razor-thin.

Biden failed to move the needle on the issue in 2012 when, as Barack Obama's vice president, he took on the push for new legislation in the aftermath of the shocking Sandy Hook Elementary School shooting which left 26 dead.

So how much political capital is he willing to spend now? 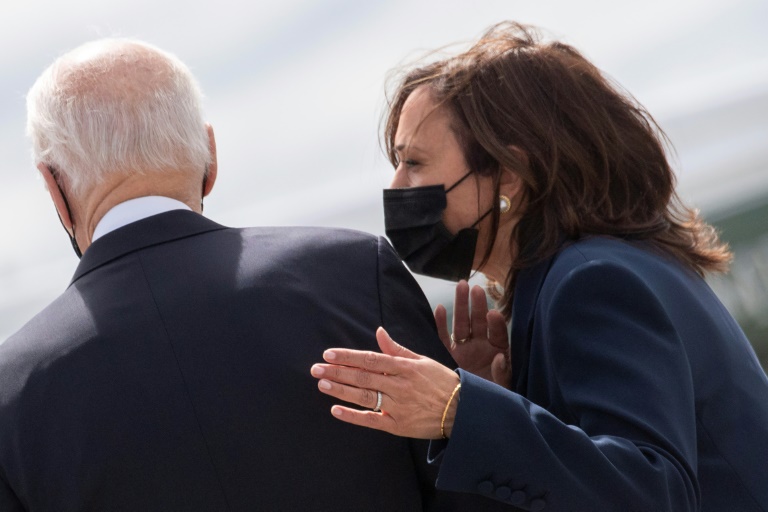 Biden has appointed Vice President Kamala Harris to manage the influx of migrants on the US-Mexico border, the first crisis to emerge under his watch.

Biden's speech also comes the day after he appointed Vice President Kamala Harris to troubleshoot the sensitive issue of immigration, with an influx of thousands of migrants - many of them unaccompanied children - at the US-Mexico border.

The 46th president's thoughts are eagerly awaited on the diplomatic front also.

Has he decided on a date for the withdrawal of American troops from Afghanistan? How does he intend to relaunch the discussions with Iran on its nuclear ambitions, which seem to have reached an impasse?

How far does he intend to go in his arm wrestling, which has taken a very personal turn, with Russian leader Vladimir Putin? And what posture will he adopt towards bellicose North Korea, which has just launched what Japan says are two ballistic missiles into the sea?

For weeks now the White House has maintained that many of these issues are under review. Journalists demanding answers before the television cameras may corner the president into revealing more.

Biden has multiplied the brief exchanges with journalists in the Oval Office or during his travels.

But he has avoided press conferences, a more demanding exercise because it allows for more precise questions - and follow-up.

The 78-year-old is also known for his verbal gaffes through the years. His reticence, therefore, has fueled speculation by his opponents of a president overly shielded by his team.

But when the president comes face to face with a persistent press corps on Thursday, he will largely be alone at the podium.