With political tensions running at fever pitch, there was a heavy police presence in downtown Washington and many business owners, fearing clashes, have boarded up doors and windows.

Outgoing president Donald Trump was due to address his supporters in Washington as Joe Biden's victory is certified.

INTERNATIONAL NEWS - Donald Trump faced one of the darkest days of his presidency Wednesday with Congress poised to certify Joe Biden's White House victory and Democrats on track to take control of the Senate with a pair of stunning upset victories in Georgia.

Thousands of Trump supporters, fueled by his spurious claims of voter fraud, were flooding the nation's capital, meanwhile, to protest the certification.

Trump is scheduled to address his backers at 11:00 am (1600 GMT) at an outdoors event in chilly Washington, two hours before Congress meets in a joint session to certify the Electoral College results that determine the winner of the White House race.

With political tensions running at fever pitch, there was a heavy police presence in downtown Washington and many business owners, fearing clashes, have boarded up doors and windows.

"They stole our election," said Katherine Caldwell, a 61-year-old woman from Oregon wearing a white cowboy hat that read "Trump Is My President." 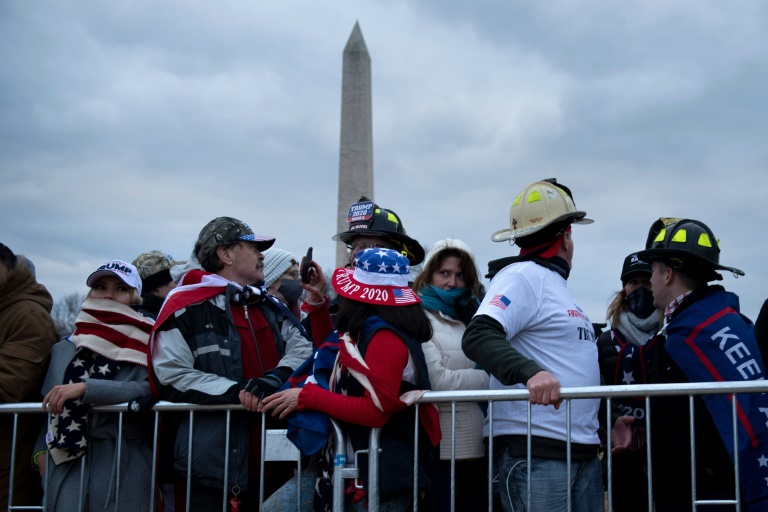 Supporters of US President Donald Trump gather for a rally in Washington.

Certification of the Electoral College vote at a ceremony presided over by the vice president is usually just a formality.

But more than 100 Republican members of the House of Representatives and at least a dozen Republican Senators have said they plan to lodge objections to certification at the joint session of Congress which opens at 1:00 pm (1800 GMT).

Trump, 74, has refused to concede defeat in the November 3 election and has been ramping up the pressure on fellow Republicans and Vice President Mike Pence to back his baseless claims of election fraud.

"The Vice President has the power to reject fraudulently chosen electors," Trump tweeted on Tuesday. "If Vice President @Mike_Pence comes through for us, we will win the Presidency." 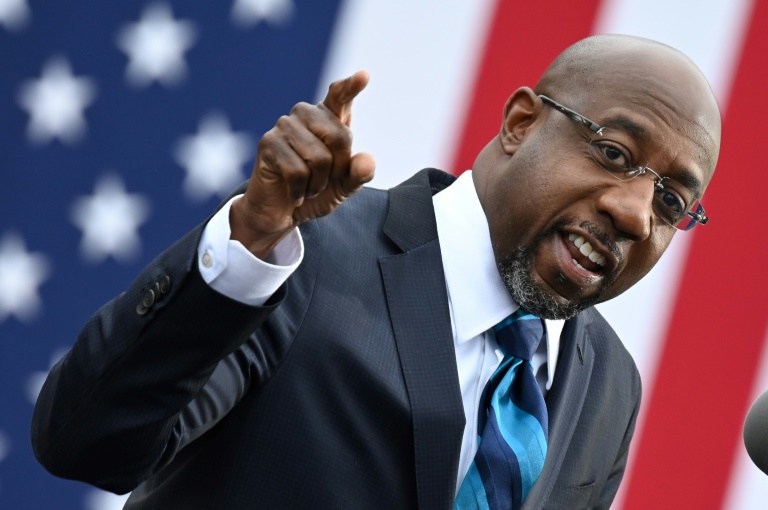 The vice president has no legal authority to reject the results, however, and Pence has given no public indication of what he will do at the joint session.

The Republican objections appear doomed to fail in any case when brought to a vote in the Democratic-controlled House and also in the Republican-majority Senate, where most Republicans have refused to sign on to the challenge to Electoral College certification.

'They stole our election'
The joint session of Congress comes one day after voters went to the polls in Georgia and appear to have handed a pair of stunning victories to the Democratic Senate candidates over their Republican opponents.

A Democratic sweep would result in a 50-50 split in the Senate with Democrats holding the tie-breaking vote in Vice President Kamala Harris.

Biden is due to be sworn in on January 20 and control of the Senate would give his Democrats the levers of power in the executive branch and both chambers of Congress and allow him to push through his legislative agenda. 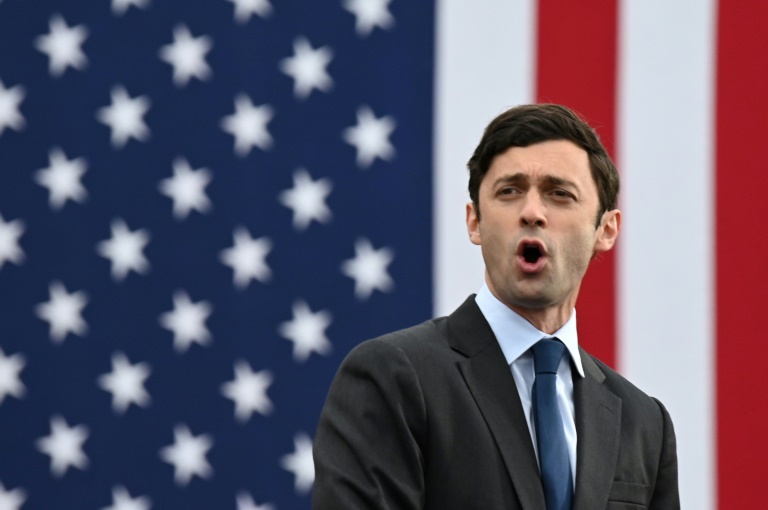 Democratic Senate candidate Jon Ossoff.Georgia has been reliably Republican but Biden also won the state, by about 12,000 votes, and his win there is one of the victories that Trump has been contesting.Trump's unprecedented efforts to overturn the result have included making a call to Georgia's secretary of state in which he said he wants to "find 11,780 votes" - one more than Biden's margin of victory.

In Georgia, Democratic candidate Raphael Warnock, the pastor at the Atlanta church where Martin Luther King once preached, was projected to defeat Republican Kelly Loeffler, a 50-year-old businesswoman appointed to the Senate in December 2019.Warnock, 51, who would be just the third African-American to win a Senate seat from the South, was ahead by 53,430 votes out of nearly 4.4 million cast, or more than one percent.

Loeffler however refused to concede. "We're going to make sure every vote is counted," she told supporters.

In the other Georgia race, Democrat Jon Ossoff, a 33-year-old video producer, claimed victory on Wednesday over Republican David Perdue.

"Georgia, thank so much for the confidence you have placed in me," Ossoff said. "I will look forward to serving you."

Both Biden and Trump visited Georgia to encourage their supporters on the eve of the crucial vote but the president spent most of his time at his rally rehashing his unfounded allegations of election fraud.

Trump supporters gathering in Washington on Wednesday echoed those claims, which have been refuted in the courts and by state election officials.