A growing number of Russians are interested in biohacking, a global movement whose followers seek to "upgrade" their bodies with experimental technology and DIY health fixes.

INTERNATIONAL NEWS - Gripping a scalpel, Vladislav Zaitsev makes an incision in the fold of skin between his client's thumb and index finger and pushes in a small glass cylinder.

Alexei Rautkin, a 24-year-old programmer in a hoodie, is having a chip inserted in his hand so he can open the door to his office without swiping a card.

"It's something I decided a long time ago," he says.

"Mainly because it's convenient but there's also a kind of exclusivity, because practically no one else has this."

Rautkin and Zaitsev are among a growing number of Russians interested in biohacking, a global movement whose followers seek to "upgrade" their bodies with experimental technology and DIY health fixes that began in Silicon Valley at the start of the last decade.

For some, the lifestyle trend involves implanting technology under their skin.

For others - mainly wealthy Russians - the quest is to live longer, which they hope to do through intensive monitoring of their bodies, taking vast quantities of supplements or extreme exercise.

Although it's unclear how many biohackers there are in Russia, the movement is spreading, with social media forums, conferences and businesses springing up to cater to their needs.

Zaitsev, a programmer with a ducktail haircut, taught himself to insert chips, helped by the fact he's a medical school dropout.

The 28-year-old caught national attention in 2015 by taking the chip out of a Moscow metro pass, dissolving it in acetone and encasing it in silicone before inserting it into the back of his hand.

The disc, about the size of a British one penny coin, is still visible but currently defunct - Zaitsev reprogrammed it with bank card details, only for the bank to close. 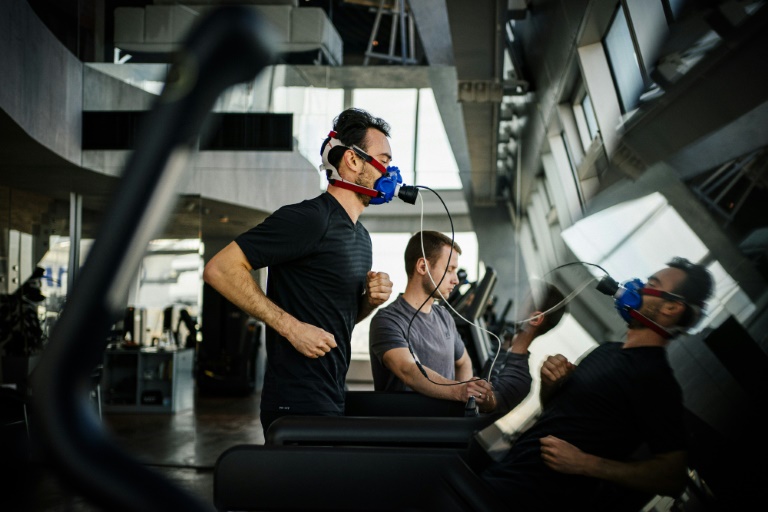 For some, the quest is to live longer, which they hope to do through intensive monitoring of their bodies, taking vast quantities of supplements or extreme exercise.

He also has magnets on his fingertips, mainly for party tricks.

He says the biohacking movement is about using technology to facilitate concrete tasks.

"In biohacking, I like things that give a real, confirmed effect, for example putting in chips," he says.

Based on the contact between the close-knit community on social media, he estimates that about 1,000 Russians are chipped.

Most install work passes, he says, while some insert magnets or a compass implant that vibrates when they turn north.

"I like the idea of expanding the capabilities of the human body."

Around the world, implanted microchips are being used to start cars, turn on smartphones, computers and printers, monitor body temperature and store medical information or as business cards.

Professional magicians even use them to enhance their tricks.

Some chips have been approved for human use, but Zaitsev said he uses veterinary ones made in Taiwan and ordered by mail for about 500 rubles ($8) each.

While some have raised concerns over potential surveillance and hacking, the number of chipped people is still very small in Russia, and unlike smartphones, the chips do not transmit the users' location.

In his studio flat, Zaitsev charges Rautkin 2,000 rubles ($32) for the operation to insert the chip that is slightly bigger than a grain of rice.

He has chipped about 50 others, too, he says.

Other biohackers have little time for chipping, however.

Entrepreneur Stanislav Skakun says that biohacking is about extending life, potentially for thousands of years, an idea known as transhumanism. 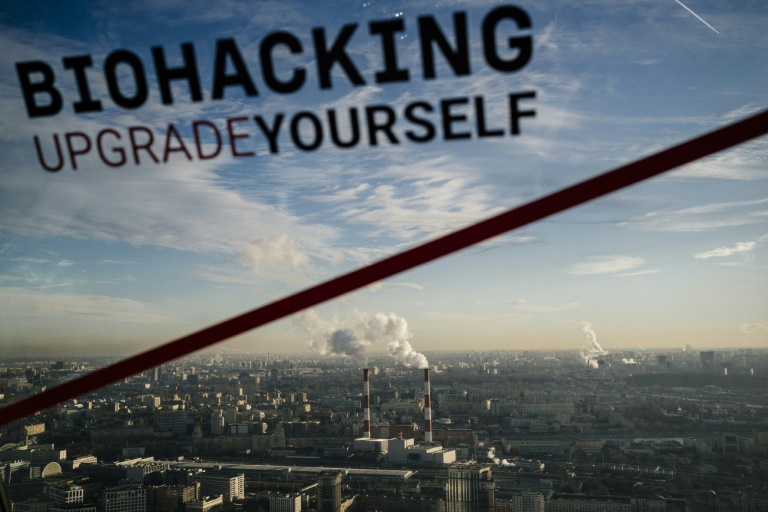 It is unclear how many biohackers there are in Russia, but the movement is spreading, with social media forums, conferences and businesses springing up.

"I haven't yet found a chip that would be useful for prolonging life... I can't see any point in doing this yet," the 36-year-old said.

Instead, he regularly attends a private clinic where nurses fill some 20 test tubes with his blood for analysis.

It's just part of his exhaustive routine over the last five years, measuring hundreds of biochemical markers and taking handfuls of vitamins and supplements daily.

Although he declines to talk in detail about what he takes, he says the supplements include iodine, Vitamin D, magnesium and prebiotics.

As well as genetic tests to identify personal risk factors and compensate for them, he undergoes tests for inflammation, cholesterol, glucose, bone density, the stress hormone cortisol and the efficiency of his immune system.

Trim with piercing blue eyes, Skakun claims that "in the last five years, my biological age hasn't changed at all."

"If we conquer cancer, Alzheimer's and cardiovascular disease, we'll prevent practically all the reasons we die," he said.

Such ideas are espoused by international proponents of transhumanism, such as controversial British gerontologist Aubrey de Grey, who believe humans will be able to significantly extend their lifespan and only die from accidents or violence. 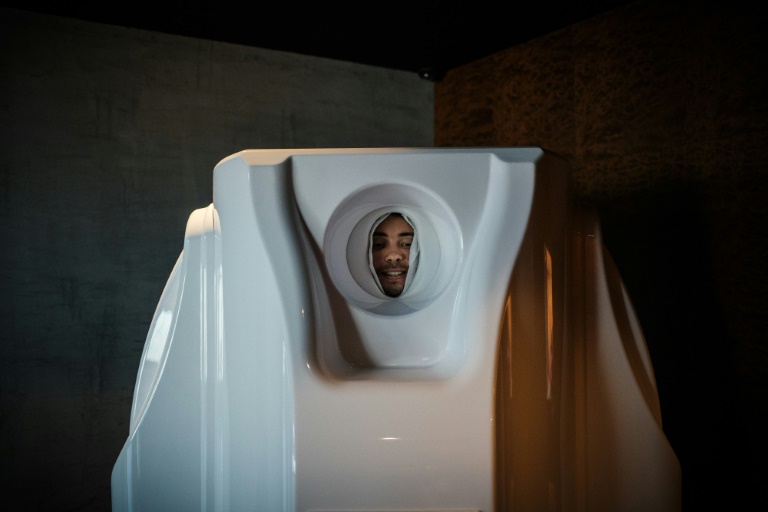 Currently the oldest human on record, France's Jeanne Calment, died at the age of 122.

Some biohackers have jumped on breakthroughs in gene therapy, one of the hottest areas of medical research.

Controversially, US biohacker Josiah Zayner, who is a scientist, in 2017 livestreamed an experimental attempt to alter his own DNA using new gene editing technology called Crispr.

The tool, informally known as molecular "scissors", is being used to treat genetic conditions, such as sickle cell disease, and has made gene editing more widely accessible.

But the US Food and Drug Administration has expressed concern about safety risks involved in DIY kits available to the public for self-administered gene therapies.

Kiran Musunuru, a genetics professor at the University of Pennsylvania, says the Crispr "scissors" often cut next to the targeted gene, causing unexpected mutations.

"It's very easy to do if you don't care about the consequences," Musunuru added.

"But they must be used better," it said, in an opinion piece.

Maxim Skulachev, a Russian biologist at Moscow State University who studies longevity, said that biohackers were right to say that ageing may be programmed into our genes and theoretically could be blocked.

"We think ageing was somehow introduced in our genome as a programme," he said.

"For us the only way to fight ageing is to somehow break this programme - hack it."

In doing so, this could end age-related conditions and cancer, he said, adding that living to the age of 100 would become the new norm. 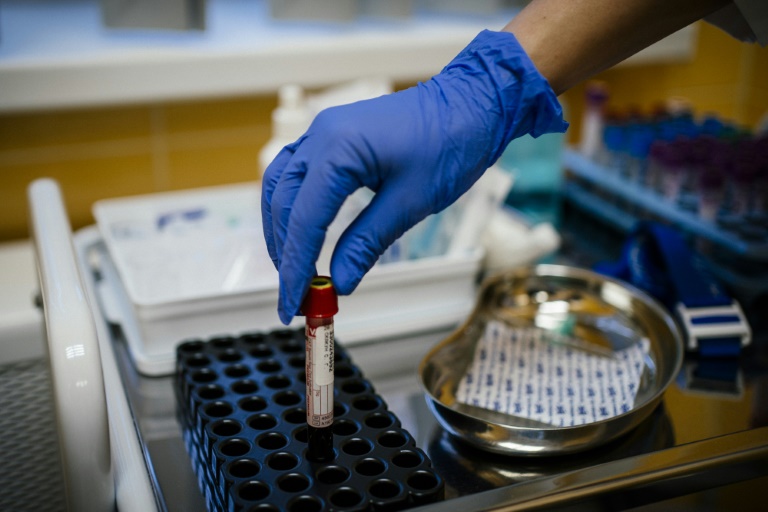 Nevertheless, he also predicts that the super-elderly will develop other health problems limiting their lifespan which have not yet even manifested themselves.

The problem with biohackers is they are "running too fast," said Skulachev, 46, whose team is trying to come up with a drug to interfere with the genetic ageing process.

"At the moment there is no technology to break this programme and from this point of view... biohackers are engaged in wishful thinking."

Yet biohacking in Russia is already "a big movement" with conferences and businesses, says Skakun, who formerly worked in corporate finance.

Two years ago he founded a startup called Biodata that arranges tests for clients and stores information, charging 150,000 rubles ($2,430) for a full checkup.

Clients are "mainly top managers and business people", he said.

Well-heeled patrons are also paying up to 250,000 rubles ($4,050) annually for a Moscow gym that calls itself a "biohacking laboratory".

The gym, which opened last year with the slogan "Upgrade Yourself", is on the 58th floor of a skyscraper in the business district.

The slim 29-year-old got into sports science after competing seriously as a runner. 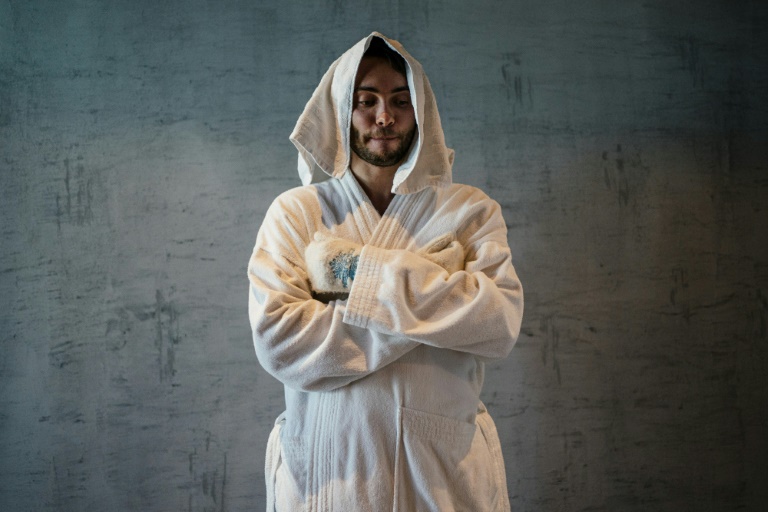 Some clients stand in a chilled liquid nitrogen chamber, others have their physical exercise closely monitored and analysed.

On the treadmill, a gym member dons a face mask to analyse the gases in his breath.

Minutes later he gets a breakdown that shows when his workout was most effective.

Afterwards, he stands in a chamber chilled by liquid nitrogen to minus 120 degrees Celsius (minus 184 Fahrenheit), which Vasilyev says aids recovery.

For all his enthusiasm, Vasilyev doubts that people will live for hundreds of years any time soon.

Zaitsev, the chipping enthusiast, is scathing about the quest for longevity, which he calls "a kind of religion" seeking a "magic pill".

A month after the implantation, Rautkin is using his chipped hand to open doors at his e-commerce company.

Unfortunately it doesn't work on the main door, but he is philosophical about this.

"I am using it quite successfully," he says.

"It's not a problem at all to remove it, or leave it for some other use, possibly to identify myself in some other place, maybe to unblock a phone or notebook."