Belfast in turmoil as Brexit stokes tensions in Northern Ireland

A week of unrest in Northern Ireland showed no sign of letting up Thursday night.

INTERNATIONAL NEWS - Rioters waged a running battle with police in Belfast on Thursday night - tossing petrol bombs, setting fires and dodging jets from water cannon as a week of unrest showed no sign of letting up.

Hundreds of boys and young men gathered from early evening in a western neighbourhood in the Northern Ireland capital, which has been riven by violence over Brexit and domestic politics.

Petrol bombs burst into flames in the street and fireworks were aimed into police formations, exploding and smothering their lines in thick smoke. 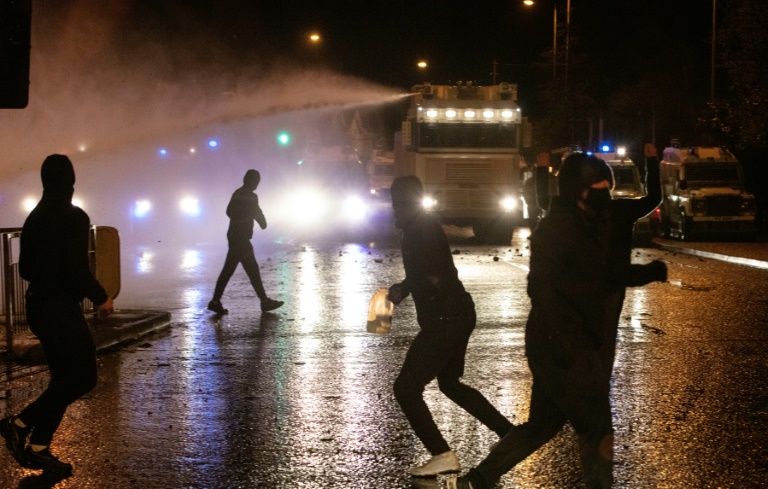 Hundreds of young men and boys gathered from early evening in a western Belfast neighbourhood.

Behind riot shields and with batons drawn, police drove back the surging crowds late into Thursday night, as locals peered out of their windows to witness the spectacle.

When one group tried to push a vandalised car into the police barricades, a lumbering water cannon forced them away with powerful spraying jets.

A police loudhailer warned crowds to disperse or face arrest.

"Force may be used," the female voice rang out.

Northern Ireland was the site of "The Troubles" sectarian conflict, which wound down in 1998 - but Brexit has been partially blamed for igniting old tensions. 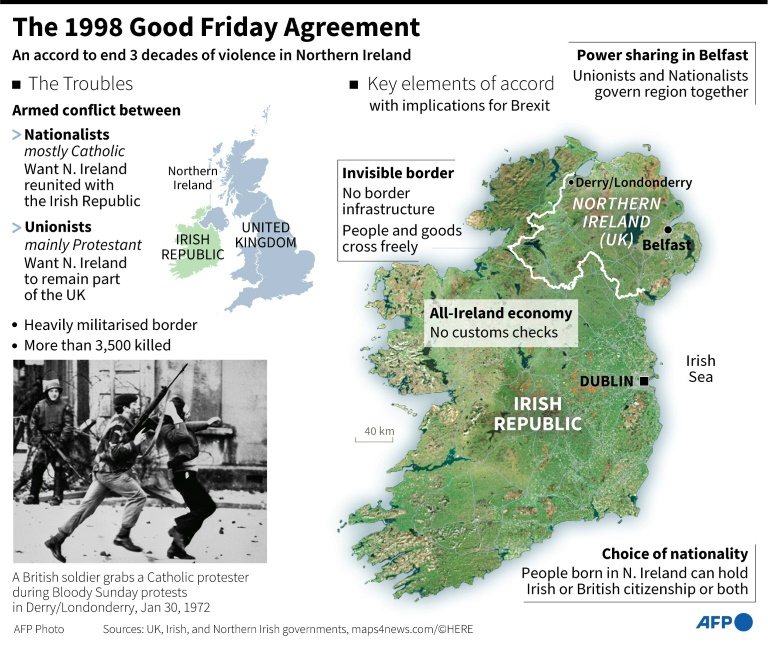 The unrest started last week in the pro-UK unionist community, where tensions are high because of new post-Brexit rules some feel are dividing the region from Britain.

But the pro-Ireland nationalist community has begun to respond in scenes like those of Thursday night.

Nationalist and unionist communities in Belfast are often separated by towering "peace walls" to guard against projectiles.

On Wednesday there were ugly scenes when warring groups from unionist and nationalist communities faced off at a gate in the peace wall between their neighbourhoods.

The doors are etched with a slogan reading: "There was never a good war or a bad peace." 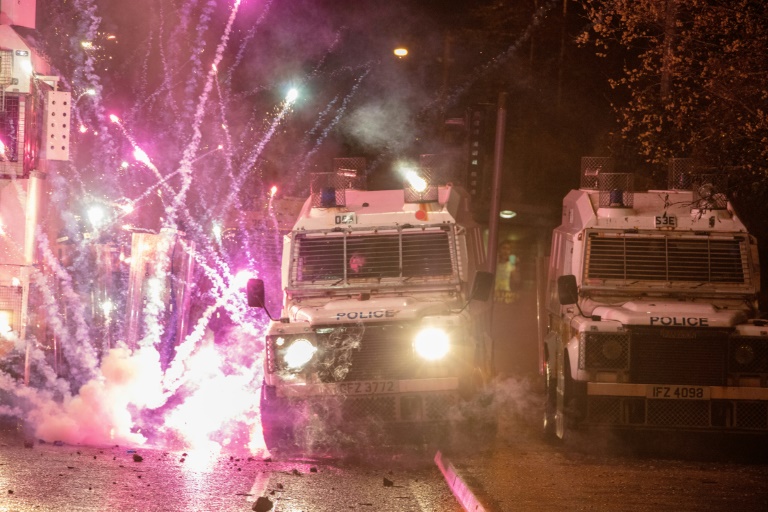 Riot police formed ranks with armoured Land Rovers, as fireworks and petrol bombs were thrown at them.

But the gates were pried open and rioters traded missiles in vicious confrontations.

"It's deep rooted, it's not just about Brexit although Brexit has done something as well obviously," Belfast native Fiona McMahon told AFP earlier on Thursday.

"We have been scuppered big time," she said, voicing the sense of exasperation many here feel over Britain's split from the EU.

The rising unrest has caused a political crisis in Northern Ireland, with the regional assembly recalled to address the violence on Thursday.

British Prime Minister Boris Johnson, his Irish counterpart Micheal Martin and US President Joe Biden have all called for calm. 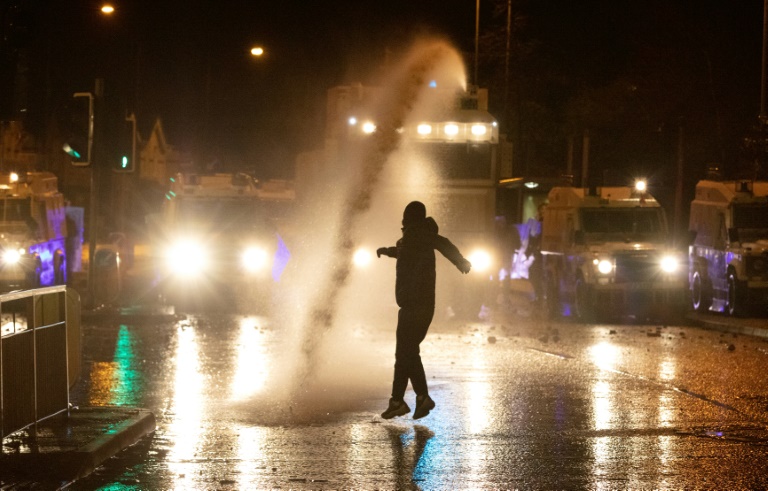 Meanwhile police have pleaded to those with "influence" in the community to hold back the crowds from participating in riots.

On Thursday dozens of older men and women stood at the gates where violence had flared the previous night and refused to let rioters approach.

A small number of men dismantled a fire being started and blocked others approaching the gate with projectiles.

Two amongst the crowd told AFP they were concerned figures from the surrounding community - a sign that those who still remember "The Troubles" are unwilling to let the region slide back into its dark past.