Bali prays as virus hits tourism on Island of the Gods

The Galungan holiday at Jagatnata temple on Indonesia's resort island of Bali has been hit by concerns over the coronavirus outbreak.

INTERNATIONAL NEWS - Bali's Galungan festival celebrates the triumph of good over evil, but a new enemy was threatening that cosmic balance this year - coronavirus.

Temples across the Island of the Gods were filled with faithful who hoped incense-and-flower offerings would get Hindu-majority Bali back on its feet after a drastic slump in Chinese visitors hammered the key tourism sector.

"We're praying for good things in this universe and that the virus is gone soon so Bali's tourism can bounce back," priest Made Langgeng Buwana told AFP during the recent February Galungan celebration in the capital Denpasar.

Concerns over the rapidly-spreading outbreak prompted Indonesia to shut down all flights to and from China last month, dealing a body blow to scores of Bali businesses including restaurants, hotels, travel agents, wedding planners and Mandarin-speaking interpreters.

Around a million Chinese tourists visit the holiday island each year - the second-largest group of foreign arrivals after Australians - and inject hundreds of millions of dollars into the local economy.

Thousands travelled there from the mainland for last month's Lunar New Year holiday just as the virus outbreak was beginning to snowball, prompting the lockdown of China's Hubei province where the infection was first detected. 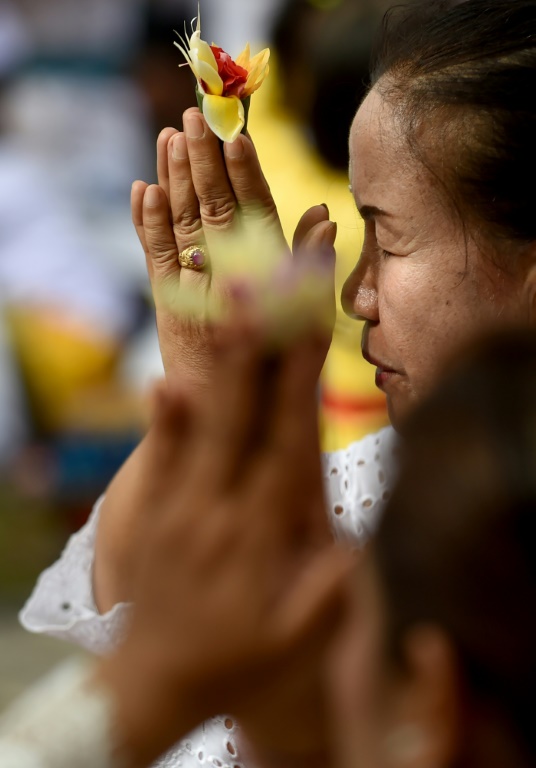 Concerns over the rapidly-spreading virus outbreak prompted Indonesia to shut down all flights to and from China last month.

In Bali, some China-focused businesses have closed and others say they're on the brink of bankruptcy.

Management at one upscale hotel was so desperate to cut costs they told employees to wear street clothes on the job to reduce uniform cleaning expenses, according to staff.

Bali's tourism industry has suffered - and recovered - before, including when volcano Mount Agung erupted in 2018.

"There was a drop then but not something like this," said Robin, 29, an Indonesian interpreter who used to guide wealthy Chinese around the island. 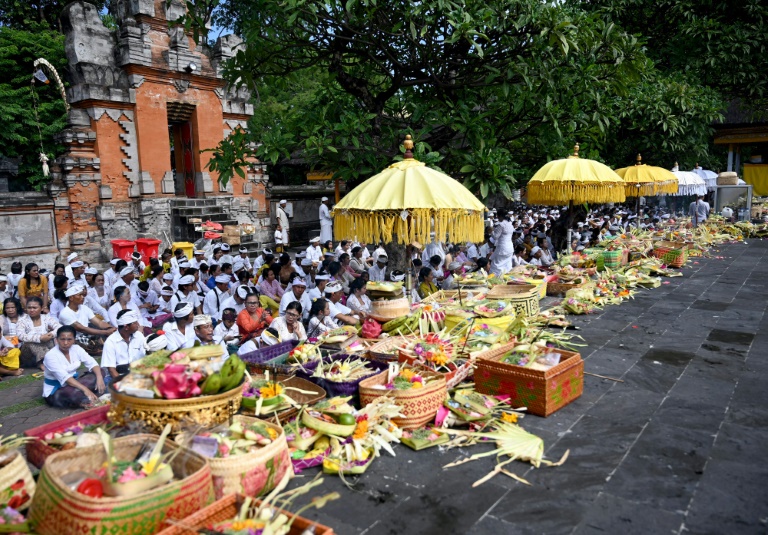 Jakarta has announced more than $700 million in stimulus to bolster Southeast Asia's biggest economy as its tourism sector takes a hit from coronavirus concerns.

But the number of visitors from Australia, Japan, North America and Europe is stable, despite unfounded reports that Bali is a ghost town, he insisted.

"I don't worry about the virus," Astawa said in an interview.

"I worry about social media hoaxes hurting the image of our tourism sector. I'm tired of fighting it."

Chinese tourists used to roll in for wedding photos, massages in thatched huts, beachside camel rides and a $17 'Dream Dinner' package with a fire-dance show. 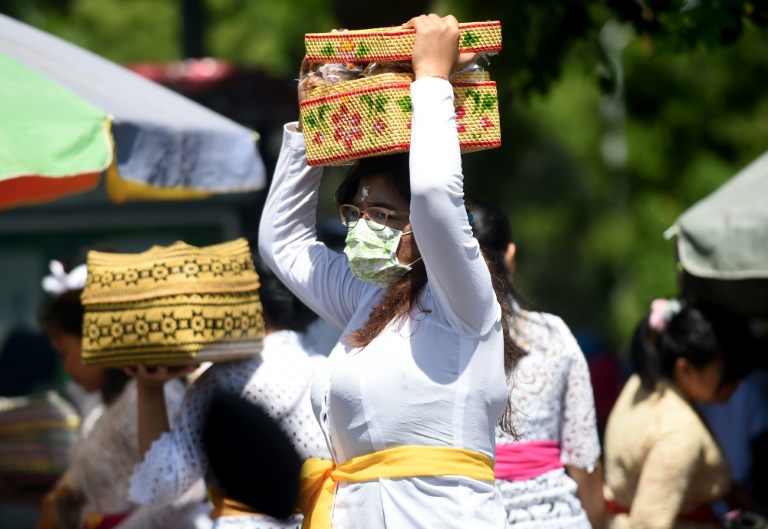 Around a million Chinese tourists visit the holiday island of Bali each year - the second-largest group of foreign arrivals after Australians.

Those eateries are now closed, the ferries are beached and Dream Island is headed for bankruptcy with half the staff on leave, said manager Wayan Tirta.

"Now we're trying to get local students to come here because there aren't any tourists," he said, plunging his hand downward to show the drop in business.

"We've been fatally impacted by the outbreak and are just trying to stay afloat."

At Dream Island's deserted Mermaid Bay restaurant, Arik and two other staff played with their smartphones as a pair of unemployed camels lay in the sand nearby. 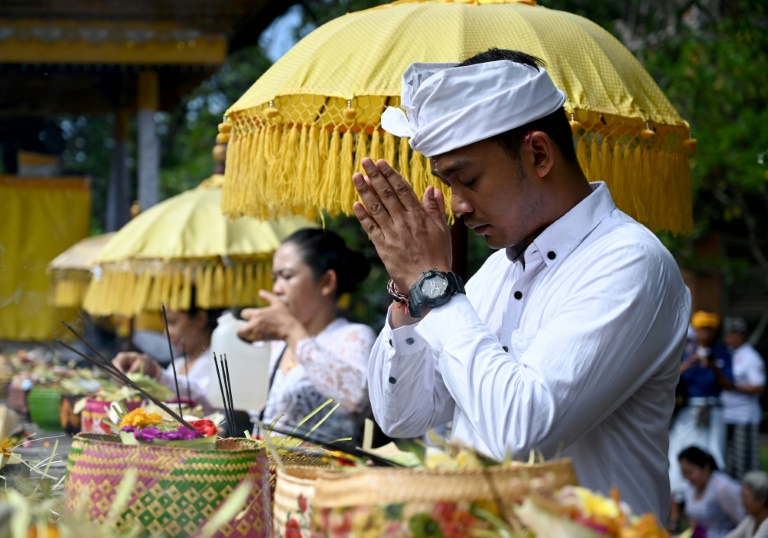 Bali's Galungan festival was this year filled with faithful who hoped incense-and-flower offerings would get the island back on its feet after a drastic slump in Chinese visitors.

"We don't have anything to do. Hopefully we'll get some more guests," she said.

In Denpasar, OYO 1992 China Town Hotel - draped in bilingual signage and a huge lobby painting of a woman with a Chinese-style fan - is also feeling the pinch.

The hotel once employed scores of massage therapists who relied on mainland tourists, but that crucial moneymaker has dried up.

"At the end of the day, we're probably going to close down."