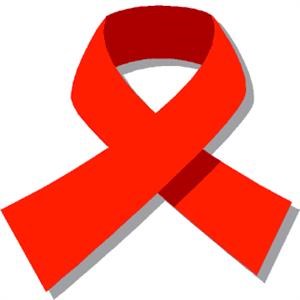 INTERNATIONAL NEWS - Gay men who have five or more sex partners per year are part of a high-risk group that could benefit from a daily pill to ward off HIV, said a cost-benefit analysis by US researchers on Monday.

The study by experts at Stanford University, published in the Annals of Internal Medicine, looked at the costs involved with prescribing a $26 a day pill to men who have sex with men.

The pill, Truvada (tenofovir-emtricitabine), was shown in a landmark 2010 trial published in the New England Journal of Medicine to prevent HIV infections in as many as 73 percent of gay men who took it regularly.

Gay men account for the more than half of the 56,000 new cases yearly of human immunodeficiency virus in the United States, according to the Centers for Disease Control and Prevention.

However, questions have been raised about whether it would make financial sense to recommend that large populations of gay men take a daily pill as prevention, or a technique known as pre-exposure prophylaxis (PrEP).

"Promoting PrEP to all men who have sex with men could be prohibitively expensive," said Jessie Juusola, a PhD candidate in management science and engineering in the Stanford School of Engineering and first author of the study.

"Adopting it for men who have sex with men at high risk of acquiring HIV, however, is an investment with good value that does not break the bank."

Prescribing the pill generally to men who have sex with men in the United States would cost $495 billion over 20 years, but targeting those at highest risk only would bring costs down to $85 billion, said the study.

Looking out over the next two decades, researchers calculated a total of 490,000 new infections if PrEP is not used.

But if 20 percent of gay men take the pill daily, there would be nearly 63,000 fewer infections.

Researchers used a measure of how long people live and their quality of life, valued at $50,000 per year, versus the average costs of the pill and doctor visits totaling about $10,000 per year.

"However, even though it provides good value, it is still very expensive," added Juusola.

"In the current health-care climate, PrEP's costs may become prohibitive, especially given the other competing priorities for HIV resources, such as providing treatment for infected individuals."

Previous research has found the pill as prevention would not make financial sense if taken for life, but the Stanford team said its formula differed because it presumed just a 20-year period of pill-taking.

Truvada is currently available as a treatment for people with HIV in combination with other anti-retroviral drugs.

Drug maker Gilead Sciences Inc. of California has filed a supplemental new drug application to market it for prevention purposes.