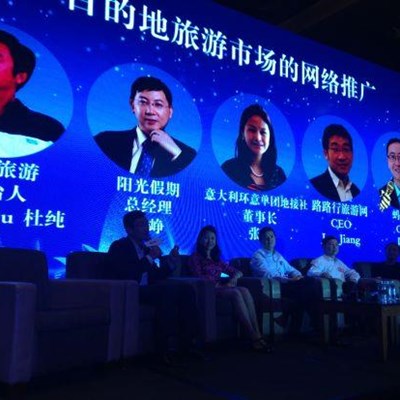 At the World Internet Conference with China
INTERNATIONAL NEWS - International rights group Amnesty International on Tuesday described a major Chinese-organised Internet conference as chilling, calling it an attempt to have a greater say in the rules that govern the web.

The Chinese government has set up the World Internet Conference in Wuzhen this week with the theme "An Interconnected World Shared and Governed by All", according to its website.

"China appears eager to promote its own domestic Internet rules as a model for global regulation. This should send a chill down the spine of anyone that values online freedom," William Nee, China researcher at Amnesty, said in a statement.

"China's Internet model is one of extreme control and suppression," he said.

China censors online content it deems to be politically sensitive, while blocking some Western media websites and the services of Internet giants including Facebook, Twitter and Google.

GreatFire.org, which monitors banned websites and keywords in China, said Tuesday that Beijing had just blocked "thousands" of sites using subdomains of edgecastcdn.net, which it described as one of the world's largest content delivery networks.

The World Internet Conference, which begins Wednesday, says it aims to "promote the development of (the) Internet to be the global shared resource for human solidarity and economic progress".

A session on "Constructing a Peaceful, Safe, Open and Cooperative Cyberspace" is described as closed-door and for invited guests only.

Some journalists registered to attend the conference were sent notices on Monday laying down rules for reporting.

"If the conference has not arranged an interactive session, please do not ask questions or interview at the scene," it said, adding: "During the meeting please do not walk about at will within the venue."

Asked to clarify the rules, a media contact said foreign journalists could apply to interview conference delegates beforehand through its official website.

Foreign participants in the conference include representatives of chip maker Qualcomm and professional networking site LinkedIn, according to the event website.