89 still missing at sea after cyclone slams into India

Planes and helicopters were still searching for 89 workers missing from one of several support vessels that slipped its moorings in the storm and sank.

INTERNATIONAL NEWS - Eighty-nine people remained missing in India and hundreds of thousands were without power on Wednesday in the wake of a major cyclone, adding to the country's woes as it suffered a record number of Covid-19 deaths.

Slamming the western coast late Tuesday, Cyclone Tauktae was the latest in what experts say is a growing number of ever-bigger storms in the Arabian Sea because of climate change warming its waters.

But planes and helicopters were still searching for 89 workers missing from one of several support vessels that slipped its moorings in the storm and sank. 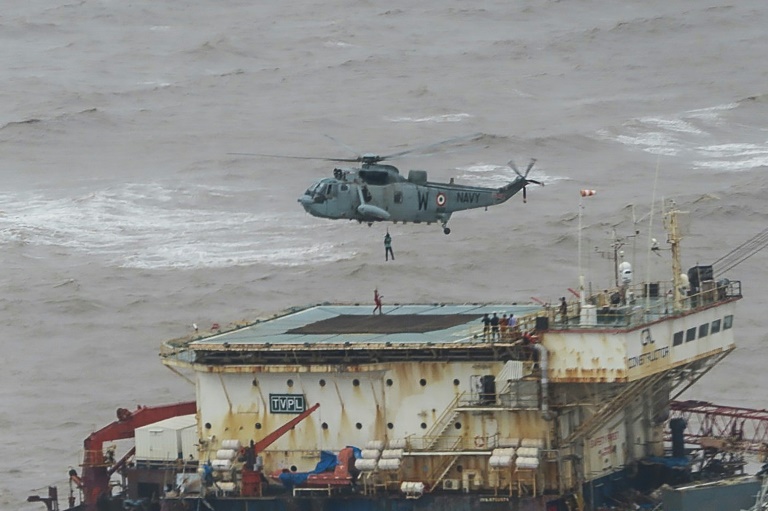 The Indian military has launched search and rescue operations at sea for people missing after the storm hit.

M.K. Jha, head of the Naval Western Command, said that the sea was so rough that they could not board life rafts.

Those rescued have "hope in their eyes but certainly they are distressed... they have been battered by the sea conditions for multiple hours," Jha told the NDTV news channel.

Even before making landfall in Gujarat state with gusts up to 185 kilometres (115 miles) per hour, associated heavy rains and strong winds killed around 20 people in western and southern India.

Once it hit, the toll rose to at least 33 including a child crushed by a collapsing wall, an 80-year-old woman killed by a falling pole and a teenage girl by a crumbling roof. 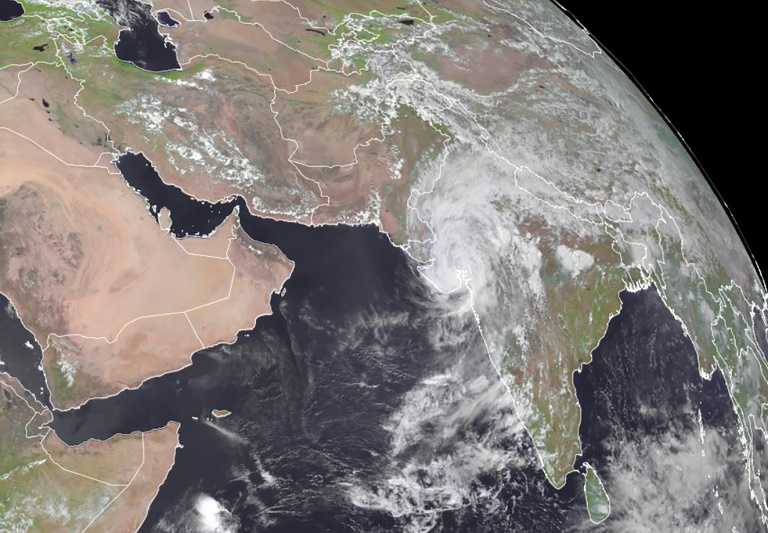 "I have never experienced such intensity in my life," said a hotel owner in the town of Bhavnagar where the winds smashed windows on the seafront and sent trees and power lines toppling.

Power was restored to around 2,100 villages, but hundreds of thousands of people remained without power on Wednesday.

Although the cyclone was one of the fiercest in decades, better forecasting than in previous disasters meant that 200,000 people in danger zones - including hundreds of Covid-19 patients - were moved to safety.

The deadly weather system hit as India's healthcare system struggled with a coronavirus surge that in the past 24 hours killed a record 4,529 people.

"This is one of the most powerful cyclones we've faced in India for decades, and after weeks of chaos and devastating loss of life caused by Covid-19, it could not have come at a worse time," said Santanu Chakraborty of the charity Save the Children.

"Thousands of children and their families have lost their homes and their livelihoods, and the damage caused to roads and infrastructure will put even more pressure on local administrations already struggling to cope with the fallout from the pandemic."

The Arabian Sea previously experienced fewer severe cyclones than the Bay of Bengal but rising water temperatures because of global warming was changing that, Roxy Mathew Koll from the Indian Institute of Tropical Meteorology told AFP.