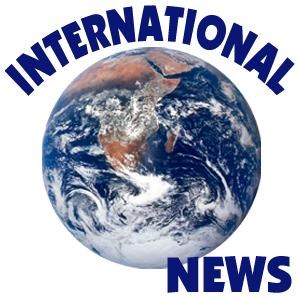 INTERNATIONAL NEWS - Want to journey to a grittier time in New York City's not-too-distant past, when the murder rate was sky-high, Times Square was a crossroads of crime and pornography, Starbucks had yet to arrive, and hardly anyone owned a cellphone?

A project designed to promote an art exhibit has turned 5,000 Manhattan pay phones into time machines that take callers back to 1993, a pivotal year in the city's art, culture and politics.

Pick up a receiver on the rarely used phones that still dot the New York streetscape, punch 1-855-FOR-1993 and you will hear a notable resident recounting what life was like on that block 20 years ago.

"We liked, creatively, the idea of using a sort of slightly broken, disused system as the canvas of this project," said Scott Chinn of Droga5, the ad agency behind the campaign for an exhibit titled "NYC 1993: Experimental Jet Set, Trash and No Star."

The narrators describe a New York that was dirtier, bloodier, raunchier and less gentrified than today - but also an easier place for a talented young person to gain a foothold.

Batali says in his sound bite that opening a restaurant was easier in 1993 when he debuted his first restaurant, Po.

"You didn't have to have a rich daddy or an investor or put together a team or anything like that," he says. "It's sad to watch the cost of business push the real individualist entrepreneurs out of the game."

"The rats were huge," he says. "They were as big as cats, so you had to walk in the middle of the street. It's amazing what they turned it into. It's cool but it's lost its, like, authenticity."

The city's AIDS crisis peaked in 1993 at 12,744 diagnoses. Terrorists staged the first attack on the World Trade Center. The look of the city has changed dramatically as national retailers have replaced independent merchants. New York City's first Starbucks opened in 1994.

"There was a presence of a kind of downtown underground scene which you really don't experience in New York anymore," recalled Gary Carrion-Murayari, curator of the exhibit at the New Museum featuring 161 works, many intended to shock with sexual imagery.

Lutz Bacher's "My Penis," for example, repeats a video snippet from the 1991 Florida rape trial of William Kennedy Smith, a nephew of the late Sen. Edward Kennedy, in which Smith testifies about the organ in question.

In Pepón Osorio's "The Scene of the Crime (Whose Crime?)," a blood-soaked sheet covers what appears to be a corpse. Four nude mannequins join hands and stare into space in Charles Ray's "Family Romance." Political issues are tackled head-on in works like Sue Williams' "Are you Pro-Porn or Anti-Porn?"

The exhibit and accompanying pay phone campaign run through May 26.

Pay phones in the Times Square area feature X-rated talk-show host Byrd describing the neighborhood before Disney musicals and theme-park stores made it safe for tourists.

"The area wasn't really as dangerous as people thought it was in those days," Byrd says. "Because most of the bums that you thought were bums on the street were really undercover cops."

She adds: "It was a great time. It's too bad it's changed because now it's very pasteurized, homogenized, and it looks like Vegas."